Zurich Airport represents the most significant international airport in the country and the principal hub of Swiss International Air Lines. The facility serves Zürich, Switzerland’s largest city, and, with its surface transport links, much of the rest of Switzerland. 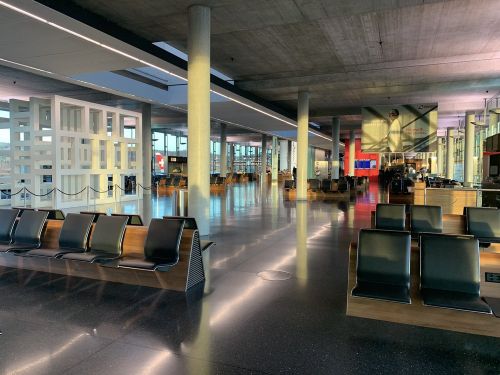 Check-in options Passengers are welcome to choose the check-in option, which is the most convenient for them. For avoiding long waiting times, the airport recommends using the Web check-in. Luggage can be handed in at the “Bag Drop “desk. Online Check-In The online check-in allows travelers to check-in conveniently and quickly from the comfort of their own home. To check-in online, all passengers require is Internet access and their flight details. Commuters can use registration directly by using the website for their airline. Travelers can print out their boarding cards at home. Commuters can then hand over their luggage at the “Bag Drop “counter in the respective check-in area at the airport. Desk check-in First and second check-in areas are located just before the entrance to the passenger area, while the third check-in can be reached directly above the airport train station. Check-in machines Commuters can save ti 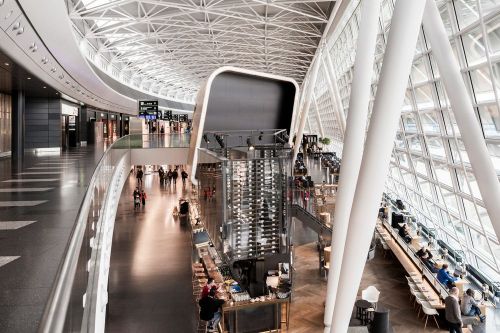 Because of the biometric data available on passports, commuters can now cross the Schengen border without the intervention of the third-party. Commuters who would like to use an automated passport control gate are required to fulfill the following conditions: At least 18 years old Biometric passport/e-passport (not an ID card) Citizen of Switzerland or an EU/EEA country The automated passport control at Zurich Airport is voluntary for travelers. The staffed passport desks can still be used without any restrictions. Automated passport control Passengers should place their biometric passport on the passport reader at the security gate and wait until the document’s validity has been verified, and the entrance door opens. After passing through the security gate, a biometric comparison is performed between a picture of the face (live recording) and the electronic photo stored in the e-passport. At the same time, of the biometric facial ver 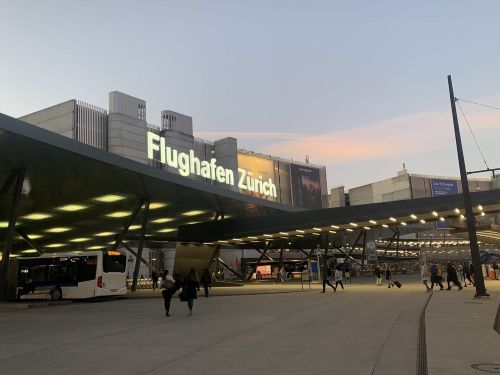 Terminal complex The airport includes three airside piers, which are known as terminals A, B, and E (signposted as Gates A, B/D, and E). Terminals are linked to a central airside building called Airside Center, established in 2003. Together with the Airside Center, the ground-side terminal complex referred to as Airport Center comprises various buildings and includes airline check-in areas, a railway station, a shopping mall, car parks, and a bus and tram terminal. All departing commuters access the same departure level of the Airside Center, which contains duty-free shopping and various restaurants and bars, via airport security.The three airside terminals are: Terminal A Terminal A includes gates prefixed A. It opened in 1971, and it is used solely by flights to and from destinations inside the Schengen Area, including regional flights within the country. Since its expansion and development in 1982-1985, it takes the form of a finger pier, wh

Zurich Airport can be found 13 kilometers (8 miles) north of central Zürich, in the municipalities of Oberglatt, Rümlang, Winkel, Kloten, and Opfikon, all of which are situated within the canton of Zürich. The precise address of the property is 8058 Kloten, Switzerland. 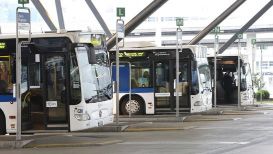 Regional buses 16 bus and Postbus routes are connecting the central municipalities in the Zurich Oerlikon, Glatt valley, and Zürcher Unterland regions to the airport. Departures range from about every 10 minutes to hourly. The covered bus station at Zurich Airport is the most significant in the country and provides direct access to the check-in areas and the Airport Shopping. Glattalbahn tram service The no. 10 tram runs approximately every 7 1/2 or 15 minutes directly from the airport to Zurich’s central railway station via Oerlikon, Glattpark, and Irchel. The no. 12 tram runs from the facility to Stettbach station by Glattbrugg and Wallisellen station. The tram runs every 15 minutes and provides commuters with many interchange options for destinations across the network. The no. 12 tram offers a comfortable, fast, and inexpensive service through the Glatt valley area. One ticket for Zone 121 is all passengers need for the whole of t 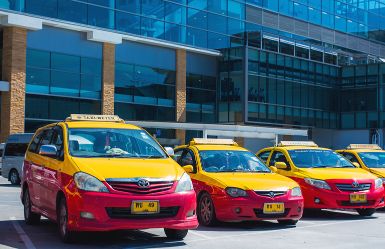 Taxis The airport taxi ranks are conveniently located in front of Arrivals 1 and 2. A taxi trip from Zurich Airport to Zurich city center costs approximately CHF 70 (EUR 56). Passengers can reserve their taxi in advance by calling +41 43 444 11 00 The benefits of the facility taxis are listed below: Modern cars (white estate vehicles) with plenty of room for the luggage. Over 130 cars and 200 drivers are available, and waiting between 06:00 am and 11:30 pm. 24-hour Airport Taxi Hotline can be reached on the number: +41 43 444 11 00 Credit cards are accepted in all cars, VAT-compliant receipts available Taxi coordinator on hand even during peak hours The control center, 24 hours a day, 365 days a year. All drivers are required to pass a taxi exam in Kloten and speak several languages Official airport taxis can be recognized by the illuminated “AIRPORT TAXI” sign. If a driver approaches passengers from another taxi firm on the airpo

Cars Pre-booked rental vehicles can be collected easily and quickly at Zurich Airport. A large selection of popular hire car companies like Alamo, Avis, Budget, Thrifty, Enterprise, Hertz, National, Sixt, and Flughafen Zurich are on hand to assist. Hire car collection The car hire center can be accessed in the Airport Center (level 1). Operation hours 06:00 am – 11:30 pm. For returning a hire car, passengers should follow the “Rental Car Return, P3” signs when approaching the airport. A petrol station is conveniently available on the airport grounds. If commuters have any questions or concerns, they can contact their chosen car hire company directly. 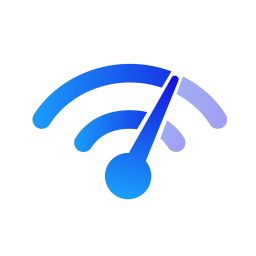 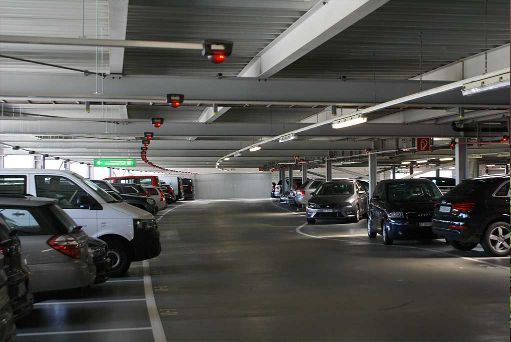 Zurich Airport provides commuters with various waiting and parking options for drivers picking up or dropping off travelers at the airport. Check-in 1 & 2 Travelers can be dropped off free of charge for the first 15 minutes in the Check-in 1/2 zone. After 15 minutes, CHF 1 per minute will be charged. The stopping zones for Check-in 1 and Check-in 2 are signposted. Commuters using Check-in 3 are advised to park in car park P3. Arrival 1 & 2 / Picking up The lower curbside level provides a convenient short-term parking option, Arrival 1 & 2, for picking up commuters directly in front of the arrival halls. Park & Charge The newly opened “Park & Charge” area available on level 6 of car park 6 has 38 modern charging stations and is ideally equipped for the next visit of passengers. The area is open round the clock, and commuters do not require to be a member of a charging network. Parking spaces can be reserved con 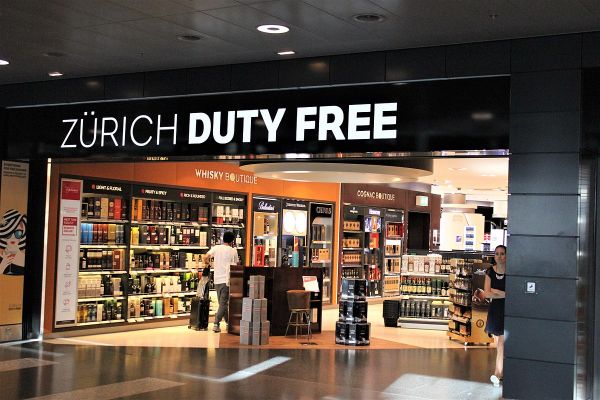 Passengers are welcome to discover the variety of flavors from around the world. Italian, Swiss, and Asian specialties, light snacks, and gourmet meals – at the facility’s 60 different restaurants, consistently fresh ingredients will transport them to the corners of the earth. To always provide passengers with a unique shopping experience, the product range is being continuously developed. In the cosmetics department of the walk-through duty-free store on Level 1 of the Airside Center, they can now find the following exclusive brands: Crème de La Mer, Molton Brown, Bobbi Brown, and Nuxe as well as an expanded Tom Ford selection. Commuters can discover the mysterious fragrances and high-quality care products available in the duty-free store.

Zurich Airport represents the most significant international airport in the country and the principal hub of Swiss International Air Lines. The facility serves Zürich, Switzerland’s largest city, and, with its surface transport links, much of the rest of Switzerland.

In 2019, the facility received the World Travel Award in the category “Europe’s leading airport” for the 17th time in a row. The Skytrax Award also rates ZRH among the top 10 airports in the world for millions of commuters each year.

The first flight abroad from the country landed in 1921. During the early years of aviation, the Dübendorf Air Base, located approximately 8 kilometers (5.0 mi) to the south-east of Zurich Airport, also operated as the city’s commercial airfield. The demand for a dedicated commercial facility led to the search for a new location at which to establish a replacement airport.

Construction of the facility started the following year.

Initial plans for the airport were centered on facilities capable of handling international airline traffic. Aircraft of about up to 80 tons were envisaged. The primary runway was to be constructed for use in all weather and at night, with a 400-meter wide hard surface running to 3,000 meters in length. Additional 100-meter (330 ft) areas were to be provided for lateral protection in case of runway excursions. Other domestic runways, from 1,000 to 1,400 meters (3,300 and 4,600 ft) in length, were also to be established.

The facility was again submitted and approved for reconstructions in 1970, and Terminal B was finished in 1971. The very first signs of noise mitigation for the facility were in 1972, when a night-time curfew was established, as well as in 1974, when new approach routes were introduced. Runway 14/32 at the airport was opened in 1976, and the same year 16/34 started renovations.