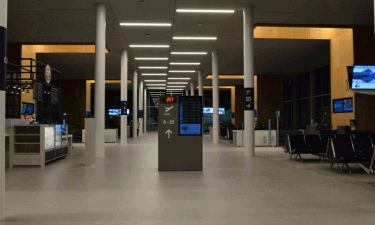 Security Measures CATSA represents a crown corporation that works on a not-for-profit basis. The organization is accountable to the Minister of Transport for the delivery of effective, consistent, and highly professional service at or above the standards set by federal regulations. The authority will be responsible for several essential security initiatives: pre-board screening of travelers and their belongings training and certification of screening agents all security devices and equipment at airports buy, deployment, maintenance, and operation of explosive detection methods federal contributions toward facility policing related to civil aviation security, and operating with the RCMP on the Air Carrier Protection Program which assigns agents on selected flights Transport Canada will proceed to audit security programs to guarantee compliance. VAA, airlines, pre-board screeners, and others are in charge of implementing Transport Canada’s 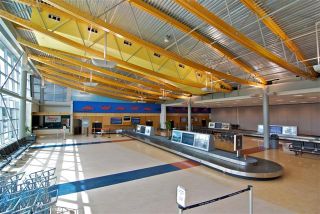 Canada Border Services Agency is available at YYJ facility to establish, perform, and protect the border of the country. Its agents are performing to make sure that all passengers who arrive in the country are allowed and comply with the established laws and regulations. By working at the airport, CBSA administrators recognize people who may carry a possible threat. Agents are operating to remove passengers who are identified as inadmissible in the country. By examining the goods that arrive at Canada’s borders, CBSA managers are making sure that no illegal items enter the nation, and all applicable taxes and duties on the merchandise are gathered. 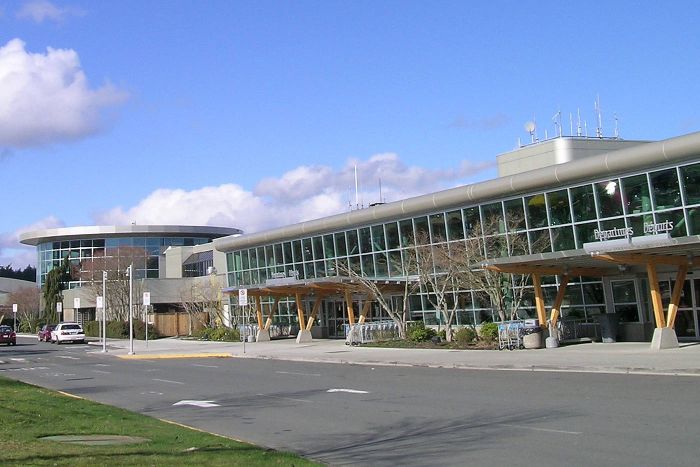 The three-level passenger terminal at Victoria International Airport can be recognized by its glass-enclosed round center - with Arrivals area available to the left and Departures to the right. Terminal operating hours are from 03:30 am to 01:30 am. In the past few years the passenger terminal was significantly renovated: The most recent reconstructions included expansion of pre-board security screening area, a new food court available in the west part of the lower passenger departure lounge, a new retail store from the east side, centrally accessible elevator /stairway /escalator at terminal’s southeast corner, and new furniture in the upper commuter departure lounge. The building houses a new baggage handling system. The Lower Passenger Departure Lounge available on the first level leads to the second level’s Upper Passenger Departure Lounge as well as the airline gates. The third level includes the Observation Lounge and a histori

Victoria International Airport serves Victoria in British Columbia, Canada. The facility is approximately 14 miles (22 kilometers) north northwest of Victoria on the Saanich Peninsula, with the bulk of the property (including the passenger terminal) in North Saanich, and a little part of the airfield increasing into Sidney. The address of the facility is 1640 Electra Blvd, Sidney, BC V8L 5V4, Canada. 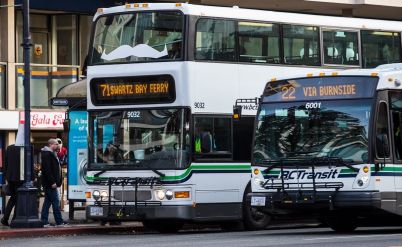 Public Transportation B.C. Transit provides transportation services at Victoria International Airport with up to 28 departures to and from the facility and the McTavish Transit Exchange with various connections to the Saanich Peninsula, Swartz Bay, and Downtown Victoria. The cost is $2.50 one bus, Sidney and Saanichton. The price for most of Greater Victoria and departure from the airport to downtown is approximately $5.00. Passengers should remember that oversize baggage and backpacks can be challenging to accommodate. In the interests of personal safety of travelers, it is required to place bags on the lap or on the floor where it will not obstruct the aisle way or other passengers. Bike rack use is available on regular buses anytime.

Taxi and shuttle Victoria International is served by the following shuttle and taxi bus service: The Direct Link Between Victoria International Airport and Downtown Victoria! Comfortable and spacious shuttles, with ample room for families, groups, all their luggage, and travel necessities. The safety of the passengers represents the number one priority of the agency. Shuttle drivers are professionally qualified to provide courteous and safe service. The last shuttle departs from the facility at 11:45 pm for Victoria daily. Yellow Cab ​Yellow Cab of Victoria delivers the fastest, most comfortable taxi services in Victoria as well as the surrounding areas. Yellow Cab Taxi Service represents an owner-operated company serving the people of Greater Victoria since 1921. Yellow Cab of Victoria is committed to providing a courteous, safe, and efficient taxicab service. Payments with credit and debit cards are conveniently available in each vehic 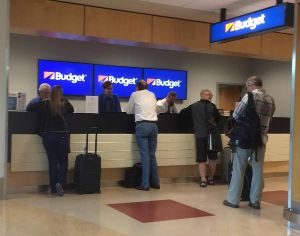 All on-airport rental car company desks are conveniently located in the Arrivals area directly across from the Information Counter. Off-airport rental car representatives do not have counters at the Victoria International Airport. Pick-up needs have to be pre-arranged at the time of booking. The off-airport customer pick-up area is available across the crosswalk at the arrivals end of the terminal. Passengers are welcome to find Avis, Budget, Hertz, National. And Thrifty car rental counters available at the airport. 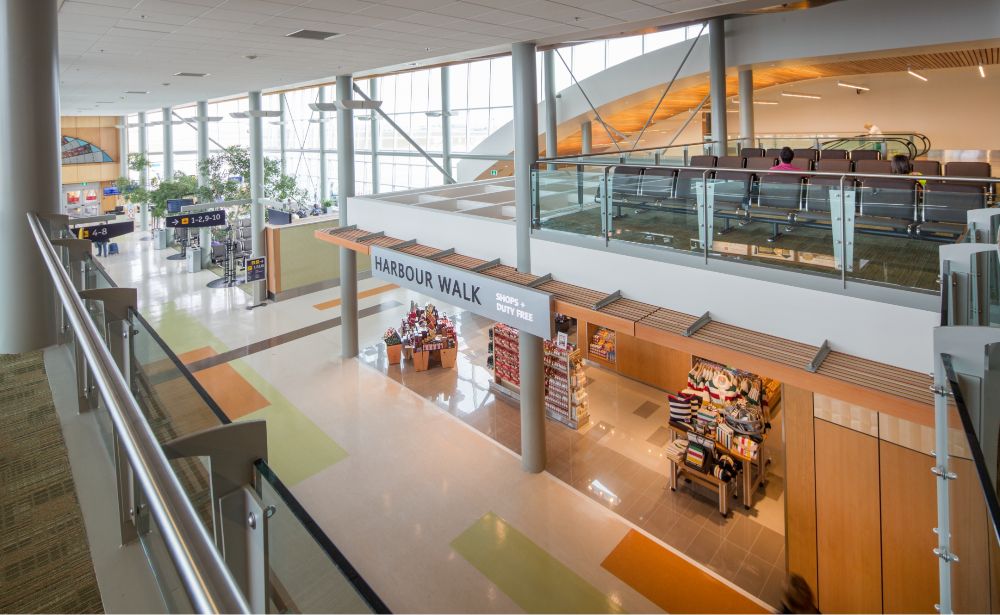 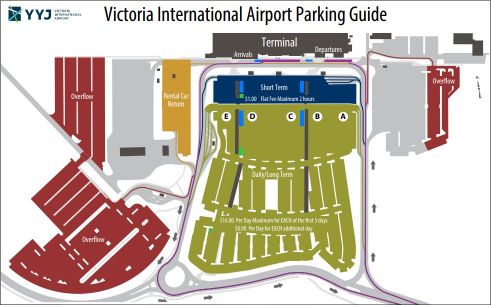 Short-Term The short-Term parking lot is available right in front of the terminal. Flat Fee of a maximum of two hours at the lot costs $1.00. Long-Term For passengers who are interested in parking their vehicles for several days, parking a car in the long term lot represents the best option. Commuters are welcome to keep their vehicle in the daily/long-term area, which costs $16.00 per day maximum for each of the first five days. Each additional day of parking in the lot is available at a price of $8.00. However, the area is located a little further than the short-term area. Passengers should remember that paying is possible on exit cash/credit, and the lot should be used for stays longer than two hours. Charging Locations Six dedicated Level 2 charging locations are available in the long term parking lot and two of them in the short term lot. The use of the stations is included in the parking cost with no additional fees charged for electrici 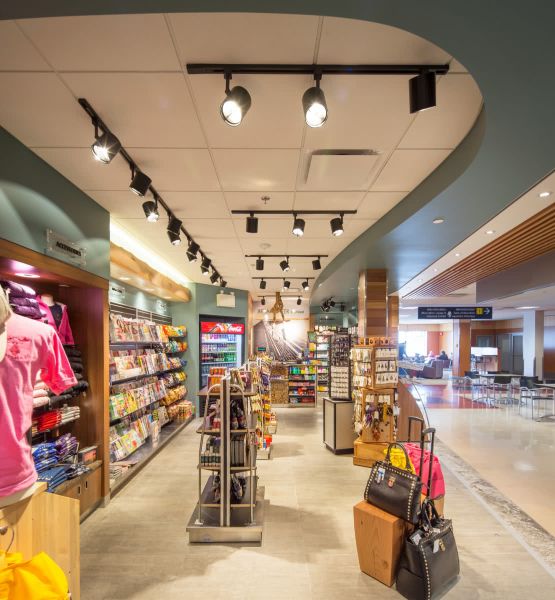 Harbour Walk Shops Harbor Walk Shops are available after the security checkpoint. Stores offer Duty-Free products; however, passengers should remember that Duty-Free items should be purchased at least 30 minutes before boarding time. For receiving any additional details and further details commuters should contact (250) 654-0762 Operation Hours: 04:30 am - 08:45 pm (Duty-Free 05:00 am)

Victoria International Airport is categorized as a facility of entry by Nav Canada and is currently staffed by the Canada Border Services Agency (CBSA). CBSA representatives at YYJ can operate aircraft with no more than 450 travelers when unloaded from the aircraft in stages, or 120 usually. The airport does not have United States customs and border preclearance. However, many commuters fly first to Vancouver International Airport (YVR), which does provide U.S. preclearance.

Like most airports that are operated by local authorities in Canada, YYJ charges an airport development fee for each outgoing customer. As of 2018, it was $15.00 per departing traveler. AIF fees are typically added to fares and collected automatically by most airlines.

The property started in 1939 as a grass strip and was utilized as a military training airfield. During the early period of WWII (1940 - 1941), the airfield was operated as Royal Air Force Station Patricia Bay, for training personnel for basic flying training, preparatory to returning them to the United Kingdom.

The facility is located beside Patricia Bay, which, because of the prevalence of flying boats at the time, confirmed to be an excellent location. The Department of Transport took over the property in 1948.

During the late 1980s, the RCAF returned to the airport when 443 Helicopter Squadron started operating CH-124 Sea King ship-borne anti-submarine helicopters from YYJ. The RCAF calls 443 Squadron operations at the airport the Patricia Bay Heliport.

In 1959, the facility was renamed to the “Victoria International Airport.”

In 2000, the Victoria Airport Authority started the process of reconstruction and developing the terminal to meet commuters’ needs. In 2002, the new “arrivals rotunda” and the new “airside hold room” were reconstructed. By 2005, the new “departures area” was finished.

In May 2005, the federal government, which currently owns the land, declared a reduction in the rent paid by the Victoria Airport Authority. This will save $0.6 million Canadian annually and $12 million CAD over the life of the lease of 50 years.

In 2018, United Airlines declared that the daily United Express flight from Victoria to San Francisco would permanently stop operations on 7 January 2019, closing over a decade of regular nonstop service between the two cities.

In 2019, Delta Airlines declared that all Delta flights from Victoria to Seattle would permanently stop on 2 September 2019, ending a three-year presence by the airline in Victoria and leaving Alaska Airlines as the only airline serving Victoria from Seattle or anywhere in the U.S. Delta’s determination also marked the second airline to leave Victoria in 2019 after United Airlines withdrew its services in January 2019.