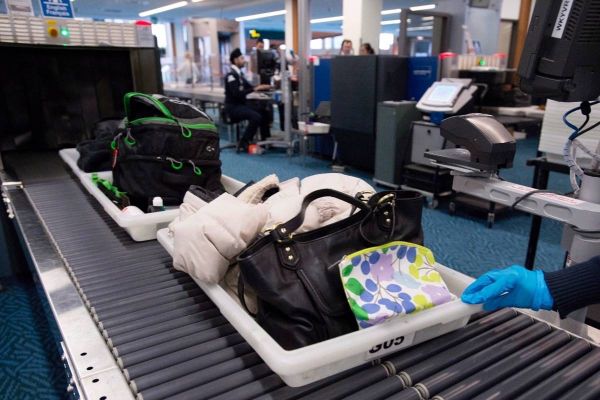 CATSA security Canadian Air Transport Security Authority (CATSA) is a Canadian corporation, which is responsible for the passenger's safety, and screening of people and baggage at the YKF airport. COSTA's goal is to provide practical, professional, and consistent levels of security service across the country. Security wait times at YKF airport are approximate and can be dependent on whether or flight delays. Security procedures at Waterloo Airport may take a long time. Airlines recommended travelers to arrive at the airport at least 90 minutes earlier before their scheduled departure flight. Passengers are required to provide valid identification at the YKF airport checkpoints located inside the terminal building. Legal identification All passengers, traveling domestic or international flights at Waterloo Airport, are required to provide valid identification at the YKF airport checkpoint. For domestic flight passengers, maybe a state-is 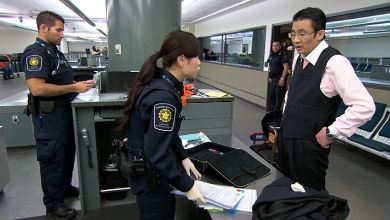 Security procedures Security procedures for arrivals at YKF airport are almost the same as for departures. Entrants at Waterloo Airport are subject to CATSA security. The security corporation has provided its security procedures to ensure passengers' safety, and help travelers to get to their destination safely. CATSA security provides security screening procedures for arrivals. Just like departures, visitors at YKF airport are required to go through the security screening. Passengers are asked by CATSA officers to remove shoes, belts, jackets, and place them in the plastic bin. Travelers also have to remove electronic devices larger than cell phones, including laptops and put them in the plastic conveyor for the X-ray screening. Border protection Arrivals in Canada are sometimes asked to go through additional screening with CBSA border protection agents. Travelers are presented to Customs and Border Protection agents at YKF airport to answ 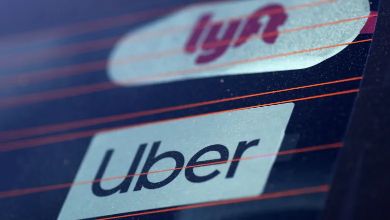 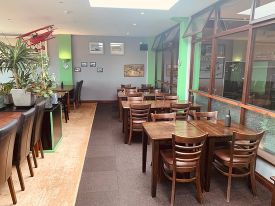 Waterloo Airport provides Duty-free shops for travelers. You can enjoy shopping or different dining options at Waterloo Airport. YKF airport provides Aviator Cafe by Edelweiss, the facility is located in the main passenger terminal, in the departure lounge. The cafe is open daily; the valid boarding pass is required for entry. The second dining option is Runways Cafe, located at Waterloo Wellington Flight Centre, which is a brief walk from the main YKF terminal building.

Waterloo Airport supports corporate, commercial, and general aviation. The YKF Airport is staffed by the Canada Border Services Agency (CBSA), and it is classified as an airport of entry by Nav Canada. CBSA can handle any general aviation aircraft up to 180 people, with two hours prior notice. The operator of Waterloo Airport is the Regional Municipality of Waterloo, Ontario. WestJet Airlines provides scheduled air services at Waterloo Airport with daily non-stop service to Calgary year-round connections to other great destinations. FlyGTA Airlines also serves YKF airport, and it offers daily to Toronto island on weekends year-round.

Waterloo Airport (YKF) is a home 25 businesses that employ roughly 300 people and together contribute $90 million annually to the Region's economy. YKF Airport is Canada's largest provider of private charter Jet Chartright, and it is continuously looking for infrastructure and markets to support growth. Waterloo Airport offers world-class services and facilities, and it is located in the business community. Waterloo Airport provides Willington Flight Centre, which is the largest professional flight training school in Canada.

The YKF Airport was formerly known as Waterloo Regional Airport, and the Waterloo Airport changed its name in 2004 after NorthWest Airlines announced daily flights to Detroit. The YKF airport construction began in 1929, at the Kitchener-Waterloo Municipal Airport, also known as Lexington Airport on Lexington Road in Waterloo. The building was completed in 1930, mainly used for flying instructions. From 1930 to 1932, Gilles Air service began to operate from the airfield and was succeeded, Kitchener-Waterloo Flight Club from 1932 to 1952. During the World War, the airport was used by the British Commonwealth Air Training Plan. After World Warin 1948, Waterloo-Wellington Airport Commission acquired a more critical site in Breslau, and the new airfield was completed in 1950 in the Ontario area. In 1969 Waterloo-Wellington Airport became a general aviation facility. The Wellington Flying Club sold the airport facility to the Waterloo Region and the City of Guelph. Later, it was renamed Waterloo Regional Airport and became publicly owned. Today Waterloo Airport operates 24 hours and seven days a week. Waterloo Airport has two runways and handled over 120 828 passengers in 2012.