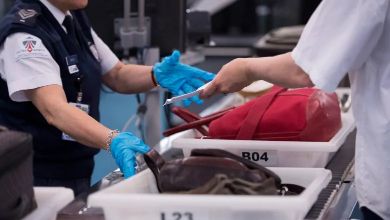 CATSA security Passengers traveling through Kamloops Airport are subject to numerous security procedures. Canadian Air Transport Authority provides security procedures at Kamloops Airport. CATSA security has its special security measures and rules, and every passenger is required to review the terms and follow the rules. CATSA security recommends travelers to arrive at the airport 90 minutes before their flight, to have adequate time for check-in and security. Airlines provide full-service check-in at the YKA airport. Security screening Canadian Air Transport Security Authority at Kamloops Airport operates security screening. Wait times for queues at security screening are calculated when you enter the beginning of the line, through the scanning of boarding passes. During the security, screening passengers are asked to remove personal items and place them in the bin. Passengers are required to place coins, keys, and small metal items in thei 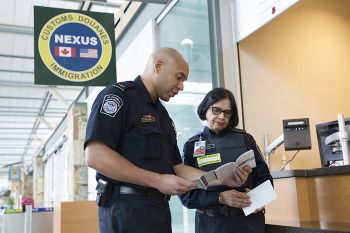 Security procedures Arrivals at Kamloops Airport are subject to CATSA security. Just like departures, arrivals at YKA airport have to accept all the CATSA officer’s requirements and follow the rules provided by the Canadian Air transport Authority. Security wait times at YKA airport are approximate; it can be dependent on the weather of flight delay. Please make sure you have enough time if you have a connecting flight. Arrivals at Kamloops airport are required to go through the security screening, and they are asked to remove personal items such as jackets, belts, shoes and place them into the plastic conveyor for the X-ray screening. Travelers are also invited to remove electronics from their carry-on and put them in the bin, and those items are scanned separately. At the same time, passengers walk through the metal body scanner. Customs and Border protection Canada Border Service Agency (CBSA) border security and clearance service is 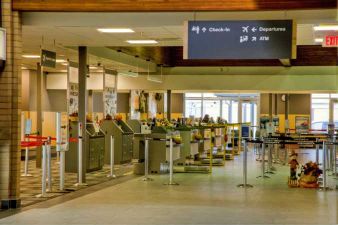 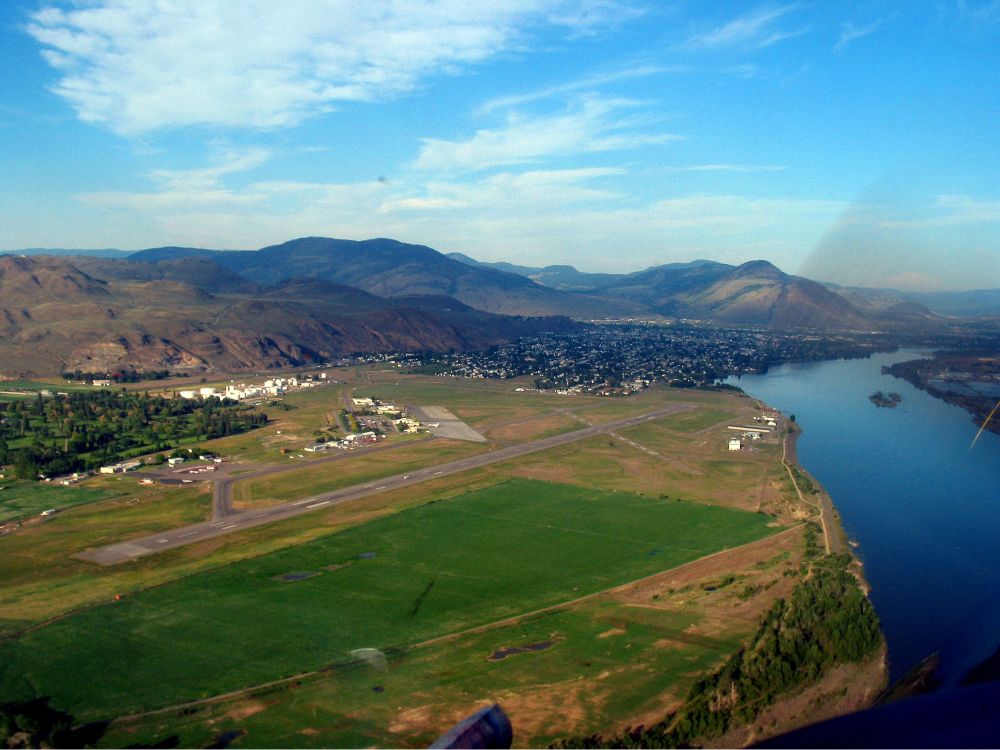 Kamloops Airport (YKA) is a public airport located on 3035 Airport Road in the Brocklehurst neighborhood of North Kamloops, five miles northwest of the city center, and the Selkirk Mountains, situated off Tranquille Road on the Fraser Plateau. Kamloops Airport is located 307 kilometers north of the Canada-United States border and opposite the Country Club and Kamloops lake attractions. YKA airport can be easily found by using a GPS navigation system. The precise address for the Kamloops Airport is BC V2B 7X1,3035 Airport Rd, Kamloops, Canada. Contact number: +1 250-376-3613 . 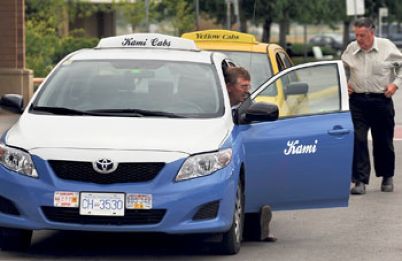 Budget There are several car rental companies provided at Kamloops Airport. The BudgetCar rentals office is located at Kamloops airport terminal building. The company offers a wide selection of cars. Budget rental car prices can range from $8 per day to $25 weekly. Reservations from Budget car rentals can be made 24 hours a day and seven days a week. Operating hours: Monday-Friday, 7:30 am- 7:30 pm. Saturday-Sunday, 8:00 am-6:30 pm. Address: BC V2B 7W9,3025 Airport Rd, Kamloops, Canada. Phone: +1 250-374-7368 . Enterprise Enterprise car rentals office is located inside the Kamloops Airport terminal building. Enterprise car rentals provide a great variety of different types of vehicles from compact to spacious SUVs, and also people carriers to vans. Enterprise car rentals offer an extensive range of reliable vehicles that will suit your needs. All you have to do is to choose your favorite car and carry a driver's license at the Enterprise c 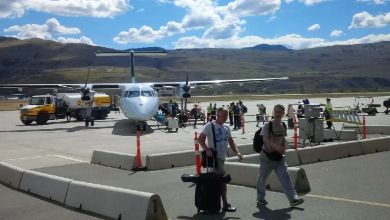 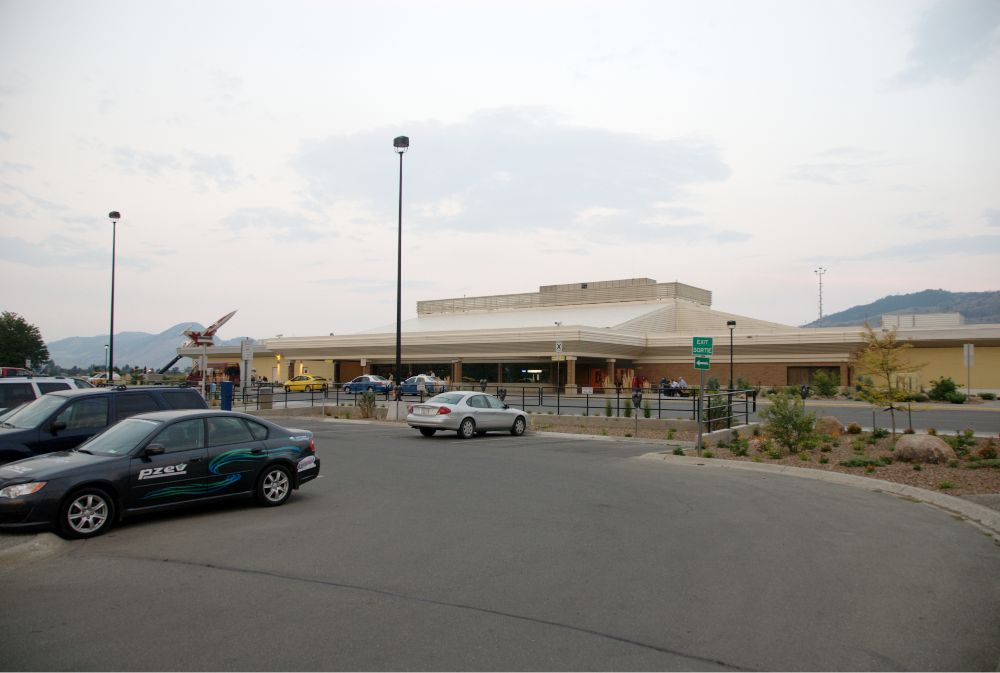 Airport parking and rates Kamloops Airport provides accessible and affordable parking within walking distance of the YKA airport terminal. YKA Airport parking offers hourly and daily parking rates, also the annual parking pass for frequent travelers. They don't offer weekly or monthly parking rates at this time. The pay station is located inside the YKA airport terminal, and passengers can pay for parking by their license plate. The fee for hourly parking is $2.25. Daily $10.50, and annual pass $1,124.50. Travelers with disabilities or have a veteran’s license plate are welcomed to park at Kamloops Airport, with no charge for a maximum of three hours. For additional information, contact at 250-376-3613. 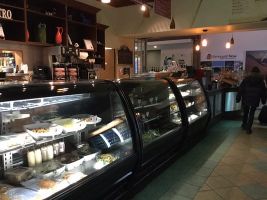 Kamloops Airport provides Duty-free shops with numerous brand products for passengers. Travelers can have an excellent shopping experience. Passengers at Kamloops Airport enjoy a great variety of cold and hot beverages, snacks, and meals at Two Bread Garden Urban Cafe and lounge locations. Travelers can also have a great rest and enjoy views and collections of community artworks.

Kamloops Airport has daily scheduled flights to 4 destinations in Canada operated by Central Mountain Air, Air Canada Express, and WestJet. In 2014, the YKA terminal handled 312, 895 passengers, an increase of 7,2% over the 290, 395 passengers in 2013.

The Kamloops Airport publicly opened in 1939, on August 5. YKA airport has two runways, 2,780 by 49 feet and 8,000 by 148 feet. Kamloops airport served roughly 263, 290 passengers in 2011. YKA airfield maintains The Bread Garden, a restaurant. There are also a medical facility, administrative buildings, and accommodation areas. There are also food and snack facilities offered. YKA Airport terminal building, navigation aids, and runways were expanded and upgraded in 2009. Kamloops airport has seen only one accident throughout its history.

When the city leased 46 acres from fruit growing company BC Fruitlands in 1931, the initial examination of the construction of an airport in Kamloops began. The development of the Kamloops airport started in 1936, and the gravel runway completed in 1938. YKA airport also acquired another 30 acres of land for airport use. An Aeronca aircraft made the first official landing on the new tracks completed in 1939. YKA airport was publicly opened in 1939, on August 5.

Kamloops Airport is proud of its job opportunities; it supports over 860 jobs and generates roughly $75 million in economic activity every year.