Stornoway Airport is an airfield that is situated within 2 NM (3.7 km; and 2.3 mi) at the east side of the town of Stornoway, right on the Isle of Lewis, in Scotland. Stornoway Airport is a domestic type of airport which serves Stornoway, and the Outer Hebrides. Highlands and Islands Airports Limited own Stornoway Airport, also shortly referred to as a HIAL, which is a company controlled and managed by the Scottish Government. The airport codes are IATA: SYY, and ICAO: EGPO. The SYY airport holds two runways, 06/24 with 1,000 m (3,281 ft) length, and another 18/36, which are 2,315 m (7,595 ft) length.

Getting to the SYY airport Passengers of Stornoway Airport should allow themselves plenty of time in order to get to the SYY airport. The SYY airport recommends its passengers to arrive at least two hours before the scheduled departure time. Also, the airline check-in counters strictly close approximately 30 minutes before the departure of the aircraft. Check-in online On arrival at the SYY airport, passengers proceed directly to the security checkpoint areas. Passengers should ensure that they follow the instructions given from their airline carefully and attentively and hold all the relevant and required paperwork, a valid passport, and photographic ID to present at the security. The SYY airport kindly reminds passengers who are checking in online that it is their duty and responsibility to make sure that they arrive at the SYY Departure Gate on time, according to the published boarding time. Besides, passengers are advised to allow enough ti

All arrivals at Stornoway Airport proceed immediately to the Arrivals lounge in the main terminal building of the airport. Arrival passengers have to reclaim baggage in the baggage claim area. There are screens on the walls of the baggage claim area, which show the airline logo and the flight number as well, which helps passengers to quickly find the proper carousel and wait for their baggage to collect. After claiming baggage, new arrival passengers can go ahead to meet points, exit, at the ground transportation area, or the car park zone.

Stornoway Airport holds only one, single terminal building, which consists of the following facilities, such as arrivals and departures lounges, and security checkpoint areas. Moreover, there are airline check-in counters, airline ticketing desks, baggage claim area, airport café, newsagent, convenience store. Also, for the convenience of the passengers coming to and from the SYY airport, Stornoway aims to provide the following customer services too, including disabled parking, ramps, accessible toilet facilities, payphones, free wireless internet connection - Wi-Fi throughout the terminal, post box, private rooms for the family, such as baby changing facilities, TV set, and computer access spots available upon request. 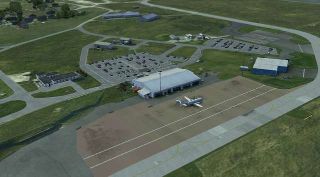 Stornoway Airport is in Stornoway, on the Isle of Lewis, which belongs to the part of the Outer Hebrides. The Outer Hebrides belongs to a group of islands that are off the west coast of Scotland. The SYY airport is managed via the Highlands and Islands Airports Limited, which also maintains a total of other, ten smaller airports, all located in Scotland. The precise postal address of Stornoway Airport is Stornoway Airport, Isle of Lewis, HS2 0BN, United Kingdom. Telephone number of the SYY airport: +44 1851 702 256; or +44 1851 707 400. 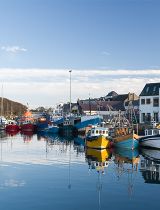 Getting at the SYY by Car Passengers who are traveling from the east of the island should use the A866 to get to the SYY airport. The A866 is the main road that runs via the eastern part of the island. Passengers who are approaching the SYY airport from the west can either use the A858 or A859 (runs from the north of the island). Getting at the SYY by Bus / Coach Since the town of Stornoway is the leading travel center of the airport, local buses run to and from the city of Stornoway right from most other major cities of the island. The SYY airport is located just within 4 miles from the city, and local, regular buses provide routes to/from the airport. The airport regular route bus operates from Monday to Saturday. Getting at the SYY by Ferry At the town of Stornoway, various ferries are available from the mainland of Scotland. These ferries depart from Ullapool (regular buses can be caught to get to Ullapool from Inverness). Ferries operate s 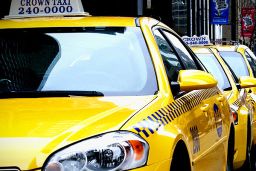 Car and van hire is available right from SYY airport. Booking of a preferred vehicle is highly advised in advance upon arrival. The car rental booking area is located within the airport’s main terminal, close to the arrivals carousel. Carhire Hebrides Carhire Hebrides provides high-quality vehicles and excellent customer service. Carhire Hebrides include the following features: All cars which are purchased with the full manufacturers’ warranty in place. All cars are fully serviced, in excellent condition. All cars have 24-hours, seven days a week roadside call-out full assistance from RAC. The service is free. Free pick-up service is available within proximity of Stornoway. Car hire is also available in Harris (located close to the airport). For further details, questions, and to book a car, passengers should call 01851 706500. Stornoway Car Hire Stornoway Car Hire is one of the largest family-run vehicle rental companies, based in 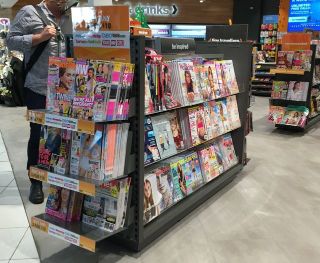 Stornoway Airport offers a variety of passenger services, facilities, and complexes that help passengers to get a good experience while being at the SYY airport. The airport facilities and services include the following: One airport café serves a range of light snacks, hot and cold drinks. One Newsagents. One convenience store. Accessible parking bays and ramps. Individual accessible toilet facilities. Pay Phones. Free Wi-Fi access. Post Box. Family rooms. Baby changing facilities. TV-set on request. Computer access facilities on request. 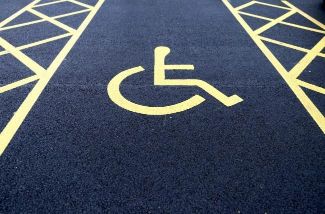 Pick-up and Drop-off At Stornoway, Airport drivers can only pick-up and drop-off passengers in the designated area. Also, note that there is a free drop-off period maximum of up to 2 hours. Short and Long-term Parking Short and long term car parking areas are provided at the SYY. Those car park areas are adjacent to the SYY airport’s main terminal building. Disabled parking Disabled car park spaces are designated in the car parking area just opposite the SYY airport’s main terminal building. Parking Rates The daily parking rate is £3 per 24-hour period. Also, there is a free 2-hour drop-off/parking period. Besides, only authorized vehicles are permitted to park and get to the front of the terminal building. Drivers are reminded that cars are left at their own risk. Vehicles should not be left unattended in front of the main terminal building.

Stornoway Airport is an airfield that is situated within 2 NM (3.7 km; and 2.3 mi) at the east side of the town of Stornoway, right on the Isle of Lewis, in Scotland. Stornoway Airport is a domestic type of airport which serves Stornoway, and the Outer Hebrides. Highlands and Islands Airports Limited own Stornoway Airport, also shortly referred to as a HIAL, which is a company controlled and managed by the Scottish Government. The airport codes are IATA: SYY, and ICAO: EGPO. The SYY airport holds two runways, 06/24 with 1,000 m (3,281 ft) length, and another 18/36, which are 2,315 m (7,595 ft) length.

Nowadays, SYY airfield is generally used for domestic passenger services. Besides, the Royal Mail has a daily running mail flight. At Stornoway Airport, Bristow Helicopters operate their helicopters, which are equipped for rescue and search, on behalf of Her Majesty's Coastguard. Also, at SYY airport, there are some privately owned light aircraft that are based at the SYY airport property.

According to the statistics of 2018, Stornoway Airport carried around 135,700 passengers, while the SYY airport handled approximately 10,570 aircraft movements. In the same year, the busiest routes that were operated via the SYY, to and from the Stornoway Airport are categorized as follows: Glasgow with the overall number of 75,862 passengers, Inverness with 27,574 passengers, Edinburgh with about 17,861 passengers, Benbecula with 9,259 passengers, Aberdeen with around 5,961 passengers, and Manchester with 778 passengers.

In 1937, the first airfield of Stornoway was opened. The SYY airfield was used mainly for military purposes. Later, the Royal Air Force had the main airbase during the Second World War. Moreover, the SYY airfield right from the 1972s until the 1998s it was a NATO operating base. NATO aircraft used the Stornoway Airport for military missions over the North Atlantic, as well as for stopovers to Greenland and the United States. However, from 1960 to 1983, during the Cold War, the airfield was the home for the 112 Signals Unit Stornoway (referred to as RAF).