The airport handled almost two million passengers during 2016, which was estimated an 8.8% increase compared with 2015, making it the 18th busiest airport in the U.K. SOU includes a CAA Public Use Aerodrome Licence that permits flights for the public transportation of passengers or flying instruction. The facility is owned and operated by AGS Airports. It was before owned and operated by Heathrow Airport Holdings (formerly known as BAA).

Dedicated security teams at the airport are ready to help passengers. Traveling through SOU is easy, fast, and friendly. The airport strives to achieve an average security wait time of fewer than 5 minutes while treating passengers politely and ensuring that they have a positive experience. Undergoing security screening can sometimes be complicated and frustrating. The screening methods may vary slightly at different airports. This difference is intentional since it has been decided that screening methods deployed are most effective when they remain random and unpredictable. Advanced Screening (Security Scanner) Department for Transport, Southampton Airport uses the latest technology and applies Millimeter Wave screening to many commuters through the deployment of a Security Scanner (Body Scanner). The security scanners can identify a wide range of possible threats to safety in a few seconds and is used alongside the airport’s existing se

Border Force Once commuters landed at Southampton Airport, they will be obliged to pass through the passport control area. These methods involve a check of the identity card or passport and confirmation of travelers’ right to travel into the U.K. if needed. U.K. Border Force operates the passport control area passengers are advised to have their identity card or passport ready, removed from a wallet or holder, and have it open on the photo page. Travelers should remove their headwear or sunglasses and restrain from using any mobile device. 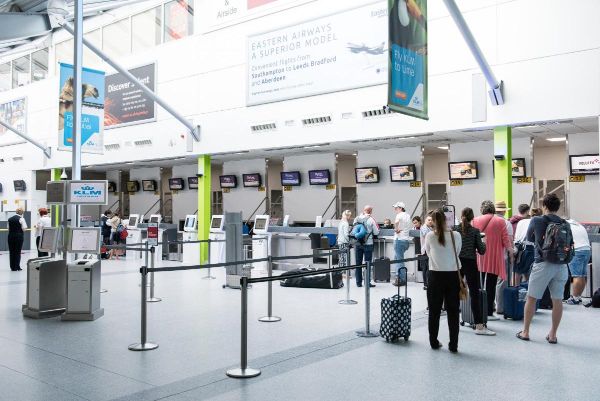 The Terminal of Southampton Airport includes nine gates. After entering the departure entrance, the passengers can find self-service check-in kiosks available from the left side. By moving forward, travelers will discover check-in 1-17 and bag drop. From the right side, commuters will encounter the security checkpoint. After passing through the security procedures, travelers get access to the World-Duty Free as well as the departure lounge to spend time while waiting for the scheduled departure time. Arrival passengers first encounter U.K. Border Force Passport Control. After passing through passport control, commuters can enter International or Domestic baggage claim areas. https://www.southamptonairport.com/media/2725/southampton-airport-terminal-map.pdf 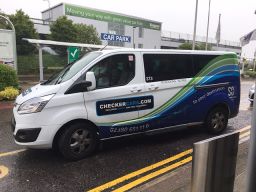 Train Getting to Southampton Airport by train is fast and easy. The airport is pleased to possess one of the quickest planes to train connections in Europe with only 99 steps to the terminal from the near-by Airport Parkway Station. The breeze from the train to the airport takes less than a minute with simple access via the footbridge, with a lift for passengers with baggage, kids, or reduced mobility. More services are currently available to the station, giving travelers more flexibility of when to travel. Customers are welcome to quickly get to desired destinations in the southwest and southeast from the conveniently located train station; • Southampton City Centre: 7 minutes • Winchester: 10 minutes • Bournemouth: 36 minutes • Reading: 49 minutes • Portsmouth: 60 minutes • London Waterloo: 69 minutes Bus Southampton Airport operates excellent bus links, with both regional and local bus operators offering prompt 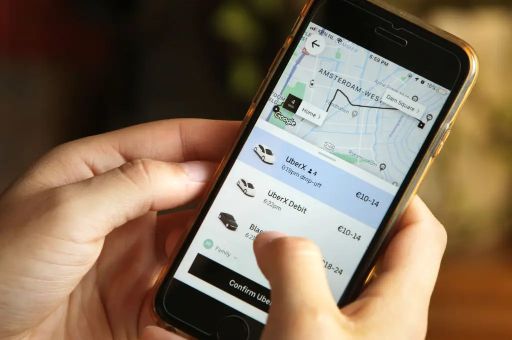 Whether passengers are traveling from Southampton Airport to Southampton Central or from Bournemouth to Southampton Airport, popular rideshare agency Uber is available to offer its services. The company provides the convenience of requesting a ride by using an app. After walking outside of the terminal, commuters can open their app and order a car per their group size and luggage requirements. Directions to a pick-up point are shown in the apps, since the location may not always be at the nearest exit. If a passenger can’t find their driver, they can always contact them by using the app. Uber rates to and from Southampton Airport are not always the same and mainly are affected by factors like time and traffic. The Uber price estimator in the app shows approximate trip prices as well as an estimate of how long it will take for the driver to arrive at the pick-up location. 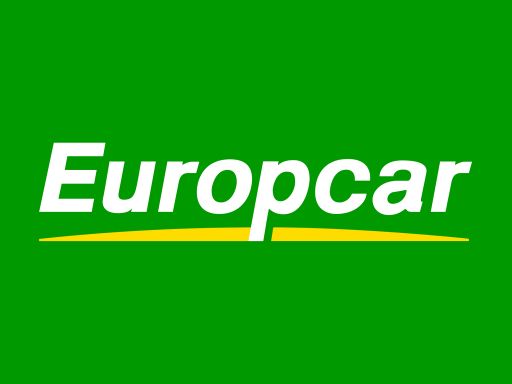 The Car Rental Centre can be found opposite the terminal building, next to the Short Stay Car Park. By booking the Southampton Airport car hire in advance, passengers can take advantage of the best prices as well as some great offers. Commuters are asked to park in the car rental car park and return their keys to the car rental reception. When returning a hire car out of the reception center opening times, keys should be placed in the drop box available in the central terminal opposite check-in. Sixt Sixt car hire in Southampton offers affordable deals with excellent customer service and reliable luxury cars. The company has three branches in the city, one in the south, one towards the east, and one at the facility, making it easy to pick up the rental. To the south, Southampton Millbrook is near the Millbrook Train Station and about 1.4 miles from the ferry terminal. To the east, the Southampton West End branch is set off the M27 and ideally p

Help point Commuters are welcome to use the help point to view live flight updates, find facilities on an airport map, or receive information about local accommodation and transport. The help point can be found in the main concourse, between arrivals and departures. Next to it, passengers will also find a tourist information touch-screen terminal. In case of requiring further help, travelers should look out for representatives of friendly Airport Ambassadors who will be happy to help. Internet access A complimentary 4 hour Wi-Fi service is available throughout the terminal and can be accessed through any internet-enabled mobile device on _Free SOU Airport. After the first 4 hours, passengers can choose to pay for extra time by using debit/credit card or PayPal. Prices are £3 /1 hr, £5 / 3 hrs, £9 / 24ZZ hrs, £70 / 6 months, £130 / 1 year. Internet-connected PCs operated by Virgin Wi-Fi are accessible opposite the he 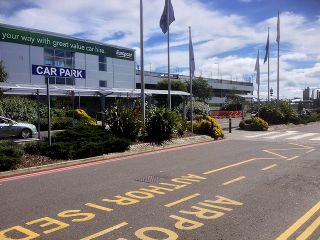 Short stay Southampton Airport short stay car parking provides some of the closest parking to the terminal within a 1 to 3-minute walking distance. The lot offers an on-site multi-story car park with the majority of parking being undercover. The lot also includes 24-hours attendants, CCTV and Patrols. Long stay SOU Long Stay Parking offers excellent value parking with a short courtesy bus journey to the terminal. The area is located at the end of the main airport road, past the terminal building and short stay car park. Access is available from long term parking to the airport terminal by shuttle bus, which takes about five minutes and runs every ten to twelve minutes, 24 hours a day. Pre-book long stay car parking It is possible to book long stay car parking in advance online for some of the most attractive rates and a guaranteed space. Commuters will also benefit from automatic entry to the car park. Roll-up rates Alternatively, customers c

World Duty-Free Group stores offer the ultimate airport shopping experience. As the U.K.’s leading travel retailer, the organization provides an unparalleled selection of premium products, ranging from cosmetics to confectionery, including fragrances, fashion accessories, spirits and souvenirs, skincare products, sunglasses, fine foods and wines, champagne, cigars, and tobacco. Whether someone is heading away on holiday to Barbados or jetting off to Boston for business, World Duty-Free is a great place to purchase any of thousands of items at significant savings against the U.K. High Street prices.

The airport handled almost two million passengers during 2016, which was estimated an 8.8% increase compared with 2015, making it the 18th busiest airport in the U.K. SOU includes a CAA Public Use Aerodrome Licence that permits flights for the public transportation of passengers or flying instruction. The facility is owned and operated by AGS Airports. It was before owned and operated by Heathrow Airport Holdings (formerly known as BAA).

As of 2020, 95% of the flights from the airport were operated by Flybe. However, the airline moved into administration on 5 March, with all flights canceled.

The airport’s runway was constructed over the remains of a Roman villa.

The site’s contact with aviation started in 1910 when pilot Edwin Rowland Moon used the fields belonging to North Stoneham Farm as a landing spot and take-off for his monoplane.

During World War I, when forces from the U.S. Navy arrived in 1917, work on the construction of hangars started. At the zenith of the American presence, 4,000 officers and men were billeted in huts and tents.

After that war, the location became a transit camp for refugees, mostly Russian, who wanted to sail to America from the port of Southampton.

In 1932, Southampton Corporation bought the property and made it into Southampton Municipal Airport. By 1935, part of the property was used by the RAF and was referred to as RAF Eastleigh before it became RAF Southampton in 1936.

In 1936, Supermarine operated a test flight facility on the site.

In 1959, the airport was bought by racing pilot J.N. ‘Nat’ Somers, who put the base for the regional airport that exists today. He built the concrete runway in 1963 and negotiated with British Rail about building Southampton Airport Parkway railway station near the airport. Somers worked together with the Department of Transport to plan for the then-new M27 motorway to pass through the facility.

Southampton Airport includes one primary ground handler, Swissport, which took over from Aviance. It handles all passenger services as well as the ramp operations for all airlines except for Aurigny Air Services.

In 2010, the facility arranged several events to honor the 100th anniversary of the first flight at the airport.

In 2014, Heathrow Airport Holdings worked out an agreement to sell the property, together with those at Aberdeen and Glasgow, for £1 billion to AGS Airports.

In 2016 the facility received the Airport of the Year Award of the European Regional Airlines Association and demonstrated exceptional involvement with the local community and reducing its carbon footprint while expanding and growing in a highly competitive market.