Sitka Rocky Gutierrez Airport represents a public-use facility that is situated west of Sitka’s central business district. Sitka city and borough in the U.S. state of Alaska has no direct road access to the outside world, even though it has car ferry access. SIT is named after Sitka’s former mayor Rocky Gutierrez. 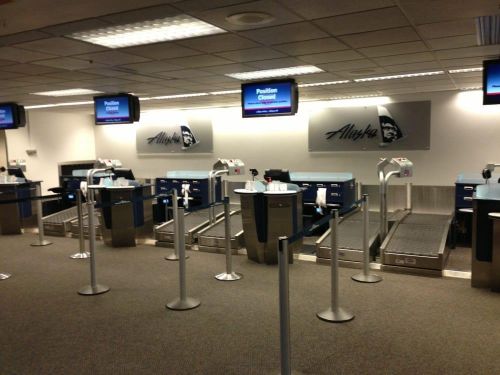 Check-in & boarding cut-off times When passengers check bags on their flights, they have to make sure that all of their checked luggage is processed, as well as a valid boarding pass is received no later than the required cut-off times to avoid rebooking on a later flight. Travelers should also consider that these cut-off times will not ensure that they make it to the departure gate in time for boarding. Busy security lines, as well as heavy passenger traffic, may also require additional time. When traveling with carry-on luggage, passengers must be checked in, with a valid boarding pass no later than the minimum cut-off times to avoid rebooking on a later flight. Cut-off times are the same regardless of whether passengers are with or without bags. When traveling internationally, the necessary cut-off time is one hour. In the case of domestic flights, the cut-off time of 40 minutes is enough. TSA Transportation Security Administration is 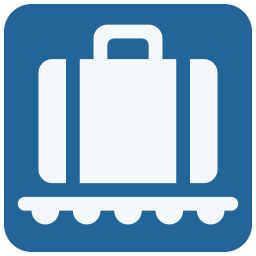 Baggage Claim After arriving at the Sitka Rocky Gutierrez Airport, commuters are welcome to enter the baggage claim area, conveniently available inside the terminal building. Passengers can find and pick-up their baggage in the area, and then leave the airport at the convenient for them time. 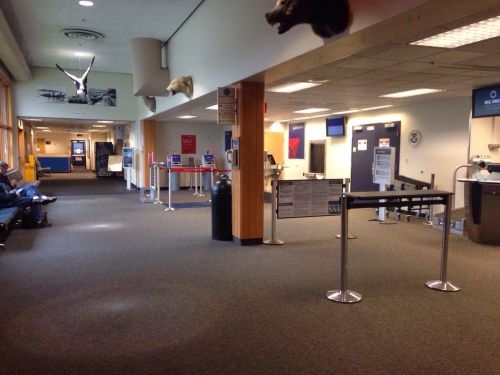 Passengers should consider that the facility is not operating for 24 hours, so it is not possible to stay overnight. The airport is working on limited hours, and the ticket counters are only available until 10:00 PM. Due to being very small, Sitka Rocky Gutierrez Airport has one terminal building with only one passenger gate. 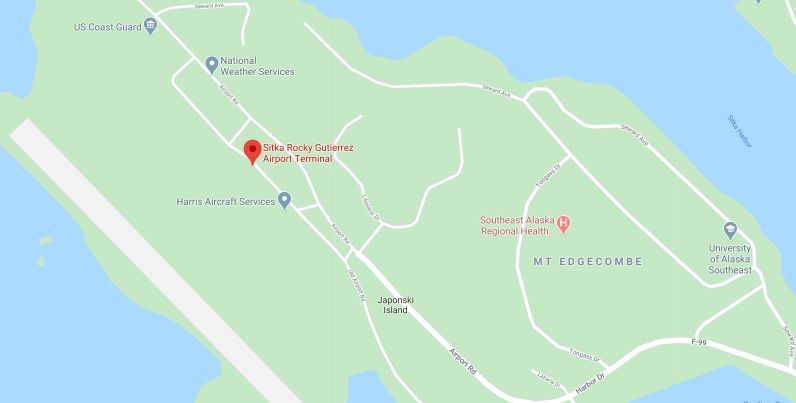 Sitka Rocky Gutierrez Airport, owned by Alaska State, can be found west of Sitka’s central business district in the state of Alaska with no direct road access to the outside world. The street address of the facility is 601 Airport Rd, Sitka, AK 99835, United States. 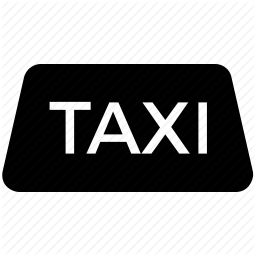 Taxi Taxis can be considered as one of the most convenient and popular transportation services. Various companies are offering their services locally, and passengers are welcome to choose per their preferences. However, it is recommended to consider using only authorized agencies to avoid possible scams. For instance, Baranof Taxi and Tours represents a primary taxi service that is used in the city. They offer a taxi service as well as Harbor Mountain excursions and sightseeing tours. Hank’s Taxi and Tour Service is another popular choice available in Sitka. The company provides an eco-friendly service, making it popular with the increasingly environmentally conscious tourists. 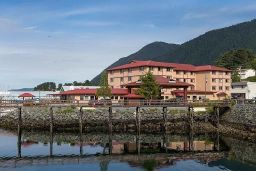 Rideshares Popular rideshare companies like Lyft and Uber are offering their services in the area and can drop passengers off at the departure level area of the terminal. Travelers are recommended to notify their driver regarding the airlines and terminal upon entering the facility’s premises, as well as considering a few aspects before ordering a vehicle. First of all, it is always important to keep in mind the baggage requirements and choose a car that will fit in all the baggage. For instance, the standard economy rides are most of the time operated with such vehicles as Toyota Prius, Toyota Camry, Ford Escort, and Ford Escape. These models can fit about four persons with two to three large bags or three to four medium ones. When having fewer passengers, there is a possibility of fitting more luggage. Lyft Plus and UberXL offer the XL Ride services with vehicles like Chevrolet Traverse, Ford Explorer, and Toyota Highlander. These type

Avis Avis car rental desk is conveniently located in the baggage claim area of the airport and offers the ideal cars to accommodate its customers. All the options are parked outside the building. Travelers are welcome to proceed to the desk where, after showing their valid driver’s license, they will be provided with keys and preprinted rental documents. After-hours returns are also available at Avis. When returning a car during after-hours and after parking and locking a vehicle, customers should place the finished contract and keys in the dropbox, which can be accessed in the returns area. Operating hours: Sunday - Saturday: 07:30 am - 11:30 pm; Contact information: (1) 907-966-2404 Website: https://www.avis.com/en/home Hertz Hertz desk is available at the baggage claim area of the facility. At the beginning of the rental, both credit and debit cards are accepted as payment methods. However, customers are asked to consider some of the 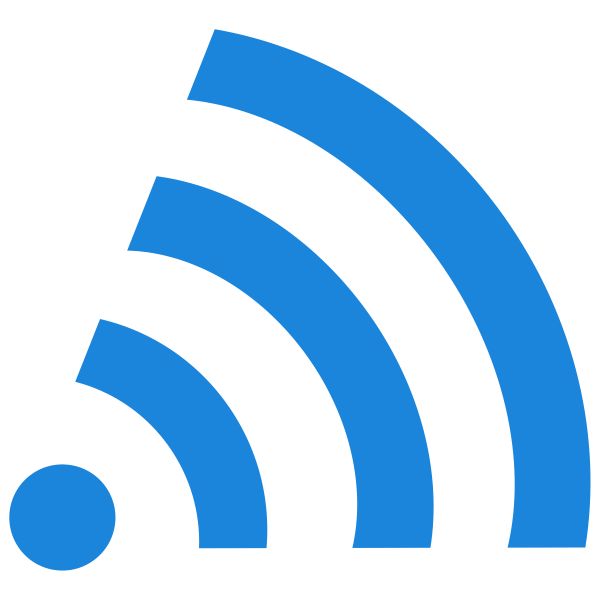 Wi-Fi Sitka Rocky Gutierrez Airport understands the need always to stay connected and is offering travelers wireless internet connection for every passenger at the airport. Commuters can connect wirelessly while waiting for their ride or flight. The City and Borough of Sitka represent a local Internet provider that services the entire airport terminal with free Internet. However, passengers should consider that users who exceed 1 Gigabyte of use within 48 hours, will be temporarily blocked since large downloads are not tolerated at the facility. 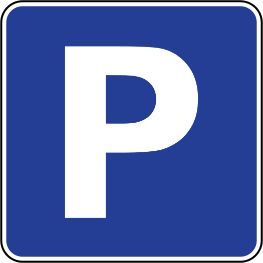 Both short and long-term parking options are accessible at the Sitka Rocky Gutierrez Airport. 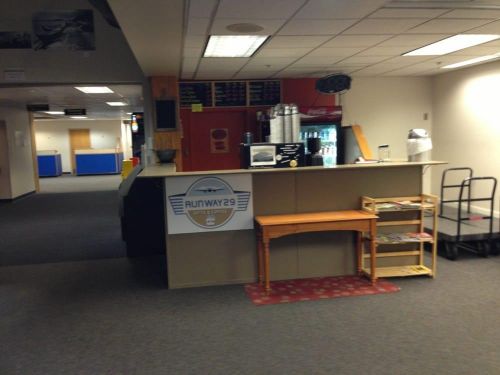 Because Sitka Rocky Gutierrez Airport represents a relatively small facility, it does not include a duty-free area in it. However, the coffee stands conveniently available at the airport are ready to assist visitors. Coffee standCoffee stand at Sitka Airport offers customers both cold and hot drinks, such as Latte, Iced Mocha, Italian Soda, and many more.

The airport includes a single terminal with jetway with air service that is operated for a whole year by Alaska Airlines and seasonally by Delta Air Lines regional affiliate Delta Connection that is operated by SkyWest Airlines. The single paved runway is located on a causeway that juts off Japonski Island—buried on airport grounds patients who died from tuberculosis from the nearby SEARHC/Mt. Edgecumbe Hospital had to be relocated during construction. That section of the airport is, by this day, unofficially referred to as The Mausoleum. According to the records of the Federal Aviation Administration, the facility had about 68,197 passenger boardings in 2008, 62,498 enplanements in 2009, and 64,536 in 2010. For 2015-2019, the facility was categorized as a primary commercial service airport with more than 68,222 enplanements in 2012.

Sitka Rocky Gutierrez Airport is located at an elevation of approximately 26 feet (8 meters) above mean sea level. The property includes one runway designated 11/29 with an asphalt surface measuring 7,200 by 150 feet (2,195 x 46 m).

SIT also has hangars and offices that serve local air traffic control, together with the Civil Air Patrol, and various private enterprises. U.S. Coast Guard Air Station Sitka has a complex attached to the Sitka Rocky

Safety hazards involve ocean waves washing onto the runway during high winds, storms due to its exposed location, and significant flocks of birds that live very close to the airport. Because of these hazards, the airport is listed by airfarewatchdog.com as one of the ten most thrilling landing experiences in the world.

Alaska Airlines has served Sitka for about fifty years. In 1967, Alaska Air was operating Boeing 727-100 jet service into the facility on a round trip from Seattle to Kotzebue and was also operating flights with Convair 240 propliner service nonstop to Juneau. By 1969, Alaska Air had added a few stops on the route between Seattle and Alaska. It was operating a Boeing 727-100 jetliner on a round trip routing from Seattle to Sitka and the final destination at Kotzebue in addition to working Convair 240 service on a round trip routing of Annette Island Airport - Wrangell - Petersburg - Sitka - Juneau. Over the years, Alaska Air also operated Boeing 727-200 and 737-200 jets into the airport before switching to later model Boeing 737 jetliners. In 1986, Anchorage-based AirPac was working jet service into SIT with a British Aerospace BAe 146-100 aircraft that was flying a round trip routing of Seattle - Sitka - Anchorage.