Scatsta Airport is a public, commercial airport which is situated on the island of Mainland, in the region of Shetland, in Scotland. More preciously, the Scatsta Airport is located just within 17 nautical miles (31 km; and 20 mi) at the north of Lerwick, and around five mi (8.0 km) at the southwest of Sullom Voe Terminal. The airport codes are IATA: SCS, and for ICAO, it is EGPM; Besides, the SCS airport a medium-size airport that in the United Kingdom-based, right in the region of Scotland. 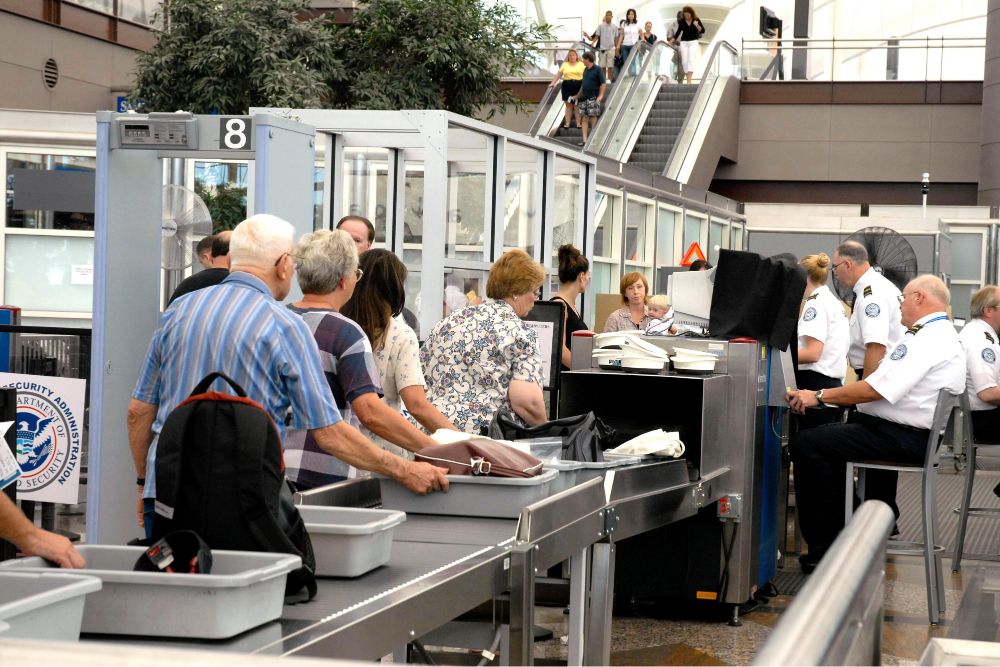 Arrival at SCS and Check-in All passengers at Scatsta Airport are recommended to arrive at the airport 2 hours before their scheduled departure time. Passengers need to allow enough time for a car park, baggage check, security measures, and procedures, and be on time for boarding. Passengers of SCS airport can both check-in online or right at the airport check-in counters. Some airlines allow its customers to check-in online through their official website, where the confirmation email is sent to each passenger, which must be printed out and presented at the checkpoint area. Concerning the passengers who prefer to check-in at the airport, they must arrive at least 1 hour before the check-in counter opens. Moreover, all passengers must allow their baggage to be weighed and tagged by the airport staff. Airport Security Passengers departing from Scatsta Airport have to undergo security checkpoint areas to be entirely scanned, checked, and allowed o 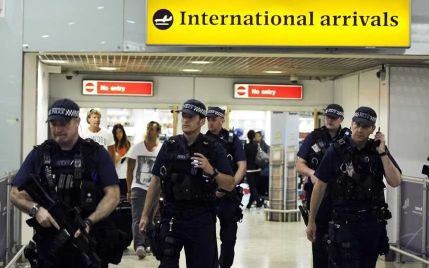 All arrivals, both local and international passengers, must proceed to the baggage claim area in order to reclaim their baggage. Once passengers claim their luggage, they can move to meet point areas, exit, or at the ground transportation area, outside of the arrivals lounge, from the terminal building of the airport.

Scatsta Airport has only one, single terminal building, which includes arrivals and departure lounge, with each security checkpoint areas, airline check-in counters, and other facilities.

Passengers at Scatsta Airport can use the service of several Taxi companies right from the airport’s site. Call A Cab Taxi Call A Cab Taxi is a transfer company that serves airport passengers and provides various rides throughout the region. The precise postal address of the taxi cab company is the following: 2 North Lochside, Lerwick, Shetland ZE1 0PA, United Kingdom. For more information regarding car type, operating hours, or rates, passengers are advised to contact the following telephone number: +44 1595 697373. Kiwitaxi Kiwitaxi provides transfer service to and from the Scatsta Airport, and to other locations throughout the UK. Passengers can order a car of any type and capacity, starting from Micro type cars for two, ending to a 19-seater bus. Booking is recommended to all the Kiwitaxi customers. While booking, passengers must specify the pick-up date, time, location, and should choose a payment method they prefer. Once the booking

Airport Transfers The majority of Scatsta Airport transfer companies provide high-quality vehicles driven and run by experienced licensed drivers. The companies offer a big choice of cars, such as saloon cars, MPVs, estate vehicles, and luxury limousines, including Bentleys and stretch vehicles. Passengers can choose whatever suits their budget and needs for transferring to or from the airport. Passengers who prefer ride-sharing, and are maximum of 8 people or even more, they will need to make a requirement for several vehicles, a limousine or for mini luxury coaches. TaxiTender TaxiTender is a transfer company that provides airport transfers, shuttles, limousines, and taxis, along with the best prices and reviews. They also offer to meet & greet service, flight-tracking and 24-hours customer support all included in prices. Booking is required. While booking, customers should enter their route, pick-up time, location, and the number of peop 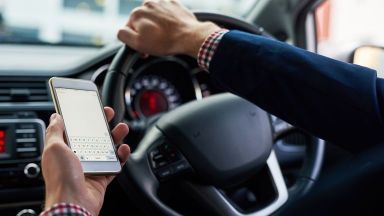 Information about Car Rentals Renting a car at Scatsta Airport lets passengers travel at their own choice and leisure to get to the spots they want to visit throughout the United Kingdom. Car rental services at SCS airport often include a GPS, which provides passengers with the best opportunity to explore the area without getting lost. At Scatsta Airport, there are approximately 500 approved car hire suppliers and companies. Passengers can hire a car from Avis, National, Europcar, Sixt, Thrifty, Budget, Holiday Autos, EasyCar, or 121 car hire. Still, they are not on-site companies, and passengers can't hire them right from the airport property. National The National car rental company is located in the main terminal building of the SCS. Passengers should walk to the customer counter of National-Scatsta Airport car rental. Cars can be picked-up from Branch or Car Park & After Hours Pick-up location; Concerning the return of the vehicle, 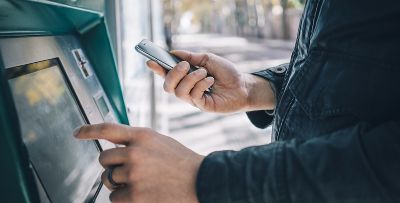 ATM / Cash Machines Passengers can exchange money via using the currency exchange counters at the Scatsta Airport. In the United Kingdom, the currency is the Pound Sterling, which is abbreviated as GBP. Concerning the airport's ATM, as well as Cash Machines, it is available throughout the main terminal building. 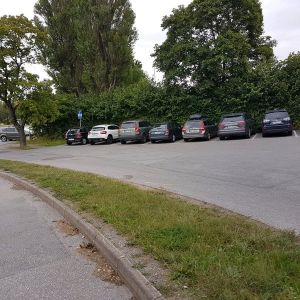 States Airport only has a Long term airport parking lot available on-site, which is situated at the proximity of the main terminal building. Passengers are recommended to book their parking space to avoid any unexpected conditions since the airport often gets overcrowded, and parking areas can be unavailable for some time. A pre-booked parking space at Scatsta Airport can give a passenger a sense of peace and convenience since the passenger becomes assured that upon his/her arrival at the SCS Airport, he/she will be able to park his/her car without the stress and hurries. Partner parking companies of SCS airports are APH, JustPark, and ParkVia.

At Scatsta Airport, there are no available shopping stores or dining concessions at the moment. However, vending machines can be found throughout the terminal, that provides drink and snacks.

Scatsta Airport is a public, commercial airport which is situated on the island of Mainland, in the region of Shetland, in Scotland. More preciously, the Scatsta Airport is located just within 17 nautical miles (31 km; and 20 mi) at the north of Lerwick, and around five mi (8.0 km) at the southwest of Sullom Voe Terminal. The airport codes are IATA: SCS, and for ICAO, it is EGPM; Besides, the SCS airport a medium-size airport that in the United Kingdom-based, right in the region of Scotland.

Scatsta Aerodrome holds a CAA Ordinary Licence (known with Number P777). The CAA Ordinary Licence allows airline flights for the public transport of passengers, as well as for flying as authorized by BP Exploration Operating Company Limited. Scatsta Airport is operated via Serco UK and Europe of BP.

Scatsta Airport was founded in 1940, first as RAF Scatsta, in full a Royal Air Force fighter plane base, which was the most northerly located base in the British Isles that supported the Coastal Command flying operations at RAF Sullom Voe.

The construction of the airport started in Spring 1940. As a result of the installation, SCS airport received two runways. One was around 1,400 yd (1,300 m) long with 130 degrees, and the other runway was about 1,510 yd (1,380 m) long with 250 degrees. The first runway construction of the SCS was finished in April 1941, and the Zetland County Council was the main contractor for the airport construction. Later, in November 1944, Scatsta Airport was used as a support base for Lancasters squadron 617,known as the famous "Dam Busters," that was led by Wing Commander J. B. Tait, upon Operation Catechism, which sank and bombed the Tirpitz near Håkøy Island, in Tromso. After World War II, except for the landing of a US Coast Guard HC-130 Hercules, Scatsta Aerodrome lay dormant on 24 May 1969, along with the LORAN navigation station, which was established at the end of the northwest side of runway 13/31. The airfield was then abandoned right after World War II. Still, soon, in 1978, it was reinstated as a civilian airport to support the oil industry of Shetland, and the oil terminal of the Sullom Voe in particular.

The capacity of Scatsta Airport

Scatsta Airport, according to the statistics of Annual Traffic, handled around 174,934 passengers in 2018, while the SCS airport at the same year, produced approximately 8,513 aircraft movements. The runway of the SCS Airport length is estimated to as 4,462; Whereas the same runway elevation, it reaches 73.

In August 2018, Scatsta Airport became the sixth largest airport in whole Scotland and was ranked by its international passengers.This classification was based on helicopter flights that run to and from oil rigs in the Norwegian and to Faroes sectors of the North Atlantic and the North Sea oil region. The only fixed-wing route of the Scatsta Airport, which is operating regular charter from Scatsta's airfield, is around 7 or 8 times daily shuttle right to and from Aberdeen and ferrying offshore crew to Scatsta region for onward travel via helicopter.

Scatsta Airport operates oil service flights and so-called "civilian" flights that can be judged from the fact that the SCS airport service area has no bar available. Still, the nearest bar is accessible within three mi (4.8 km) away. Besides, there is no bus or taxi service, and nor the three large rooms for passengers using a helicopter for clothing their suits before embarking. The first flight of the day that departs from Scatsta Airport to Aberdeen has no passengers from offshore and can have a maximum of up to about 60 passengers during the peak of the season. However, the figure is more common and frequent between 15 and 25 as an approximate average of each day. Eastern Airways is operating it via using ATR 72 aircraft.

The Scatsta Airport has just undergone some significant upgrades as an increasing investment that has been provided in order to support the offshore rigs of the North Sea. Due to that fact, the Scatsta Airport was seen to hold a new Control Tower Building, shortly referred to as CTB, that went in progress on 28 January 2013. This new upgrade also included a new Terminal building of the SCS, along with the Distance Measuring Equipment (shortly referred to as DME) to runway No. 06.

On 4 March 2020, Scatsta Airport’s official sources announced that it would be closing to the public only during the summer for the foreseeable future, along with a loss of up to a maximum of 50 jobs, both in and around the SCS airport. Concerning the passenger flights that run from Scatsta will be then relocated to Sumburgh Airport.