Monterey Regional Airport is located approximately three miles (5 km) southeast of Monterey, California, USA. It was established in 1936 and was referred to as the Monterey Peninsula Airport until the board of directors renamed it in 2011. 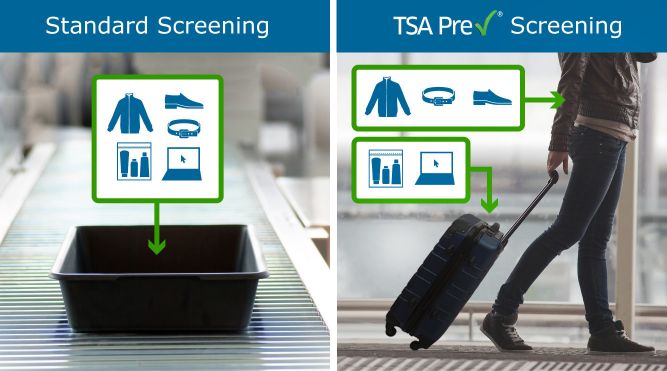 Alaska Airlines check-in options There are several options for passing through the check-in procedures at MRY, and passengers are welcome to choose due to their preferences. Ticket Counter Check-in When travelers are traveling with a paper ticket or need some additional support with the check-in procedures on the date of departure, the customer service agents are ready to help passengers with an in-person check-in. Still, commuters should consider that checked baggage is only accepted within four hours of their scheduled departure. Online check-in By going through the check-in procedures online, commuters can skip the check-in line at the terminal and head directly for their gate. However, it is necessary to print out a boarding pass one to twenty-four hours before the registered departure. Kiosk check-in Travelers can check-in by using the check-in kiosks that are conveniently positioned at all of the airports throughout the Alaska Airlines 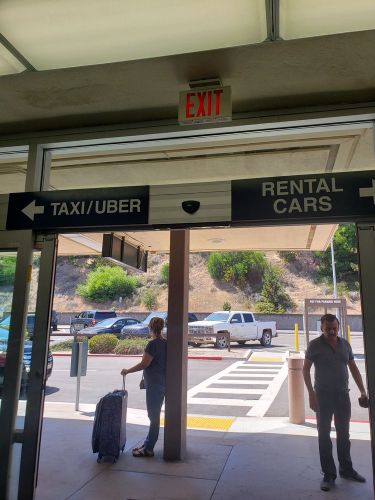 Baggage Claim After arriving at the Monterey Regional Airport, commuters are welcome to enter the baggage claim area, where after finding their luggage, they can leave the facility whenever it is convenient for them. 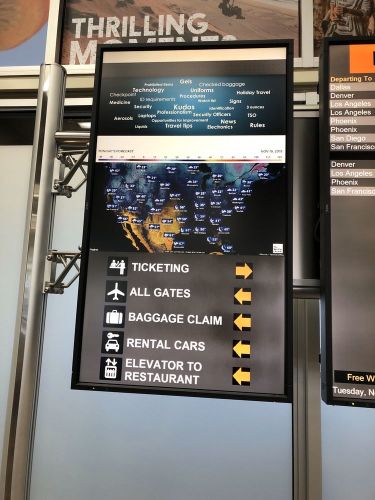 The small passenger terminal building at Monterey Peninsula Airport is available 365 days a year. Operating hours of the facility start at 04:00 am and continue to the last flight - offering Boingo wireless internet access, as well as a full-service restaurant - the Golden Tee, a snack bar, a Cafe, a gift shop/newsstand, and rental car counters. 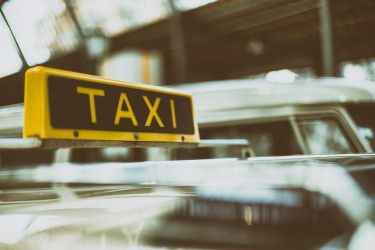 Taxi Service In many areas, taxis are admitted to serve as one of the most convenient transportation facilities for taking a ride around. Many agencies are operating in the city. Still, all travelers are urged to contact the preferred taxi service only when being fully able to leave the airport, so drivers would not have to stop the car outside, or circle around the terminal building and cause traffic. Another advice for all clients is only to use authorized taxi firms to avoid potential scams and other problems. Several taxicab companies currently serve the facility. The Monterey County Regional Taxi Authority manages taxis serving the Monterey Regional Airport. Also, all taxis offering services to the airport must be authorized and permitted by the Monterey Peninsula Airport District, which controls taxi activity at the airport. A taxi organizer is on-site to assist travelers with their taxi transportation needs. No reservations are required. 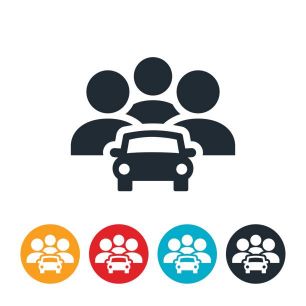 Lyft and Uber Popular rideshare agencies like Uber and Lyft are providing their services in the city and are available to drop passengers off at the departure area of the terminal. Riders should notify their driver about the airlines and terminal upon entering the facility premises. It is also urged to note several aspects before requesting a vehicle. First of all, it is always important to keep in mind the baggage requirements to choose the vehicle that will fit in all the bags. For example, the regular economy rides are mostly served with cars like Toyota Camry, Toyota Prius, Ford Escape, and Ford Escort. These kinds of vehicles can fit four people with two to three big suitcases or three to four medium ones. Of course, in case of having fewer riders, there is a possibility of fitting more luggage. Rideshares UberXL and Lyft Plus offer the XL Ride services with cars as Ford Explorer, Chevrolet Traverse, and Toyota Highlander. These models are

Avis Avis car rental counter is conveniently situated in the baggage claim of the airport and promises to offer the ideal vehicle to accommodate its customers. All the vehicle options are conveniently located outside the terminal building. Travelers are welcome to proceed to the counter where, after showing their valid driver’s license, they will be offered preprinted rental documents and keys. After-hours returns are available at the company. The drop off locations is the same as pick up. When returning a vehicle in after-hours, after parking and locking a car, customers should place the finished contract together with keys in the dropbox, which is located in the returns area. Operating hours: Sunday - Friday: 07:00 am - 10:00 pm; Saturday - 07:00 am - 08:00 pm; Contact information: (1) (831) 647-7140​ Website: https://www.avis.com/en/home Hertz Hertz counter is available at the baggage claim area of the airport. At the start o 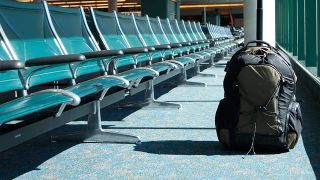 Lost and Found Customers who dropped personal belongings at the airport can inquire to different lost and found departments, depending on the location where the item was last seen. Items Left on an Aircraft Personal possessions left on board an aircraft are maintained and stored by the specific air carrier. Those items are not submitted to MRY Lost and Found. Passengers should contact the relevant airline to determine if the lost thing is in their possession. Items Left in Public Areas The Monterey Regional Airport Lost and found can be found on the second floor of the terminal building in the Administration Offices. The working hours are from 8:00 am to 5:00 pm Monday through Friday. The Lost and Found team will keep all items found in public areas, including the terminal building, TSA security checkpoints, parking lots, gate areas, and curbside. The staff will make every effort to research and find potential owners. However, the airpor 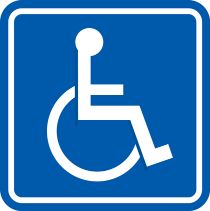 Parking Information MRY offers the convenience of Premium, Long Term, Short Term, and handicap parking options. Republic Parking manages parking Facilities. Payment for parking lot use can be made by major credit card or cash at the exit toll booths. Premium Parking (In Front of Terminal) The first 30 minutes for Premium Parking are complimentary. $3.00 for each half-hour Maximum per 24 hours costs $24 A discount is not offered for handicapped parking in this lot. Short Term Parking (Upper Lot) A half-hour of parking at the short-term lot costs $2.00 Fee for parking at the lot for 24 hours is $24 The handicap rate for this lot is $13 a day. Long Term Parking For the long term parking, each hour of the first three hours services costs $1.00 The price for any more extended period after three hours is $13.00 per day. No discount is offered for handicapped parking in this lot. Handicap Parking In the case of handicap parking, each half-hour 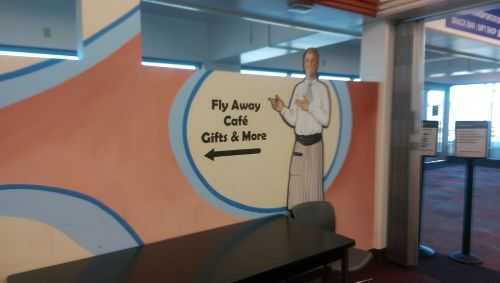 Fly Away Cafe, Bar & Lounge (Restaurant) The Fly Away Cafe, Bar & Lounge, represents a local favorite. Well known for their Calamari and Prime Rib, locals and commuters similarly enjoy fine dining while overlooking the scenic and runway Monterey Bay. The restaurant can be found on the second floor of the terminal building, outside of the security checkpoint. Fly Away Cafe, Bar & Lounge (Snack Shop) Established on the secured side of the airport, the Fly Away Snack Shop provides sandwiches, snacks, salads, beverages, as well as a full bar. Travelers who arrive early and pass through the security checkpoint are welcome to visit and relax while having a meal or drink before they leave. The facility starts its operations at 04:30 am. Gifts and More Commuters who are looking to grab a token of their experience visiting the beautiful Central Coast or some last-minute travel essentials are welcome to stop by the gift shop after passing t

Monterey Regional Airport is located approximately three miles (5 km) southeast of Monterey, California, USA. It was established in 1936 and was referred to as the Monterey Peninsula Airport until the board of directors renamed it in 2011.

The facility is owned by the municipalities that make up the Monterey Peninsula Airport District. A public facility represents a five-member board of directors that is publicly elected.

The property has its beginnings with flights from the polo field of the Hotel Del Monte in 1910. In 1941 regional communities formed the Monterey Peninsula Airport District and obtained estate to build MRY. World War II interrupted, and the U.S. Navy had to lease the property, opening Naval Auxiliary Air Station Monterey in 1943. The Navy remained at MRY until 1972.

Golden Gate Airlines, based in Monterey, was serving over 20 cities, mainly in California but also in Idaho, Nevada, Colorado, and Utah. It operated Convair 580s, Fokker F27s, and de Havilland Canada DHC-7 Dash 7s; in 1980, timetable claims more than a thousand flights weekly. The airline ceased performances circa 1981 after a failed merger with Swift Aire Lines, which was based in San Luis Obispo, CA. In 1980-81 Golden Gate operated nonstop from Monterey to Los Angeles, San Jose, Sacramento, San Francisco, Santa Barbara, Fresno, and Reno.

In 1933 Pacific Seaboard Air Lines recorded passenger flights on single-engine Bellanca CH-300s, two daily round trips. Pacific Seaboard moved its operation to the eastern U.S., renamed Chicago and Southern Airlines, and become an international and domestic airline that in 1953 was acquired by and merged into Delta Air Lines.

Mesa Airlines and SkyWest are both operating as American Eagle and SkyWest, also working as United Express to continue to operate at Monterey with regional jet flights. Mesa Air serves Canadair CRJ-900s, and SkyWest operates Canadair CRJ-200s and CRJ-700s. Horizon Air running on behalf of Alaska Airlines serves the airport with Bombardier Q400s, the most extensive and fastest member of the de Havilland Canada DHC-8 Dash 8 family.