Liverpool John Lennon Airport represents an international airport that serves North West England. During the outbreak of World War II, the facility was operated by the RAF and frequently referred to as RAF Speke. The property can be found within the City of Liverpool on the banks of the estuary of the River Mersey some 7.5 miles (12.0 km) southeast of the city center. Initially referred to as Speke Airport, the facility was renamed after famous Liverpudlian musician John Lennon of the Beatles in 2001. Scheduled domestic, North African, and European services are operated from the airport. 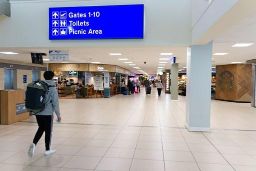 Arrival Time Liverpool John Lennon Airport advises passengers to arrive at least two hours before scheduled flight departure to allow enough time to check-in, pass through security, and to take benefit of the many passenger facilities that are now available in the departure lounge. All commuters are reminded that they must ensure they arrive at the Departure Gate at the published boarding time as specified by their airline. Security There are several security checks that all travelers are obligated to go through before being allowed to board an aircraft. Among the most tightly controlled are hand luggage as well as baggage allowances. Customers are limited in what is permitted on a plane, so it’s most useful to check what’s allowed before leaving. Even some seemingly harmless items are forbidden, so passengers should make sure they are familiarised with the necessary information before their departure. Baggage allowances Most airl 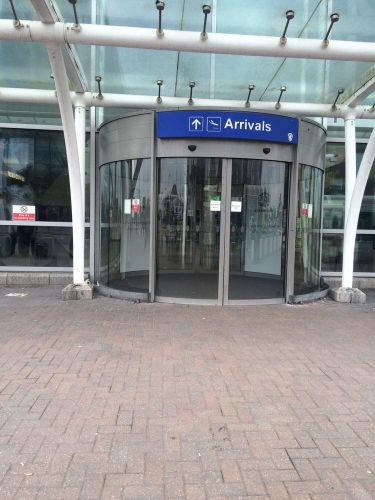 Baggage Claim As soon as passengers arrive at the Liverpool John Lennon Airport, they are welcome to proceed to the baggage claim area. Here commuters can find their luggage and leave the facility whenever it is suitable for them. 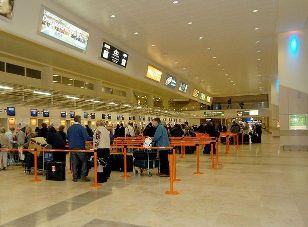 Liverpool Airport includes a modern terminal that handles both domestic and international routes. Amenities at LPL include a variety of dinings and stores. A landside grocery shop is available 24 hours for late-night snacks. Liverpool Airport Terminal is divided into two levels: Lower level The lower level also represents departures and arrivals levels. Travelers can find the check-in area before security checks. Commuters who are coming from Arrivals can enter ground transportation. After security screening, passengers can have access to boarding gates 1-10 and 30-45. Services: Currency exchange, ATMs, baby care facilities, disabled toilets, toilets, picnic area, smoking room, and access to the upper level by both stairs and lifts. Upper level The upper level stands for the top retail level with a wide range of options for a drink, food, and retail stores. Services on the lower level of the terminal include a prayer room, Toilets, disabled to

The airport can be found within the City of Liverpool on the banks of the estuary of the River Mersey some twelve kilometers southeast of the city center. The precise address of the facility is Speke Hall Ave, Speke, Liverpool L24 1YD, United Kingdom.

Rail The nearest train station to Liverpool John Lennon Airport is Liverpool South Parkway station, which is situated approximately two miles away. Passengers can get to the train station by taxi or bus. To reach the heart of Liverpool from Liverpool South Parkway, travelers should alight at Liverpool Lime Street station. Direct trips take approximately ten minutes, and a single off-peak fare price is £3.40. Bus Arriva Buses work at the airport, and the AirLink 500 bus goes into the center of Liverpool every 30 minutes, seven days a week until 06:00 pm. The journey takes about 25 minutes, with a single ticket that costs £3.00. The first and last AirLink 500 buses leave the facility at 04:42 am and 6:56 pm. Buses from Liverpool to LPL first depart at 05:04 am from Liverpool One Bus Station, with the last one at 07:16 pm. 80A, 82A, and 86A buses are also operating between the city and the John Lennon airport. Journey time is approxima 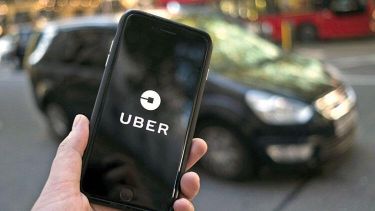 Uber Uber is available at Liverpool John Lennon Airport, so passengers are welcome to enjoy a comfortable and convenient trip to wherever they need to go. Pick-up locations can vary, so travelers are recommended to check the app after requesting a ride to make sure that they are in the right place. Uber rates to and from Liverpool Airport are not always the same and depend on several factors. Time, traffic, and other factors may strongly affect prices. Users can check the Uber price estimator that is available on the Uber app and indicate approximate trip prices. When going to request a ride, the app will provide information regarding an estimate of approximately how much time it will take for the driver to arrive at the pick-up location.

Car Hire Whether someone requires a car when landing at Liverpool John Lennon Airport, or is flying out and is interested in booking one that will be ready for passenger’s arrival at the destination, they will find different available options. The facility provides several popular car rental services on-site at Liverpool John Lennon Airport and, if anyone prefers to book a car online in advance, they will be offered a saving of up to 15% overbooking on the day. The provided services also give travelers peace of mind knowing their car is ready as soon as the flight lands. Passengers simply need to collect it once they come through Arrivals and can drop it back off at the facility or another convenient location when the hire period ends. Car Hire LocationLPL can offer car rental from Europcar, Enterprise, Hertz, and Avis, all of which are conveniently located at Liverpool John Lennon Airport’s Car Rental Centre. Counters are accessible 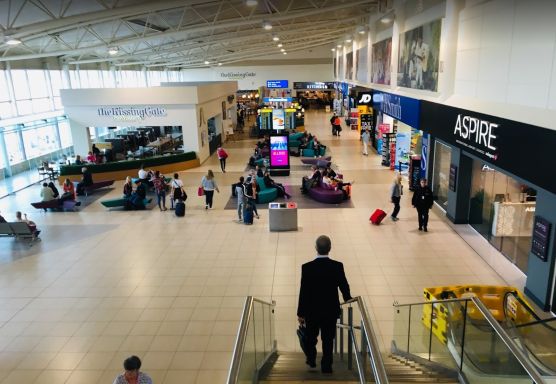 Smoking Smoking is strictly prohibited at the Liverpool John Lennon Airport. An outdoor designated smoking area is available Landside and can be accessed from the lower level, past the Kissing Gate Bar & Restaurant. Family Services Pre-ordered Baby Food – Can be found airside on both the Lower and Upper Retail levels, Boots drugstore provides pre-order service for baby formula and food. Travelers should simply place their order 2 to 7 days before their travel and pick up at the designated Boots, freeing up space in their hand luggage for other essentials. Family Rooms – A family room is accessible Landside (by Starbucks) and by the upper retail level restrooms. Nursing Room – While breastfeeding is allowed throughout the airport, there is a dedicated, private room if the passenger prefers one. The upper retail level restrooms locate it. FastTrack/Park Option offers commuters to pre-book a Family package that includes a mo 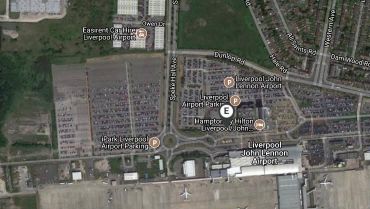 Short-Term Parking If travelers are looking for convenient and reasonably priced short-stay parking, the Short Stay Car Park at Liverpool Airport is the perfect option. Placed undercover away from the elements and directly opposite the terminal, the Short Stay Car Park is ideal for those who are picking passengers up or dropping them off at the LPL. This car park also is very close to the airport with just a minute’s walk to check-in. Prices: 40 minutes - 6£ 1 hour - 7.5£ 2 hours - 12£ 4 hours - 18£ 24 hours - 42£ Every 24 hours after that (or part thereof) is £40.00 If you are looking to book a more extended car park stay at Liverpool John Lennon Airport, you can make significant savings by pre-booking the Long Stay or Multi-Storey car parks online. Height Restriction Passengers should consider that there is a height restriction of 1.95m in this Multi-Storey Car Park. Any vehicle over this height w 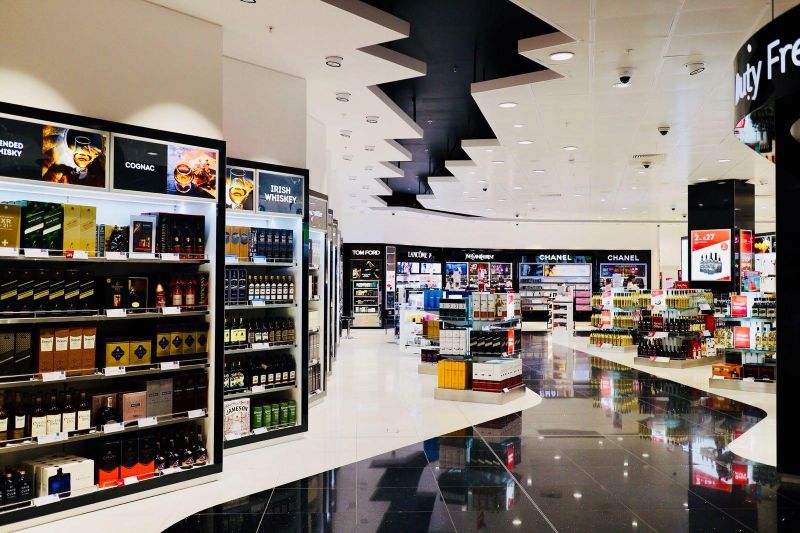 Every passenger at Liverpool Airport can buy items from duty-free stores and carry a duty-free bag onto their flight, as well as the approved hand-luggage allowed by the airline of choice. Travelers can also take one standard-sized airport shopping bag onto a flight from Liverpool Airport. Therefore, commuters are welcome to take full advantage of our duty-free perfume, spirits, cosmetics, and other high-end products ideal as gifts and present for loved ones. World Duty-Free can be found in Liverpool John Lennon Airport’s departure lounge on the higher retail level. There is also a smaller shop located on the lower level of the terminal. World Duty-Free is available from 4:30 am to 9:30 pm. Card payment by Mastercard, Visa, American Express & all major UK debit cards is accepted at World Duty-Free in Liverpool Airport, as well as cash in pounds sterling and selected foreign currency. The top fragrance and cosmetics brands can be foun

Liverpool John Lennon Airport represents an international airport that serves North West England. During the outbreak of World War II, the facility was operated by the RAF and frequently referred to as RAF Speke. The property can be found within the City of Liverpool on the banks of the estuary of the River Mersey some 7.5 miles (12.0 km) southeast of the city center. Initially referred to as Speke Airport, the facility was renamed after famous Liverpudlian musician John Lennon of the Beatles in 2001. Scheduled domestic, North African, and European services are operated from the airport.

In 2001, exactly 21 years after his death, the airport was renamed in honor of the famous John Lennon, becoming the first airport in the UK to be named after an individual. A 7 ft (2.1 m) tall statue stands to overlook the check-in hall. A line from one of Lennon’s song “Imagine”: “Above us, the only sky.” is painted on the roof of the airport as a motto. An exhibition of The Beatles in India’s photographs that were made in 1968 at the Ashram of Maharishi Mahesh Yogi, by Paul Saltzman can be found above the retail units in the departure lounge. In 2005, a brand-new apron was constructed exclusively for EasyJet. The apron was built at the east of the terminal with six stands and a pier with six boarding gates.

In September 2006, renovations started on the primary runway and taxiways. This was the very first time the runway had been reconstructed since its opening in 1966. This work was finished in 2007. In addition to runway and shoulder work, took place the upgrade of the 40-year-old airfield group lighting with a new system, designed to upgrade the runway to ILS Category III standards.

In 2007 construction of a multi-level park and a budget Hampton by Hilton Liverpool/John Lennon Airport started. The hotel opened in October 2009. In June 2010, Vancouver Airport Services proclaimed that it reached an agreement with The Peel Group to acquire a 65% share in its airports, including Liverpool.

In March 2016, Peel sold about a 20% stake in the airport to Liverpool City Council for a reported £12m. This valued the airport at £60m.

A master plan is in place to be finished by 2030, which includes the facility to grow significantly. This renovation will consist of new terminal buildings and the introduction of permanent long-haul services, which will be followed by increasing passenger numbers from 5 million a year to 7.8 million.