Columbia Metropolitan Airport is the leading commercial, and public-use airport of Columbia, and the region of the Midlands, in South Carolina. The airport is located within five miles (8 km) south-west of Columbia, in Lexington County. The area surrounded by the city of Cayce and the towns of Springdale, Pine Ridge, and South Congaree. Besides, the airport is a main, regional cargo hub for UPS Airlines. The airport code for IATA is CAE, FAA LID code is referred to as CAE, and the ICAO code is KCAE. Columbia Metropolitan Airport is owned and operated by Richland-Lexington Airport District. 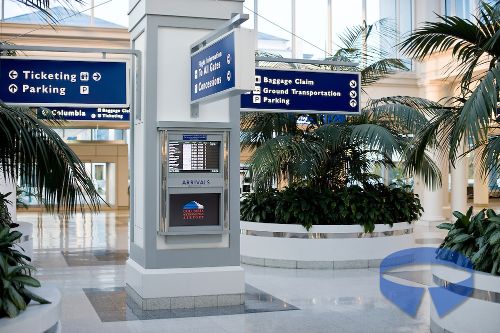 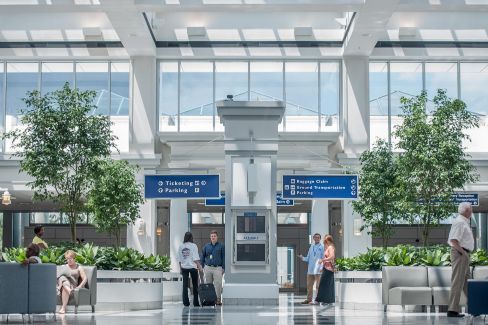 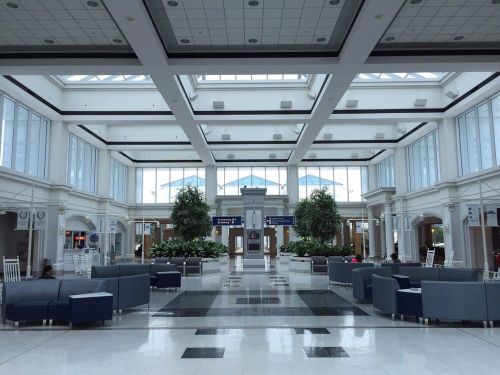 Terminal Foundation On May 30, 1965, the terminal of the CAE airport opened, which later was renovated in 1997. The renovation of the terminal was designed by Woodrum, Heyward, Fant & Associates, Ltd. The new terminal replaced the former terminal, which was built in the early 1950s. Even the old terminal was a replacement of a terminal that was built several years earlier, rather than in the early 1950s. Since the late 1980s, new capital improvements were undertaken, which included an expanded and renovated terminal, a new parking garage, and the runways were lengthened. Current Terminal The CAE terminal features several customer services, such as gift shops, restaurants, bars, and the Everett Adams Memorial Chapel, all located inside the terminal building. Columbia Metropolitan Airport’s terminal consists of one 2-level passenger terminal, along with three passenger security lanes that are available at peak travel period. Lower Level 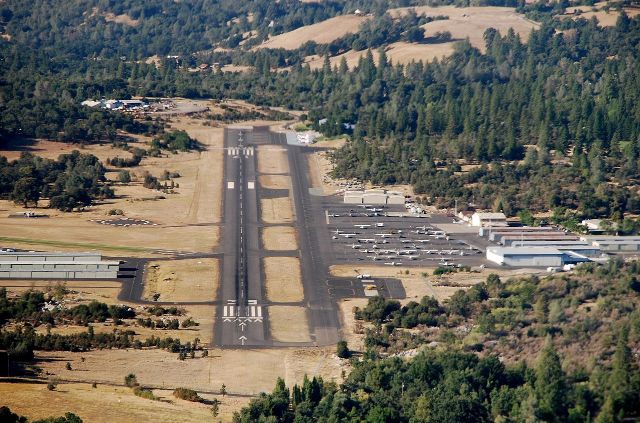 Columbia Metropolitan Airport is located about five miles (8 km) at the south-west of Columbia, in the County of Lexington, which is surrounded by the Cayce City and the towns of Pine Ridge, Springdale, and South Congaree. The precise postal address of the Columbia Metropolitan Airport is 3250 Airport Blvd, West Columbia, SC 29170, the United States. 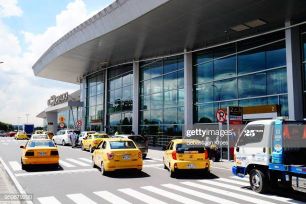 The COMET The COMET is the Central Midlands Transit, which operates rides from Monday through Saturday. COMET Route schedules vary depending on the period. Passengers are encouraged to check the schedule on their official website. Taxi Cab Service Columbia Metropolitan Airport provides Taxi Cab Services. Taxicab pick-up location is situated on the lower level of the main terminal, right in the baggage claim area. Passengers should go outside the exit doors to the left of the CAE Car Rental counters. Taxi Cab Rates Taxi Cab Service provides rides for the following rates: Ride to Fort Jackson costs $32. Service to McCrady Training Center is $49. All the other services start from $2.50 per mile, plus an additional $2 for starting on the meter.

Different Car Rental companies provide service for customers to get to and from the Columbia Metropolitan Airport, or even around the city and the region of Columbia. Rental car counters at CAE are located in the lower level of the baggage claim area. Members of Emerald Club and another executive club can go ahead towards the lower level of the airport’s parking garage to pick-up their vehicles. The following car rental companies are available at on-site airport property and serve CAE's passengers. They are Alamo, Avis, Budget, Dollar Rent, Enterprise, Hertz, Thrifty, and National. Fox.Rentals Fox. Rentals provide daily, weekly, and even long term car rentals. Their service center is located in two address: 4051 Broad River Road, Columbia, SC 29210; Phone number: 803.828.0098; or at 1200 Broad River Road, Columbia, SC 29210; Phone number: 803.708.6699. 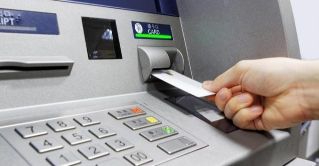 Columbia Metropolitan Airport features various airport services and facilities. Police and Fire/Rescue Services Columbia Metropolitan Airport is featured with the Police and fire/rescue services, which are provided and managed by the Public Safety of the Columbia Metro Airport Department. Public Safety police officers are from the South Carolina Police Academy Class 1, as well as from the South Carolina Fire Academy "IFSAC" Firefighter II, and the Airport Firefighter departments. Some of the officers have basic EMT certifications as well. The Department is divided into three ARFF units: the first is the RIV unit, another is a fire pumper, and the last one is a service truck. Around four patrol vehicles cover law enforcement. Besides, the Department offers fire services for CAE airport bu only at the FAR 139 level. The Lexington County Fire Service manages structural firefighting at CAE. Free Wi-Fi Columbia Metropolitan Airport provid

Parking Information Columbia Metropolitan Airport provides different parking services and options for on-site airport parking. CAE parking lots are open for 24-hours, and seven days per week. Customers of parking facilities should be aware of parking their vehicles in the designated parking areas only. If it occurs that the vehicle is parked in non-designated space, the driver of the vehicle will be ticketed, charged with fees, or towed. CAE parking service allows its customers to park their cars no more than 30 days because if the car remains at the parking space after 30 days, the vehicle will be considered unattended and abandoned until the driver notifies the CAE parking contactor in advance. Customers who wish to extend their parking period should make arrangements by stopping at the Exit Plaza of CAE parking service or call at 803-822-8474. Public Parking Lot The Reef Parking service manages CAE public parking lots. For any information, q 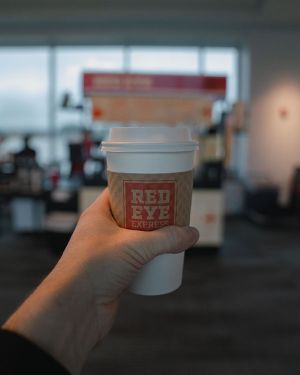 Columbia Metropolitan Airport features with various shopping and dining amenities and concessions for the convenience of its passengers, to provide a comfortable travel experience for them. The Paradies Shops At Columbia Metropolitan Airport, passengers can visit the Paradies shop stores, which is available on both sides of the TSA security checkpoint areas. The Paradies Shops offer a quick snack, a cup of fresh coffee, and items from the collection of locally made gifts and souvenirs. For questions about any of the CAE bookstores, or shops, passengers should contact the Twana Hudson-Willis at Twana.Hudson-Willis@theparadiesshops.com or call right at the number: (803) 822-8075. The Skybar Café and Runway Food Court Columbia Metropolitan Airport provides the Skybar cafe and the Runway Food court, which are operated by one of the most popular caterers of the region of Columbia. The Skybar cafe is situated in the pre-security checkpoint ar

Columbia Metropolitan Airport is the leading commercial, and public-use airport of Columbia, and the region of the Midlands, in South Carolina. The airport is located within five miles (8 km) south-west of Columbia, in Lexington County. The area surrounded by the city of Cayce and the towns of Springdale, Pine Ridge, and South Congaree. Besides, the airport is a main, regional cargo hub for UPS Airlines. The airport code for IATA is CAE, FAA LID code is referred to as CAE, and the ICAO code is KCAE. Columbia Metropolitan Airport is owned and operated by Richland-Lexington Airport District.

Columbia Metropolitan Airport occupies around 2,600 acres (which is 1,100 ha), and also, the airport consists of two runways. The CAE airport is the main hub for UPS Airlines, and previously, it was a hub for Air South, which was a former low-cost carrier.

According to the statistics, in 2017, the CAE airport had about 53,750 aircraft operations during a year, with an average of 147 daily activities, from which 37% is for air taxi, 38% for general aviation, 22% for airline and the 3% is for the military. Around 87 aircraft were based at the CAE airport: 47 were single-engine, nine were multi-engine, 28 were jets, two gliders, and 1 was a helicopter.

Concerning the annual passenger traffic, each year, CAE airport serves around 1 million air traveler passengers, though before the Great Recession, by which nearly 1.5 million travelers were served in total.

At Columbia Metropolitan Airport, passenger service is nowadays provided and managed by five scheduled airlines. Along with the passenger airlines, the airport offers commercial cargo service, which is handled via numerous air freight operators, as well as by three scheduled airlines. CAE is served by two fixed-base operators that serve the Metro facility along with different charter flights. The airport features a new air cargo terminal, Foreign Trade Zone #127, and the Columbia Airport Enterprise Park, shortly referred to as CAE Park. Columbia Metropolitan Airport recently finished the renovation and expansion of a $45 million terminal.

In 1940, Columbia Metropolitan Airport was built and named as Lexington County Airport. In 1940, there was the need to build the airfield, which would be used for air forces as World War II started in Europe. Hence the United States Army Air Corps reported the need, and the airport establishment started.

Columbia Metropolitan Airport is served by six airlines that offer more than 36 daily, round-way flights to and from around eight non-stop destinations. All these airlines connect the region of Columbia to many other cities throughout the United States. CAE is served by the following airlines: American Airlines, American Eagle, Delta Air Lines, Delta Connection, United Express, and ViaAir.