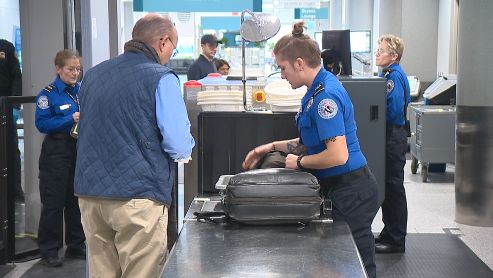 TSA security The Transportation Security Organization at Waco regional Airport is responsible for the passenger's safety. TSA security has its security measures and procedures, and every passenger is required to review the terms and follow the rules. ACT Airlines recommend travelers to get to the airport at least one hour before their departure time. On some flights, security requirements and procedures may necessitate an earlier arrival time at the ACT airport checkpoints. Passengers' luggage and carry-on baggage limitations are different from airline to airline, so before arriving at the airport, please check it with the airline or travel agent. Departure passengers should know that parking in front of the terminal is not allowed. TSA security recommends that traveling pets should be in a pet carrier. Security screening TSA screening procedure is provided by TSA security at Waco Regional Airport. The screening procedure is responsibl 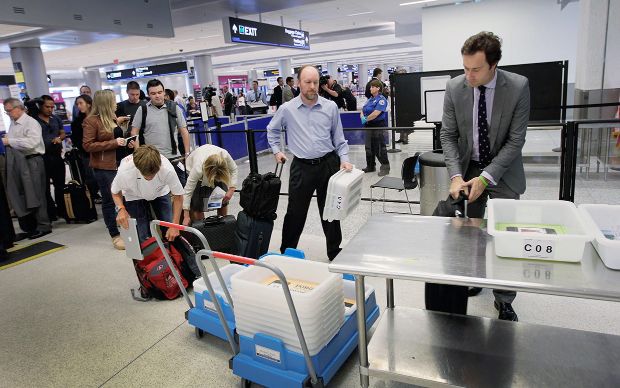 Security procedures Arrivals at Waco Regional Airport are subject to TSA security, just like departures. TSA security at ACT airport provides almost the same security procedures for the entries at the Waco Regional Airport as for departures. Passengers are required to go through security screening and remove personal items, shoes, belts, jackets, and place them into the bin for the X-ray screening. TSA officers may ask you to remove other items from your baggage for security screening. Unpacked items are scanned separately by the TSA officers. You can carry medically necessary liquids in your carry-on, the medication must be clearly labeled. It is essential to accept and follow all the TSA security requirements. Passengers who are 75 years old and older are not required to remove shoes, belts, jackets during the screening procedure. TSA security at Waco regional Airport also provides additional help during the screening procedure. TSA helpline i 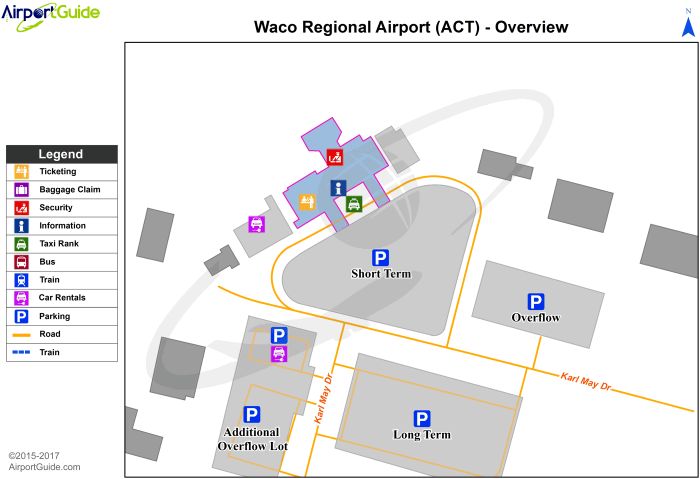 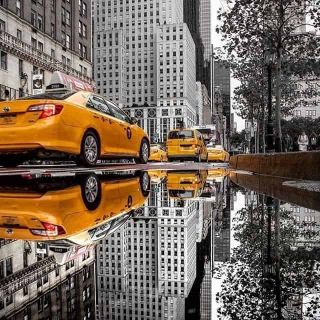 Airport shuttle Waco Regional Airport provides airport shuttle service for travelers. Airport shuttle service at ACT airport is available from 5:15 am to 7:15 pm, Monday through Friday, and On Sundays from 6:15 am to 8:15 pm. Airport shuttle trips can be arranged by calling Waco Transit System at least 24 hours in advance at (254) 750-1620. You can also schedule your flight up to two weeks in advance. Service is limited, and reservation in advance is required. Ride anywhere within McLennan County for only $3 each way, and trips adjacent to counties $5 each way. Taxi Waco city taxi provides 24/7 ACT airport taxi services from Waco and the entire neighborhood of Dallas/ Fort Worth. Waco taxi service has well experienced and licensed drivers. Waco Regional Airport taxis are well equipped, they have a GPS navigation system, and drivers also have smartphones to serve passengers better. You can make a reservation online, the contact number for the Wa 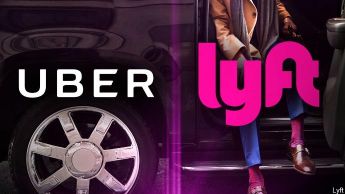 Airport shuttle Travelers flying into Waco Regional Airport can find excellent transfer options provided by Waco Streak and North Texas. Those services offer transportation to Baylor University, Dallas, and the surrounding Waco area. Travelers can book a shared ride van and enjoy comfortable and lower prices. Private Van Service offers pick-up and drop-off services in specific locations like DR Pepper Museum, Woodworks, and Stanton Glass Studio. Private Van provides door-to-door service. If you want to go anywhere in Waco and visit Homestead Heritage Private Sedan is one of the best transportation ways. Waco Regional Airport provides airport bus transfer, and it is free for children under five years. Saturday services are limited, and reservation in advance is required. Rideshare Rideshare services such as Lyft and Uber are available at Waco Regional Airport. They can drop off passengers at the departure level, alongside passengers and taxis. 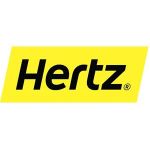 Avis Avis car rental company is provided at Waco Regional Airport. Passengers can find Avis customer service counter right in the baggage claim area. You don't have to wait for an airport shuttle bus to take you to your car because the Waco regional airport car rental parking lots are located just on-site outside the Waco Regional Airport terminal. Avis car rentals at Waco Regional airport provides a great variety of rental vehicles including Chevrolet Malibu, Nissan Altima, Kia Optima, Ford Fusion, and many others. Customers can access the Avis car rental counter in the baggage claim area at ACT airport terminal building. Renters are required to provide driver's licenses to receive a rental document and the key. The reservation also can be made online. Address: Waco, 7909 Karl May Drive, TX, 76708, U S A. Phone: 254-756-1921. Operating hours are Sunday 10:00 am-5:00 pm, Monday-Friday 9:00 am-5:30 pm. Enterprise Enterprise car rentals 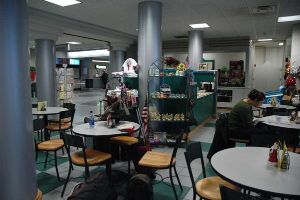 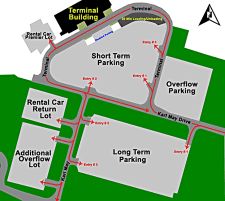 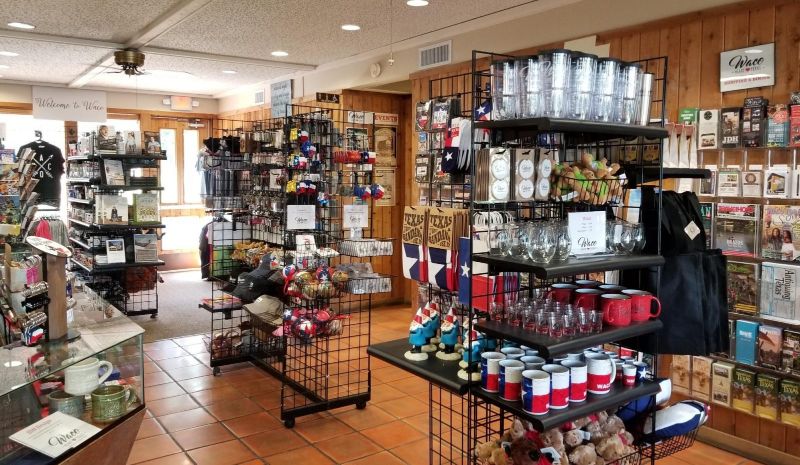 Waco Regional Airport provides duty-free shops where travelers can have a great shopping experience. There are coffee shops and gift shops provided at ACT airport, with different products. Travelers can also shop for a beverage. Waco Regional Airport has an Aerodrome cafe operated by the City of Waco's department of Aviation services. The cafe has breakfast and dining options for travelers.

In 2006 Waco Regional Airport had 36,011 aircraft operations, an average of 98 operations per day. Waco regional airport has two jetways with three gates in use with SkyWest Airlines, Envoy Air to Dallas/Fort Worth International airport. The Aerodrome Cafe is located inside the ACT terminal building, and it offers food and drink facilities. Waco Regional Airport was recent;y renovated, added two boarding bridges, and a new hold room. Updated administration areas, expanded the security area.

The history of Waco Regional Airport began in 1941 when farmland was chosen for Waco Municipal Airport. The construction of the building started in late 1941. In the early 1942 War department leased the site, and the United States Army Air Forces used Waco Regional Airport for a training airfield. By that time, the airport consisted of three runways, and they were partially completed. The public building project included Barracks, mess halls, hospital, theatre, administrative buildings, the church. There were also aircraft hangers and a new control tower built. The facility was initially named China Springs Army Airfield and then Later called Waco Army Airfield. It was Waco Army Airfield before being renamed Blackland Army Airfield. It was activated in 1942, being a glider training school. The primary mission of the school was to train cadets. In 1945 flying training ended, and it became a base of Waco Army Airfield. The first airline flights were on Braniff. Pioneer arrived in 1947.