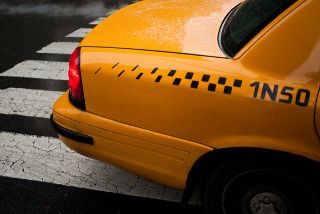 Ride Cabs represents Skyxe’s licensed on-demand taxi service provider for journeys from the air terminal building. Taxis can be found conveniently available along the terminal curbside or pre-arranged by contacting Riide at 306-652-2222 or emailing the Curbside Operations Group of the company at parking@skyxe.ca.

Effective January 17, 2019,Skyxe Saskatoon Airport launched a Taxi Zone Fare – Flat Rate Map. Zone prices are designated to offer airport commuters reliable and guaranteed flat rates for taxi trips. The agency provides certainty for passengers by letting them know how much their taxi fare will cost in advance. The company also makes sure to eliminate any perception that taxi drivers take a less efficient route to the destination to increase fees. This program is also consistent with other international airports across the country. Since its launch, the agency has been tracking the public feedback aiming to amend the information as necessary after the annual review. After utilizing the feedback from the community and working with the licensed service providers to amend the flat price zones and fares. All customers who use a licensed taxi when leaving the airport can either default to the meter rate or to pick the updated taxi zone fare map rate. Both prices include the $2 airport trip fee. For continuous improvement of the program, the agency encourages public feedback. Feedback can be sent to info@skyxe.ca.

Other taxi providers are also ready to provide trips for Skyxe guests from Skyxe on a pre-arranged basis or when the customer calls for service upon arrival. Taxi drop off’s on the curbside can be accessed for all taxi service providers.

All commercial cars under license with the Saskatoon International Airport are subject to a drop-off or pick-up fee, which is included in the rate. 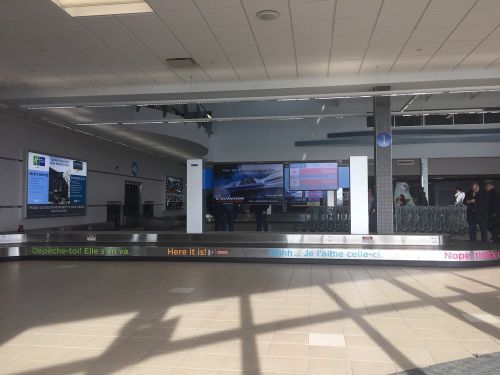 Canada Border Services Agency (CBSA) Canada Border Services Agency is operating at YXE airport to install, manage, and protect the border of Canada. Administrators are performing at the property to make sure that passengers who arrive comply with the laws of the country. By performing at the facility, CBSA representatives are identifying commuters who may carry a possible threat. Agents are working to remove passengers who are recognized inadmissible in Canada. By inspecting the items that arrive at the country’s borders, CBSA representatives are making sure that no illegal items enter the nation, and all applicable taxes and duties on the goods are collected.

City Bus Route Saskatoon Transit provides passengers with bus services to and from their downtown bus terminal, where travelers can connect to many other routes. The City of Saskatoon advises commuters to use Google Transit to plan their bus route to and from the Saskatoon John G. Diefenbaker International Airport.

Play Areas Working with Child-Friendly Saskatoon, children provided their feedback on what they wanted to see at Saskatoon Airport, and the facility rook the requests into consideration. A toddler focused aviation play center is conveniently located pre-security, and three play areas can be found post-security on the second floor. The kids’ area is near gate four and includes a ‘push to play’ interactive projector that will help the use of any of the energy that passengers (or their kids) need to get rid of before a long flight. Ambassador Program In a city where volunteerism runs rampant, the Airport Ambassadors represent the best-of-the-best. Always armed with a friendly smile, representatives can answer travelers’ questions, help them find where they need to be, and offer assistance. Baggage Delivery Round bags, large bags, square bags, and oversized bags. The services have them all, even lost bags. For domestic flight