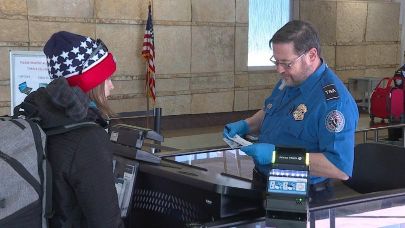 TSA procedures At Rapid City Regional Airport, security screening and procedures are done by Transportation Security Administration, known as TSA. At TSA checkpoints, travelers are asked to remove their electronic devices, shoes, and jackets and place them in the bind for further screening. TSA officers demand that passengers must remove any electronic device more significant than a cell phone from their carry-on bags. These devices might include E-readers, game systems, tablets, I pads, laptops, and so on. Along with the carry-on bags and electronic devices, travelers also go under a full-body scanner. Passengers should organize their carry-on bags accordingly to the TSA prohibited item rule. Identification At TSA checkpoints, every adult who is 18 years old or older must provide a valid identification document to the TSA officer. These identification documents include these forms: U.S. passport, U.S. passport card, DHS trusted traveler cards, 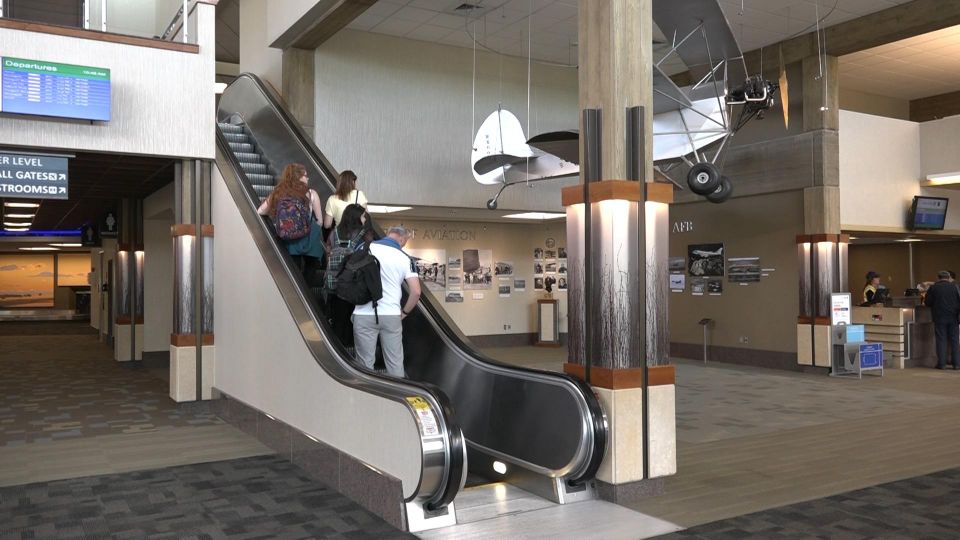 After landing at Rapid City Regional Airport, travelers go straight to the baggage claim area to get their checked-in bags back. The airport administration and airlines recommend passengers to check the aircraft for their belongings carefully and then leave the plane. If a traveler loses something on the flight, he/she can contact the airline directly. After claiming their baggage back, travelers can rent a car straight from the airport, at the car rental center. There are restrooms and restaurants available at Rapid City Regional Airport on the ground level. Getting away from the airport is easy, there are many options available, including hotel shuttles and taxis.

Rapid City Regional Airport terminal is a renovated modern building, providing a variety of services. The airport terminal was renovated in 2012, after a 20.5 million dollar project, designed by TSP Architecture. The terminal has one boarding gate, ticketing and baggage claim areas, security checkpoints, and boarding area. Rapid City Regional Airport includes a rental car center with major companies such as Avis, Budget, Enterprise, Hertz, etc. The terminal has a restaurant located on two locations pre and post-security. There also is a gift shop selling snacks, t-shirts, hats, magazines, and so on. There are restrooms available on both floors of the terminal, including unisex bathrooms, which are for the families. 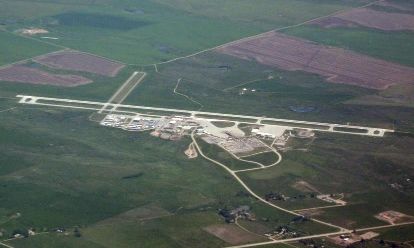 Using an airport shuttle is one of the cheapest options to move around from Rapid City Regional Airport. Airport Express Shuttle, Inc operates the airport shuttle at RAP. The telephone number of the company is +1 605 399 9999. According to the company's website, the starting price of a ride per person starts from 25 dollars. Another transfer option is to use a rideshare company services. The most famous rideshare companies in the U.S. Uber and Lyft provide rides to and from Rapid City Regional Airport. The first recommendation from both companies is that passengers should book the right size car accordingly to their baggage. Companies have a massive choice of vehicles, economy cars, SUVs and vans, and minivans for bigger groups.

Avis Avis car rental company is among the most popular car rentals in Rapid City. The company counter is located on-site at the airport. Rental cars are parked outside the terminal, so visitors can get the car after landing at Rapid City Regional Airport. Avis has a wide variety of vehicles starting from intermediate cars, such as Chevrolet Cruze, Toyota Corolla, Nissan Sentra, KIA Forte, Hyundai Elantra, etc.; intermediate SUVs, like Ford Escape, Nissan Rogue, Jeep Compass, and so on, and standard elite SUVs, such as Ford Explorer, Nissan Pathfinder, Buick Enclave, Dodge Durango, Ford Flex, and so on. Passengers can make their choice and rent a car starting from 92 dollars per day. Address: 4550 Terminal Road, Suite 107. Telephone number: +1 605 393 0740. Hours of Operation: Sun-Fri 8: AM - 11:45 PM; Sat 8:00 AM - 9:45 PM. Website: https://www.avis.com/en/locations/us/sd/rapid-city . Budget The budget company counter is located in the baggage

Rapid City Regional Airports offers its visitors many services to make sure they have comfortable flight experience. These services include accessible parking. Both parking lots have accessible parking spaces, and these parking spaces are located near the walkways. There also is an elevator for the people in a wheelchair, one of them is located in the baggage claim area, and the second one is post-security near gate 1. Family restrooms The terminal has restrooms, including unisex toilets for the families. The family restroom is located in the baggage claim area and the concourse. Emergency / Fire For travelers with cardiac emergencies, RAP provides multiple defibrillators. Emergency staff and firefighters are operating 24 hours a day at the airport. Wi-Fi At Rapid City Regional Airport, visitors can enjoy complimentary Wi-Fi. Airport Eateries The airport terminal also provides food services. Passengers can dine at the airport restaurants, locat 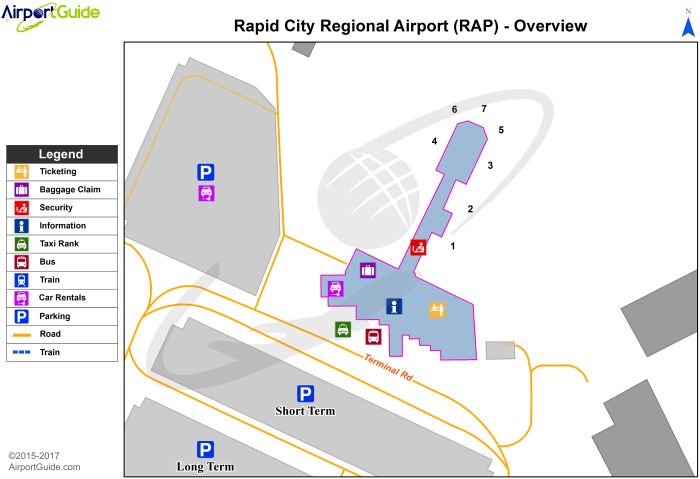 Republic Parking System operates parking at Rapid City Regional Airport. The airport has two parking lots, located in two different locations and parking charges vary depending on whether it is a long or short term parking lot. Short-Term Parking Lot The short-term parking lot is located closest to the airport terminal. The first 30 minutes in this parking lot is free. After 30 minutes, each half-hour costs one dollar. The daily maximum of parking fees is up to 12 dollars. The maximum weekly charge consists of 84 dollars. If the visitor loses the parking ticket, they need to pay 10 dollars as a fee. Long-Term Parking Lot In the long term parking lot, the first 30 minutes are also free. Each hour of parking costs 2 dollars, and the daily maximum of the parking fee is 10 dollars. The parking charge for the week is 60 dollars. For the lost parking ticket, visitors are paying 10 dollars. The telephone number of a local office of the airport parking 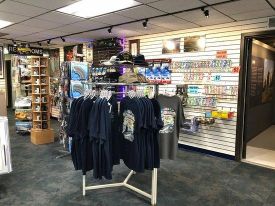 Rapid City Regional Airport, makes wait time for passengers to fly by very fast. Snacks, coffee, restaurant, and gift shop are available on-site to make the best experience for every visitor. If you are hungry, you can dine at the airport restaurant. The restaurant is located on the second floor of the terminal building, post-security. The menu has extensive selections of deli sandwiches, also popular salads, breakfast and lunch specials, and many more. The airport restaurant is open from 5:00 AM and closes after the last flight departs. The telephone number of the restaurant is +1 605 393 8000. For the last-minute gifts, the airport gift shop is there to help. The gift shop operated by Mount Rushmore Memories provides everything from souvenirs to in-flight necessities, such as newspapers, magazines, snacks, clothing, locally made crafts and gifts. The telephone number of the gift shop is +1 605 791 6868.

Rapid City Regional Airport terminal opened in 1988. Aviation history in Rapid City goes back in the early 1900s. The terminal building of the airport was renovated in 2012, the project designed by TSP Architecture did cost 20.5 million dollars. After the renovation, expanded security area, added body scanners, car rental wing, attached seating spaces in the concourse, also improved shopping area and food service. The terminal got exterior repair, too, with energy-efficient windows.