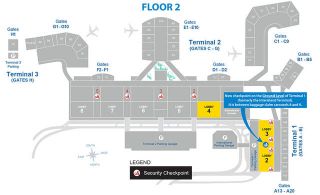 Pago Pago International airport has one main passenger terminal, with a combination of 8 buildings they are interconnected. PPG terminal has three aircraft gates (A, B, C).

In the mid-1970s, PPG terminal also went through expansion, the building was doubled in size, and handled more passengers. 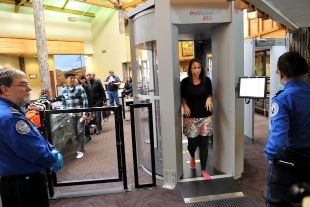 TSA security Transportation security organization (TSA) has special security measures and rules, and every passenger is required to follow the rules. TSA security is responsible for Traveler' safety and provides several security procedures. Transportation Security Administration advises passengers to arrive at the airport at least two hours before their scheduled departure flights, to have enough time for parking, and several security procedures. Screening procedure The screening procedure is part of the other procedures provided by TSA security at Pago Pago International airport. The main reason why this procedure is designed is that it is responsible for the hazardous, harmful items to be removed from the airport area. During the screening procedure, travelers are asked to remove their items such as shoes, heavy coats, jackets, belts, laptops, or other electronic devices more substantial than a cell phone. Those items are checked and scan 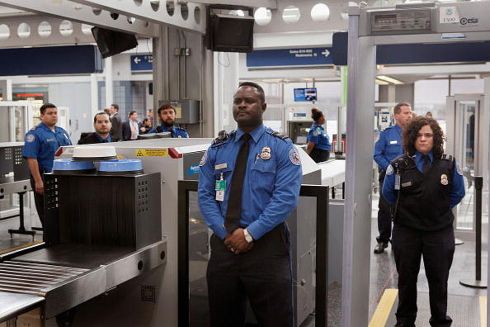 Security procedures PPG airport security is responsible for arrivals safety, has a particular program, and PPG airport security rules and procedures. Arrivals at PPG international airports have to go through the security screening just like the departures. Passengers are asked to remove their shoes, belts, jackets, electronic devices and place them into the bin for the X-ray screening procedure. The security staff and the PPG airport policy is also responsible for monitoring and controlling the PPG airport area. Passengers at PPG airports also have the chance to enjoy the TSA unique program for trusted travelers. TSA Precheck program enables travelers to undergo security screening without removing their items such as shoes, belts, electronics, and offers faster and stress-free travel experience. Check-in times at PPG international airport are from 1.00 pm to 10.00 pm. Security screening times: 8;30pm - 10:10pm. There will be no exceptions. Ea 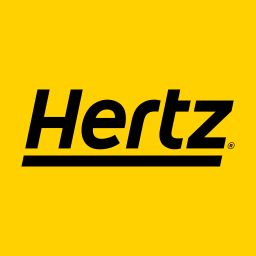 Avis Avis car rental company is one of the world's best car rental companies, which is also provided at Pago Pago International airport. Avis car rental counter is located inside the PPG terminal building. Avis car rentals have a large variety of different types of cars, and the rental cars from Avis can be found outside the baggage claim area at PPG airport. All you need to do is to choose a vehicle that suits your needs the best and provide a driver's license at the Avis car rental counter. After hours return, it is necessary to lock the car and park at the Avis car rentals parking, then leave the key and the contract in the DropBox, located in the returns area. Address: American Samoa, Terminal Building, Pago Pago, 96799, Samoa (American). Phone: (1684) 699-2746. Operating hours are Sunday- Saturday, open for 24 hours. Hertz Hertz car rentals are located at Pago Pago International Airport. The company has a great variety of cars with