Teesside International Airport, also previously known as Durham Tees Valley Airport, is an international, public-use airport which is located in the Borough of Darlington within the County Durham, in north-east England. The airport is at the east of Darlington town center and the west of Stockton-on-Tees, within ten mi (16 km) south-west of Middlesbrough and around 24 mi (39 km) south of Durham. The airport serves the County Durham, North East, and North Yorkshire, situated near to the village of Middleton St George. The airport codes are IATA: MME, and ICAO: EGNV. 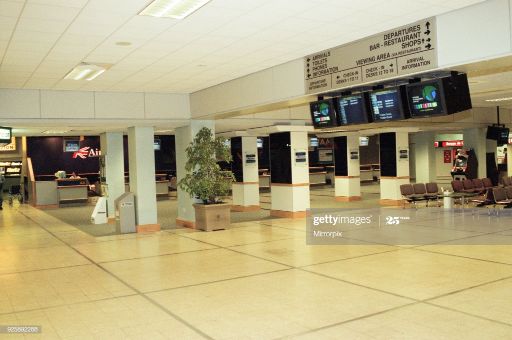 Arrival time Teesside International Airport recommends that passengers arrive at least two hours before the scheduled departure time. Check-in counter operating hours depend on the airline a passenger is flying. Generally, check-in closes between 30-40 minutes before departure, while boarding begins around 40 minutes before the departure time. Check-in online At MME, each airline has its approach to online check-in; hence passengers are advised to verify them with their airline to get precise information on what they need to do and bring. Check-in at the airport The Check-in area desks can be found through the airline logo shown on the screen above the counter. Passengers should present a passport, tickets, or booking confirmation to save time. Airport Security At MME, the airport security staff are ready to assist passengers during screening procedures. For disabled persons, who require privacy or special assistance, a dedicated, private room 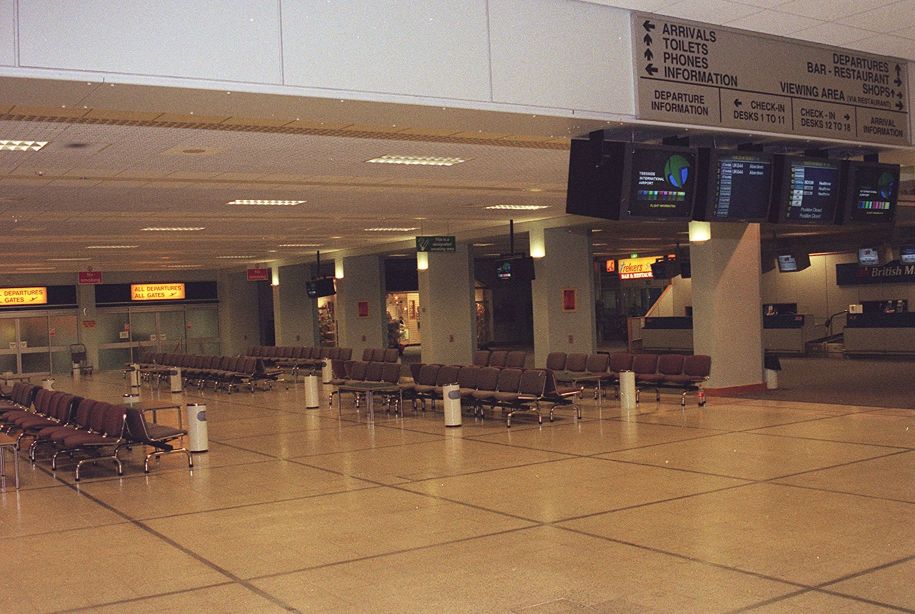 Teesside International Airport has a single, main terminal that handles the arrivals lounge. All arrivals at MME should proceed to the baggage claim area to reclaim baggage and then move to meet point area, exit, or to the ground transportation facility. 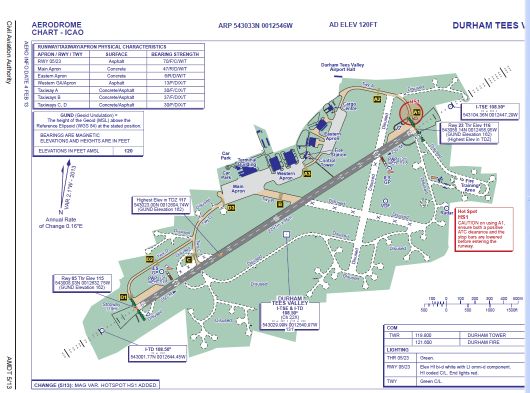 Teesside International Airport has one terminal, which houses arrivals and departures lounge, with separate security checkpoints and check-in counter facilities. When the MME terminal interior was completed, the remainder of a planned £56 million development and expansion program enabled the MME airport to handle a maximum of 3 million passengers for each year after 2006. 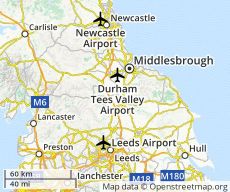 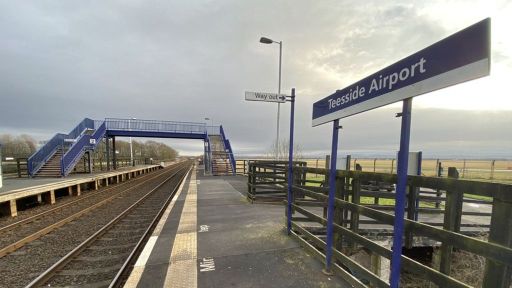 Bus & Couch At Teesside International Airport the bus number 12 serves the airport for around six times each day: two routes before 9 am and four routes from 3.25 pm. Bus service provides onward ride departing from Hurworth running through the center of Darlington town, Morton Park, Middleton St George, and to the MME terminal building. Darlington town center is located just a ten-minute walk from Darlington train station, served by the East Coast Main Line. Darlington train station operates regular connections to Edinburgh, London, Newcastle, York. Besides, the train has regional links to Redcar, Middlesbrough, Saltburn, and Bishop Auckland. For more information regarding available public transport services, call 0871 200 22 33. Getting at MME by Car Passengers can get to the MME airport right by their private vehicles from the north and south sides as follows: From the North - drivers should take the A19, which is signposted as The South/

Taxi Service Various local taxi companies serve Teesside International Airport. One of them is the 1AB Taxis Ltd company. 1AB Taxis 1AB Taxis Ltd operates a 24-hour service for 365 days per year. The company provides a modern fleet of vehicles that can carry up to eight passengers at one time. 1AB Taxis Ltd can handle passenger groups of all numbers and carry them to and from Teesside International airport at any time, either during the day or night. Outside the arrivals lounge and a booking desk in the main terminal, there is a dedicated pick-up point for 1 AB taxis at the taxi rank. For further information, passengers can call 01325 282828 or dial 01325 466664 to book a taxi service. 1AB Taxis Ltd Freephone 1AB Taxis Ltd provides a freephone available for all MME airport customers to use. The freephone is located at the baggage claim point in the arrivals hallway. Passengers should simply lift the receiver and then wait for a connection, and 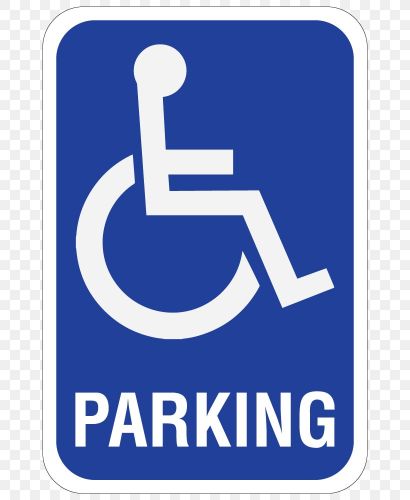 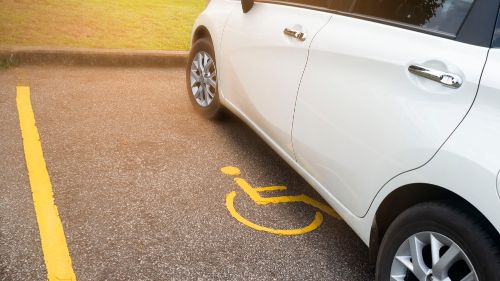 Parking information Teesside International Airportprovides an on-site car park at the proximity to the airport and terminal. There are no airport shuttle buses, no waiting area, and besides, drivers who park their car must keep car keys with them. The safety of the parking zones is controlled and monitored for 24 hours, seven days a week. Additionally, the MME parking has recently been awarded and categorized as safe parking status by Park Mark. Parking rates The first three hours of parking at MME Airport are free. Booking is recommended in advance, but if for any reason customer could not book online, they can later pay with the airport’s standard drive-up rates, outlined as below: Up to 3 hours is free Up to 8 hours cost £5.00 Up to 10 hours is £12.00 Up to 12 hours is £20.00 Up to 24 hours is £23.00 For two days it is £40.00 For three days it is £45.00 For four days it is £49.00 For five days

WHSmith Teesside International airport houses WHSmith, which is a one-stop-shop for magazines, books, snacks, food, drinks, confectionery, travel accessories, as well as for health and beauty essentials. Passengers can enjoy from the latest novels to the hottest newspaper and magazines, with tasty food and thirst-quenching drinks, along with travel essentials and digital accessories. Xpress Café & Bar Teesside International airport houses Xpress Cafés, which is located on the main concourse and at the departure lounge. Both Cafes offer excellent customer service and a wide choice of snacks, coffee, and a variety of hot and cold meals.

Teesside International Airport, also previously known as Durham Tees Valley Airport, is an international, public-use airport which is located in the Borough of Darlington within the County Durham, in north-east England. The airport is at the east of Darlington town center and the west of Stockton-on-Tees, within ten mi (16 km) south-west of Middlesbrough and around 24 mi (39 km) south of Durham. The airport serves the County Durham, North East, and North Yorkshire, situated near to the village of Middleton St George. The airport codes are IATA: MME, and ICAO: EGNV.

The MME airfield was established in 1941 as Royal Air Force Station Middleton St. George, known to the locals as RAF Goosepool. The former airfield and RAF Station was developed into a civil-public airport. The first civilian flight from MME took place in April 1964 served via Mercury Airlines to Manchester. In 1966, Princess Margaretha of Sweden first opened the international passenger terminal.

The Tees Valley Combined Authority owns the MME's 75%, while the Stobart Aviation owns the remaining 25%. The airport had strong growth during 1993-2006 when passenger numbers reached its peak of 917,963. Due to the financial crisis of 2007–2010, the MME airport passenger numbers steeply declined. Until 2017, passenger numbers kept falling to 130,911, before having small increases in 2018-2019. Combined with the so-called "core" business flights which are currently operating out of the MME airport, the long-term hope is of pushing the number of passenger beyond 1.4m by attracting a low-cost airline in the next decade.

Teesside International Airport is one of the small airports of the UK, which is offering a connection to five European and seven domestic destinations.

Airlines serving at MME are: