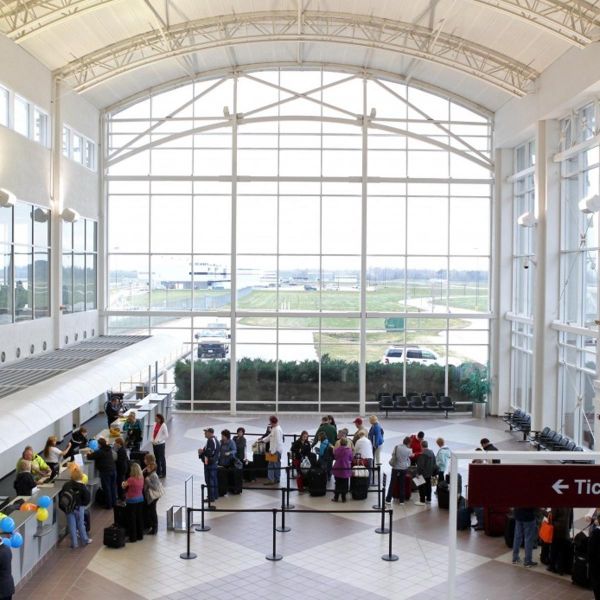 Regarding the terminals, Manchester Airport has three terminals, the names of terminals are 1,2, and 3. Skylink links Terminals 1 and 2. However, a passenger can be aided by travelers, and be here in 10-15 minute walk. The Skylink also links terminals to the railway station complex, which is known as "The station," it also connects the Radisson BLU Hotel. Skylink 1 was established in 1993, while Skylink 2 was opened in September 1996, like the Radisson. Terminal 1 is working for airlines with schedules and charter operations, and those airlines fly to Europe, as well as other worldwide destinations. Terminal 1 is the largest terminal at Manchester Airport, it was established in 1962, and it serves as a base for EasyJet. Terminal 2 operates for a variety of airlines, which are operating both charters, as well as scheduled flights to many worldwide destinations. Terminal 2 owns 16 gates, 9 of them are air bridges. The current capacity of the terminal is 25 million passengers a year.

Even though the airport does not serve London, passengers from all around the world need a variety of Transportation. Due to this fact, Manchester Airport provides a lot of transportation means. Bus Services at MAN The Station has a contract with the airport, and they offer bus, rail, coach. They have 24-hour bus service 43, which goes every 10 minutes to Manchester city center via Northenden, Withington, Fallowfield, and many. Taxi Service at MAN Black Cab Taxis operates for the Manchester Airport, and they are located outside all three terminals, as well as the Station. Booking of this service is not required, and a passenger can go straight to the taxi rank.

There are many parking spaces at MAN, as well as prices differ, due to this every type of passenger, as well as the budget, can suit this. All parking spaces are close to the terminal. If a passenger stays long, the Mid Stay car park will be a beneficial choice. Meet and Greet can be another option, as well. Booking is not required at MAN. However, it may have some sales. MAN Payment method Each passenger can pay by cash or by credit card at MAN, and there are not imposing additional fees due to credit cards or something. They are accepting all kinds of credit cards.

There are many duty-free stores, and a passenger can buy technology, fragrances, souvenirs, travel necessities, as well as clothes at MAN. Zoodle, WHS Smith, Victoria's Secret, Lacoste, Next, Pandora are operating there and many more stores.