Luxembourg Airport represents the main airport in Luxembourg. Previously known as Luxembourg Findel Airport because of its site at Findel, the facility is an only international airport in Luxembourg. It is the only airport in the country which includes a paved runway. The property is located approximately four miles (6.02 kilometers) east of Luxembourg City. In 2018, the facility handled more than four million passengers. By cargo tonnage, LUX was ranked as fifth-busiest in Europe and the world's 28th-busiest in 2010. Luxair, international airline in Luxembourg, and cargo airline Cargolux have their head offices within the airport property. 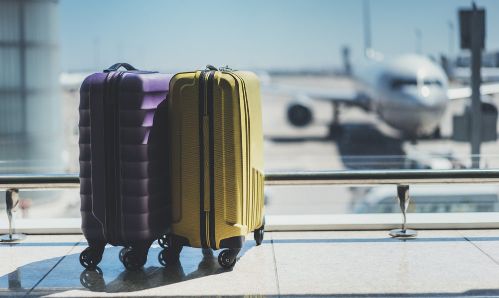 Check-In Luxembourg Airport makes every effort to offer the best and most varied check-in services to cater to passengers' needs. As such, a great deal of focus has been put on providing travelers with an unrivaled selection of facilities. The majority of airlines at Luxembourg Airport provide commuters with online check-in, so it is better to skip the queues and registration online. If passengers are only traveling with hand luggage, then they can proceed directly to the security gate at the facility. For more information, travelers are recommended to check their airline's website. Self- Service Check-in These convenient self-service check-in desks can be found in the departures hall. Passengers can skip the queues and quickly complete the check-in procedure for their flight. All the instructions are indicated on-screen, and the boarding pass can be printed there and then. This option is currently available for travelers flying with: 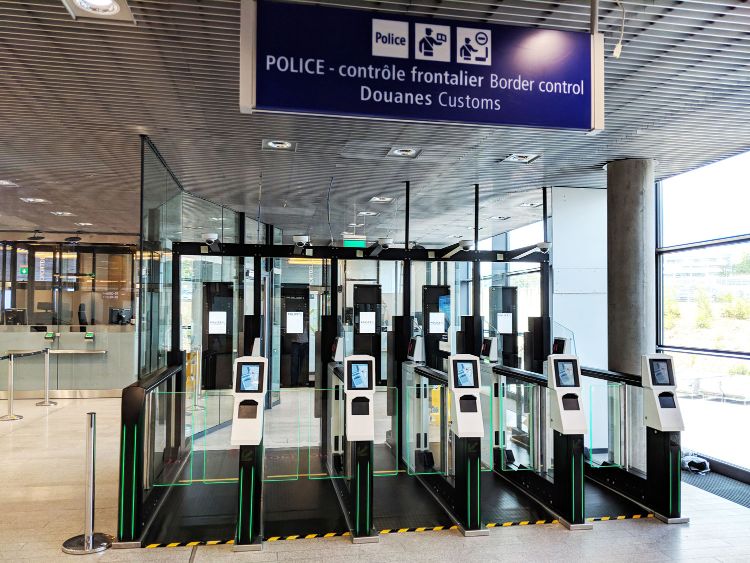 Improving traveler flows and service while keeping safe borders represented the joint aim of establishing the new ABC-Gates. Commuters traveling to Non-Schengen and arriving from Non-Schengen countries can benefit from the reduced processing time and the modern, spacious area. Approximately 20% of the travelers flying from and to Luxembourg Airport enter or exit via the border control. Moreover, this number might increase because of the addition of new destinations, like Ra's al-Chaima, in the United Arab Emirates operated by Luxair from 2018. Increasing the number of border control lanes addresses the increasing demand. With the implementation of the automated border control gates, we followed our shared goal to increase the service to the commuters while maintaining our safe borders. Underlines Etienne Schneider, Deputy Prime Minister and Minister of the Economy and Internal Security. Benefits for travelers: Reduced waiting time for all co 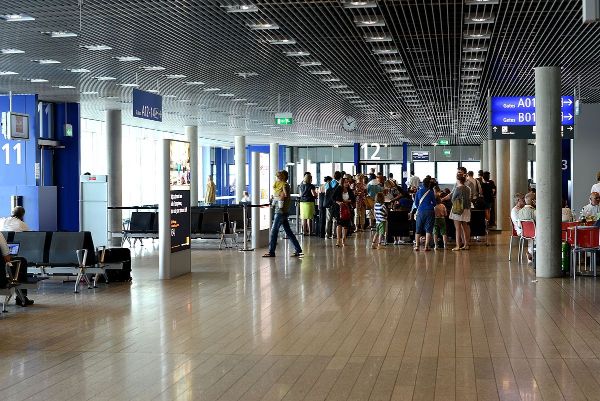 Terminal A Built-in 1975, the building represented the only terminal of the facility for 30 years, until terminal B opened in 2004. The building was getting overcrowded, especially during the summer period, and only included two or three shops. The terminal started to be demolished at the end of 2011 and was finished by March 2012. This measure was aimed to make way for a footbridge connecting terminal B to the new terminal A. Establishment of the new Terminal A began in 2005 and was inaugurated in May 2008. Terminal B Terminal B opened in 2004. The building is unique as it only contains gates and no arrivals hall or check-in counters. It was constructed for small planes with a maximum capacity of 50 people. The terminal can handle up to 600,000 commuters a year. The facility reopened in 2017 after some arrangements to handle aircraft with a capacity of up to 80 travelers. Luxair's Q400 fleet mostly uses it. 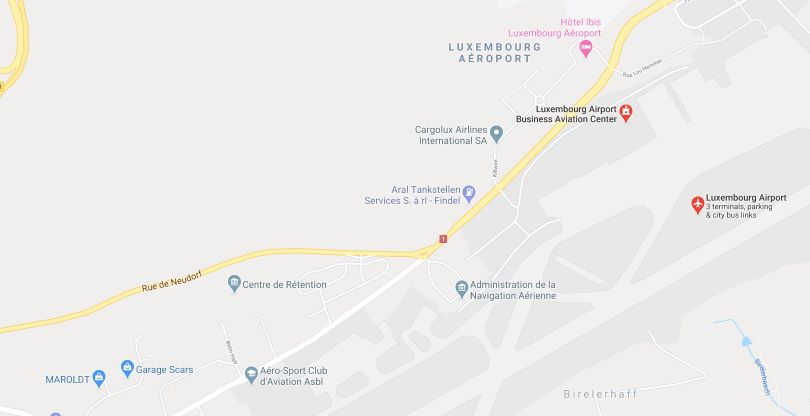 The airport is located 3.5 miles north-east of the capital city of Luxembourg-Ville, in the southern part of Luxembourg. It can be accessed by the A1 motorway, Exit 9, and by A6/A7 motorway, Exit 7. For traffic information open: cita.lu. The address of the property is Rue de Trèves, 2632 Findel, Luxembourg. 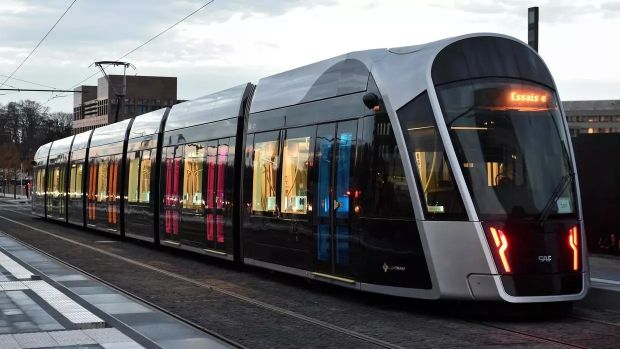 Public Transport Bus 16 operates every 10 to 15 minutes between the airport, the city center for the same rate. Bus 117 runs from the facility to Luxembourg City and also to Trier, across the border in Germany, with three departures in the afternoon on weekdays (trip time: 15 minutes; fare: €4). Ticket machines are conveniently available in Arrivals. For receiving further information, passengers can contact the agency on the numbers indicated below: Mobiliteitszentral- tel: 2465 2465; Luxembourg City Municipality - tel: 4796 2975; 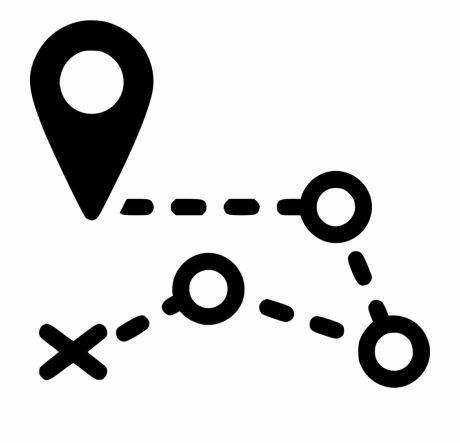 Taxi Passengers will find plenty of taxis at the front of the terminal, available to escort them to the desired destination. Approved taxis Any taxi officially supported in the country are required to have the following identification marks: a light panel with the inscription "Taxi"; a taxi-zone plate; a blackboard; a tariff display; for the driver: a driver card. Taking a taxi on a reserved space Taxi ranks are marked with a sign indicating the area of ​​geographic validity. Since 2016, the client is no longer obliged to take the first taxi in the queue, but the principle of leading the queue remains in force for the parking of taxis. Hailing a taxi It is possible at any time to signal a free taxi driver on the way as long as passengers are at least 50 meters from a taxi stand. Its illuminated light panel can identify a free taxi on the roof. On-demand It is possible to make a reservation for a taxi by calling a taxi ope 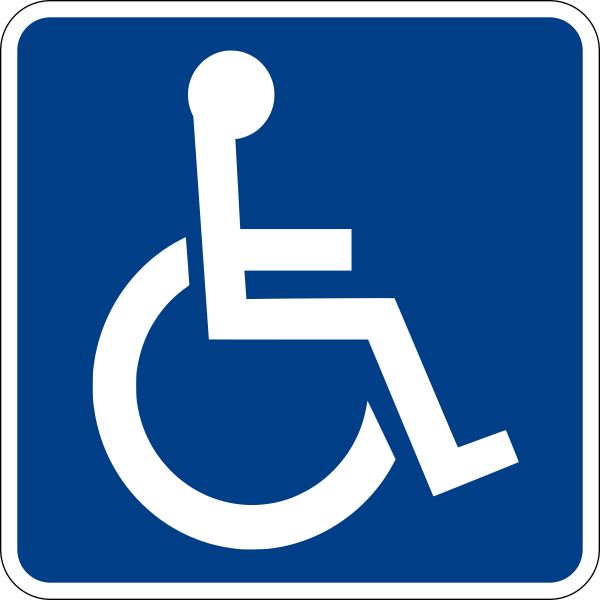 Lost & Found On rare occasions, personal items or hand luggage can be forgotten about or misplaced. A "Lost & Found counter" is conveniently situated after the security checkpoint in the baggage claim. If passengers happen to lose anything on the airplane, the dedicated staff will do everything they can to help them. Commuters can contact the Lost & Found counter from 08:00 am to 10:00 am and from 03:00 pm - 05:00 pm on +352 2456 5003 or send an email to baggage.claim@luxairgroup.lu . For items left inside the terminal, the police represent the relevant authority to contact. Passengers with reduced mobility If commuters require any special assistance, Luxembourg Airport is more than happy to help. Travelers should kindly follow the steps below to avail themselves of Luxembourg Airport's assistance: Passengers can request their tour operator or travel agent at least 48 hours before the scheduled departure. The airline wi

Short-Term C The short-Term parking lot at the airport is available from an average one minute time to the terminal building. The lot includes 250 parking spaces and provides quickest terminal access. The lot offers free parking for the first 15 minutes, located directly at the terminal curbside and above ground. The area guarantees commuters the quickest terminal access and is ideal for picking up and dropping off passengers. However, drivers should remember about the maximum height limitation: 2,20 m. Indoor A/B The average time from the lot to the terminal is 3 minutes. The lot provides the airport with over 4,000 spaces and direct access to the building. If commuters are looking for comfort and convenience, then the underground indoor parking facility represents an ideal choice. This car park allows for direct access to the airport terminal. What's more, an internal parking guidance system will lead travelers towards the closest free spa 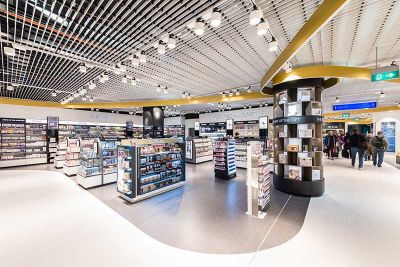 Once passengers pass through the security checkpoint, they will find the large Aelia Walkthrough Duty Free available inside the terminal. This sleek, modern shop provides visitors with a great selection of duty-free products, perfume, fashion, cosmetics, and accessories. No reason to not indulge in some pre-flight shopping before heading off on the journey. The Aelia Duty-free is available as one-stop-shop for the perfect gift, be it for passengers or someone else. The shop in the departures lounge is accessible to visitors and passengers. Passengers will be able to browse through a wide selection of big brands from chocolates, liquors, cosmetics, and tobacco to top quality fashion accessories. Commuters who are looking for a last-minute gift are also welcome to find some options. Two hours of free parking is offered for all purchases over €50 Operating hours: 05:15 am until 30 minutes before the last flight departs.

Luxembourg Airport represents the main airport in Luxembourg. Previously known as Luxembourg Findel Airport because of its site at Findel, the facility is an only international airport in Luxembourg. It is the only airport in the country which includes a paved runway. The property is located approximately four miles (6.02 kilometers) east of Luxembourg City. In 2018, the facility handled more than four million passengers. By cargo tonnage, LUX was ranked as fifth-busiest in Europe and the world's 28th-busiest in 2010. Luxair, international airline in Luxembourg, and cargo airline Cargolux have their head offices within the airport property.

The airport, known initially as "Sandweiler Airport," was opened in the 1930s, and initially included a small grass airfield with a short, 3,400 ft (1,000 m) runway.

German use during World War II

Germany invaded neutral Luxembourg in 1940, and on May 21, the Luftwaffe assigned Jagdgeschwader 53 (J.G. 53), a Messerschmitt Bf 109 fighter unit, to the facility. J.G. 53 was engaged in combat against the British and French Expeditionary Force in France throughout the Battle of France in May and June. Sandweiler Airport then stayed unused in the following years by the Luftwaffe until 1944, when Aufklärungsgruppe 123, a reconnaissance unit that used to operate the Henschel Hs 126, a two-seat observation and reconnaissance aircraft, was assigned to the property. AKG 123 moved east into Germany after only a few days when the U.S. Army moved through Luxembourg and released the country of the occupying German forces.

Luxembourg Airport has constructed a high-security area available far away from most airport activities for attracting the business of transporting valuable items like art and jewels. Due to the record provided by Hiscox, there is a "massive demand" for such a hub for precious cargo. Planes taxi away from the main airport facilities before loading. In 2015, the airline with the most significant share of the airport's total commuter volume was still Luxair, with 1.69 million travelers at a 63% share.