London City Airport represents an international airport in London, England. It is conveniently situated in the Royal Docks in the London Borough of Newham, about 11 kilometers (7 miles) east of London and a shorter distance east of Canary Wharf. The facility was developed by the engineering company Mowlem in 1986–87. 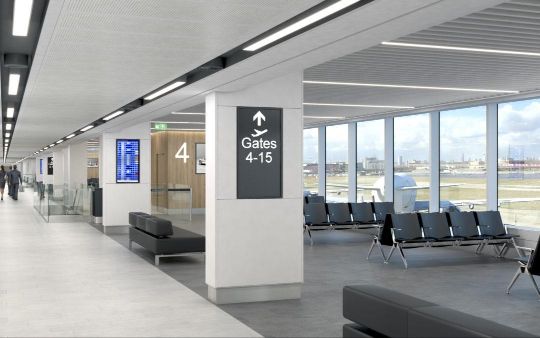 Security London City Airport is working to process passengers as quickly as possible. Commuters are recommended to allow additional time for security procedures, especially during peak times. Security at the LCY does not only include screening bags. Passengers should consider that baggage rules vary depending on airlines and the type of ticket obtained. Customers are encouraged to examine baggage rules with their airline before arriving at London City Airport. The facility advises travelers to be prepared when reaching security checkpoints; all cabin luggage will be X-ray screened. Passengers should place large electrical items and laptops individually in a tray after removing the outer casing or sleeve. Hand baggage and layer should be placed into a tray. All liquid items must be correctly bagged and placed into the tray. Pushchairs are subject to hand search, and walking aids are X-ray screened. For avoiding possible delays at the security, 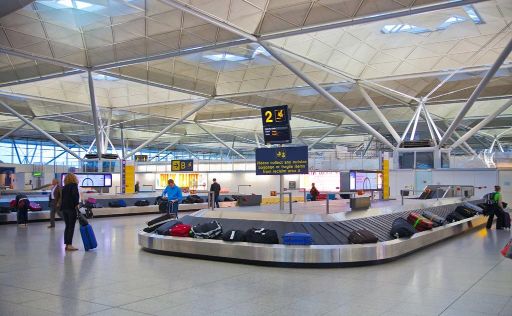 Passport Control Lane 1 European chipped-passport holders are free to use the automated e-passport gates that serve as an alternative to regular passport checks. The machine scans e-passport at the barrier runs a face-recognition check against the chip in the passport, and then, if passengers are eligible to enter the U.K., the gate opens automatically. Travelers have to be over 18 and have an e-passport issued by Switzerland or any country in the European Economic Area to use Lane 1’s automated gates. Lane 2 This lane is used for the European Union (E.U.), British, European Economic Area (EEA), and Swiss nationals. Lane 3 Lane 3 is dedicated to all other nationalities. Commuters who use this lane are also required to complete a landing card. In lanes, a Border Force representative will ask passengers to show their passport or valid travel document along with any other supporting documentation that is necessary for their visit. Commuters 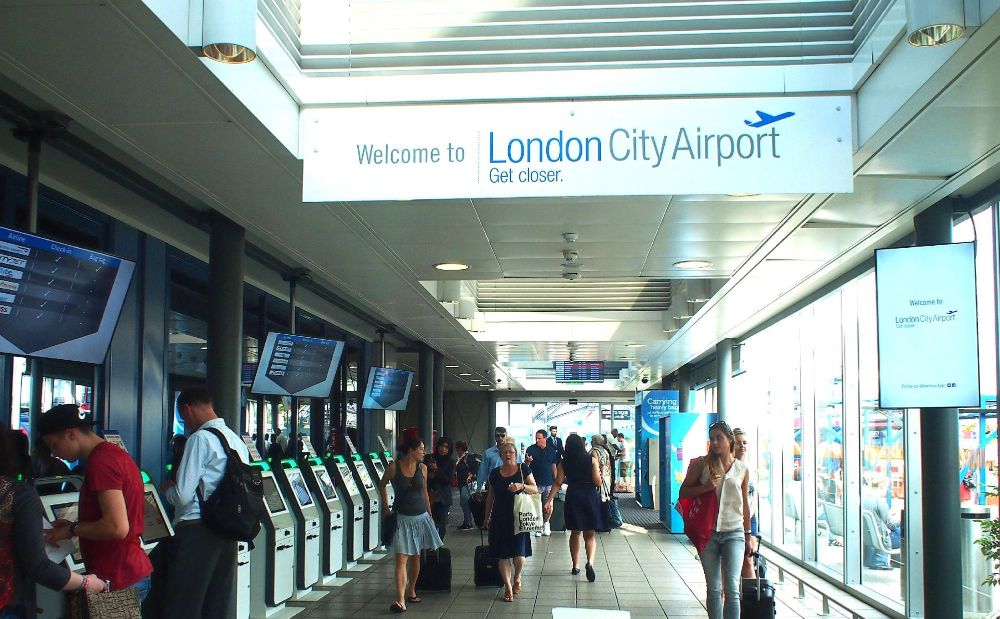 With limited space in the London Docklands area and relatively low passenger volumes, LCY is small compared with several other airports that serve London, such as Heathrow, Stansted, Gatwick, and Luton. The facility consists of a single, two-story passenger terminal building. The ground floor includes the check-in desks and some service amenities as well as a staircase leading to the security checkpoint on the higher level, after which several shops and the airside waiting area can be found. The area is connected to piers on both sides. The hallways on the above floor lead to the departure gates located on the ground level. As the facility has no jet bridges, walk-boarding is used on all stands.

The only airport in London, London City Airport, can be found three miles from Canary Wharf, less than a mile from the world-class event’s venue ExCeL London, and six miles from the City of London. Commuters traveling to and from the facility can enjoy fast transfers on the Docklands Light Railway (DLR) with a journey time of 14 minutes to Poplar, 22 minutes to Bank, and 17 minutes to Stratford International. The airport is situated on the doorstep of London’s financial district, is admitted vital to the business, and plays an integral role in the growth of London. The precise address is Hartmann Rd, Royal Docks, London E16 2PX, United Kingdom. 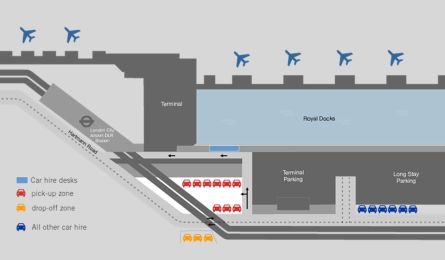 Uber Uber is accessible at LCY, so commuters are more than welcome to enjoy a comfortable trip to wherever they need to go. How drop-offs work With only one terminal, LCY represents an accessible airport to navigate. Only drop-off riders at the forecourt and passengers are done. However, it is essential to keep the app until exiting the airport property. How pick-ups work It’s simple to get trip confirmations from riders when leaving the airport. However, these trips operate a little differently than others. For receiving a trip confirmation at LCY, travelers have to wait in the car park of Gallions Reach Shopping Centre (E6 7ER), where they will be placed in the queue to receive notification of pick-up confirmation from the facility. The detailed information about instructions and procedures is indicated below: Passengers will be placed in the queue for the next pick-up that works based on a first-come, first-served method. Once receivi 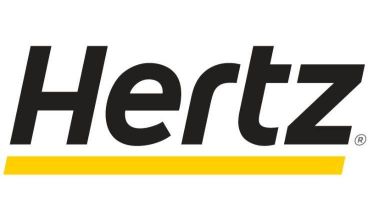 Passengers can hire a car from several well-known rental companies located at London City Airport. Travelers are welcome to choose from several car rental firms: Avis, Hertz, Europcar, and Budget Car Hire. The car hire counters can be found next to the terminal. Operating hours: Monday to Friday 07:00 am - 9:30 pm Saturday 07:00 am - 16:00 pm Sunday 10:00 am - 21:30 pm (Avis: 08:00pm) Avis From green vehicles to prestige cars, Avis provides a wide range of options. It also represents a convenient choice with pick-up and returns points available within 200 meters of the airport. Avis customers can enjoy low-emission city cars, home delivery service, GPS, and one-way hire availability for customers with preferred membership. Budget The budget represents a globally recognized brand that provides reliability, quality, and value for money. Known for offering economy car rentals with a high level of service passengers expect when hiring a car for b 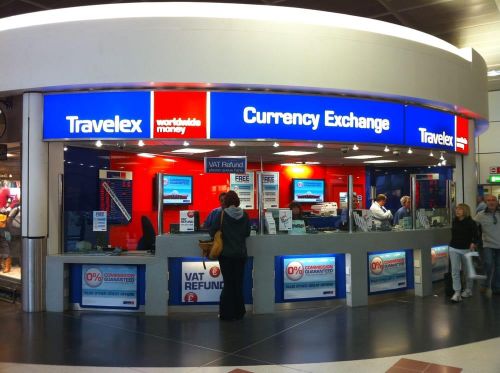 Wi-Fi LCY offers complimentary wireless internet access to all travelers in the terminal. When arriving at the airport passengers can enjoy unlimited Free Wi-Fi, by simply following the instructions below: After navigating to the list of available wireless networks, passengers should choose LCY Free Wi-Fi and then open an internet browser. Users can complete LCY marketing questions for offers and news or skip to them and connect to the internet. Once connected, passengers will be offered 15 mins of access to verify their email address, and then they will be able to enjoy complimentary Wi-Fi for the duration of their stay at LCY. Currency for Foreign Travel London City Airport partnered up with foreign exchange company Travelex. If passengers order online at least four hours before collection, they can purchase Swiss Francs, US Dollars, Euros, and Travelex Money Card prepaid currency cards for pickup at the facility. Travelex offers its UK clie 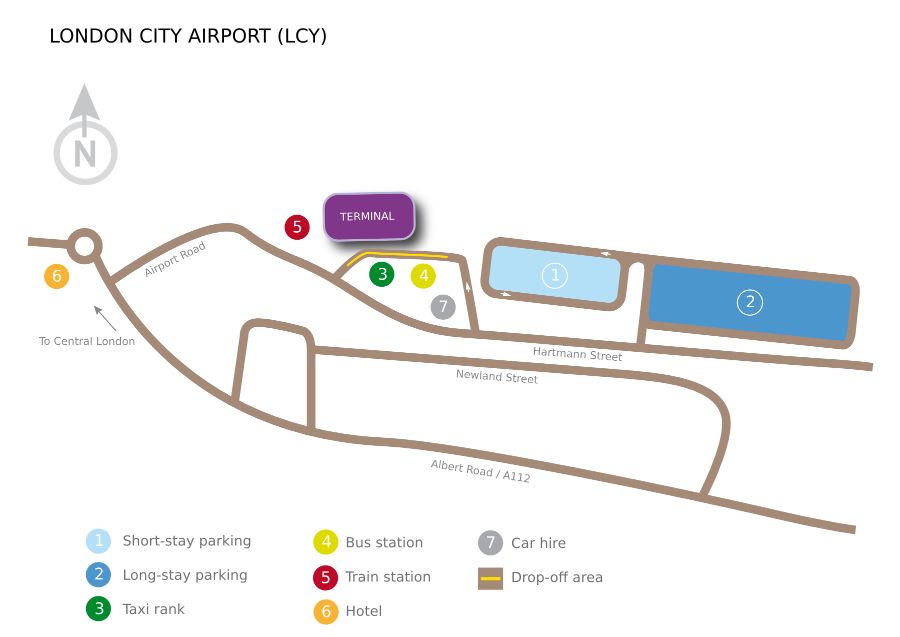 Many customers get to LCY by car, so the facility offers a range of car parking services to make the arrival process as easy as possible. The main car park is located a few minutes from the terminal, offering flexibility and peace of mind before the flight. Passengers should consider a 3.3-meter height restriction on all vehicles when entering the parking area. Payment Pre-booked tickets are issued with a reference number, and customers receive their tickets at the barrier on arrival. Drivers who prefer not to pre-book will be issued a ticket on the day of their arrival, which they must pay before leaving the property. Travelers should note that the airport does not take cash payments at the Customer Service Information Desk. However, all major credit cards are accepted. One pay point is located at the pick-up area, and the second one can be accessed at the entrance of the terminal. Motorcycle and bicycle parking Passengers can park their push 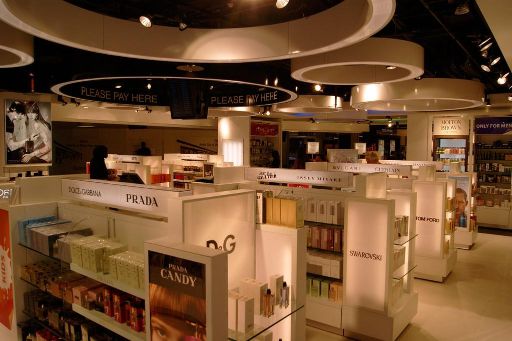 Aelia Duty-Free Aelia Duty-Free offers commuters the ultimate airport shopping experience. Available after the security checkpoint, Aelia Duty-Free features a wide range of products, all at great prices. Passengers are welcome to shop their favorite cosmetics and perfume lines, confectionery brands, and alcohol, including a vast range of British products, and souvenir gift ideas, all at prices to rival the high street. Aelia Duty-Free is up to 20% cheaper on skincare, perfume, and cosmetics. Aelia Duty-Free provides a free Shop & Collect service for those who are traveling to desirable destinations. Commuters can leave their purchases with sales consultants while traveling. The item(s) will be available for a free collection in Arrivals upon their return.

London City Airport represents an international airport in London, England. It is conveniently situated in the Royal Docks in the London Borough of Newham, about 11 kilometers (7 miles) east of London and a shorter distance east of Canary Wharf. The facility was developed by the engineering company Mowlem in 1986–87.

In early 2013, construction was expected to begin on a £15m investment program to renovate the western pier with improved lounges and new departure gates and to redevelop the baggage handling areas and the international arrivals hall. The facility operators have developed a master plan outlining their vision for growth up to 2030. The project represented subject to public consultation during spring 2006 and has been republished, including comments from the consultation. The master plan showed a phased expansion of the facility, providing the capability of handling over 8 million passengers per annum by 2030. Phase 1 of this development project would be undertaken by 2015. The terminal building would also be lengthened to use the triangle of land, separating it from the railway station. The current jet center that served corporate aviation would be reached, a replacement fire station provided, and a new hangar built to allow aircraft operations. Phases 2 and 3 would be undertaken from 2015 to 2030. Further aircraft parking stands would be constructed to the east of the terminal, and a taxiway would be built alongside, to avoid the need for aircraft to back-track on the runway. Both these developments would involve a further reduction in the water area of King George V Dock. The current fuel farm would be moved to a site at the east of the facility, where it could be provided by barge, and connected to a hydrant based supply complex, thus eliminating both on-airport fuel bowser movements and road tanker deliveries. The existing surface vehicle park would be replaced by a multi-story car park, enabling extension of the car drop-off and pick up area. Hangar facilities and the jet center would be further extended. Lastly, the present terminal building would be replaced.

In October 2015, Global Infrastructure Partners, which owned 75% of the airport, put it up for selling, with the agreement of Oaktree Capital Management, which keeps the remaining 25%. The sale was finished on 10 March 2016.

In September 2016, British Airways declared the close of one of its two daily long-haul all-business-class services that operated from the LCY to New York City, due to the economic reasons.

The decision was made to move the control tower to a site about 80 miles (130 km) away at Swanwick, Hampshire, using three cable links providing real-time video, which will represent the U.K. first by moving air traffic controllers to a remotely managed digital control room.