Jersey Airport represents an international facility located in the parish of Saint Peter, approximately 4.6 miles (7.4 km) west-northwest of Saint Helier in Jersey, in the Channel Islands. 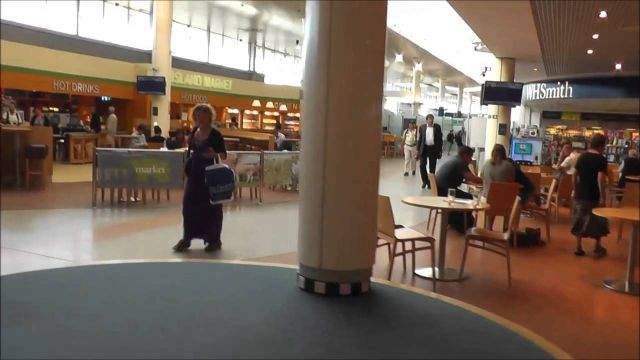 Security Passengers are urged to have their boarding card ready for presentation at the central security checkpoint in the Departures Terminal, where it will be scanned and inspected. If travelers have printed their tickets themselves, they should make sure that the barcodes are clear and distinct so that they can be scanned. If it cannot be scanned, commuters will require to obtain another boarding pass from their airline’s check-in desk. In case of not having a mobile phone boarding card, customers should have the screen ready to be scanned. Being screened Passengers are urged to remove all outdoor wear, including blazers, jackets, and other heavy clothes, before arriving at the x-ray machine. Another aspect of being considered is to remove waste belts that have metal buckles and place it in the security trays together with any coins or keys from the pockets. A representative of the security team will advise if passengers will need to r 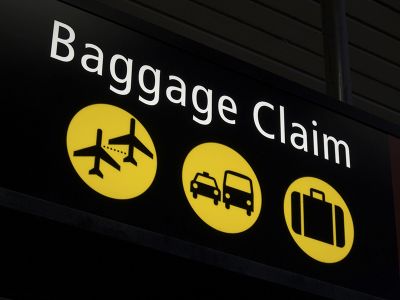 Border Force Once passengers landed at Jersey Airport, they will be expected to pass through the passport control area. These methods involve a check of the passport or other identification documentation as well as the evidence of travelers’ right to travel into the country. Border Force manages the passport control area, and passengers are advised to have their passport or identity card ready, which includes its removal from a holder or wallet, and have it open on the page with a photo. Travelers should remove their sunglasses as well as any headwear and stay from using any mobile device. Baggage reclaim Checked luggage can be collected from the carousel in the Baggage Reclaim area. If the bag or suitcase doesn’t come out of the carousel, passengers will have to contact their airline and talk to the baggage handling administrators. 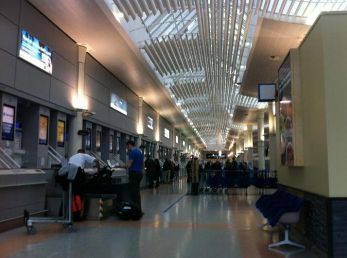 The 1937 terminal was constructed with a control tower between the arrivals and departures areas. The building was extended in 1976. A new departures terminal adjoining the current terminal was opened in 1997. A new air traffic control tower was finished and opened in late 2010, and all primary airport operations have been shifted to these new buildings. Work was expected to start late 2011 to demolish the original airport building built in 1937 and which contains large amounts of asbestos. Still, work was never undertaken as the building was chosen as a protected historical building. Ultimately, on 17 March 2014, it was decided on the grounds of aviation security, that the old building would have to be demolished. Jersey represents a part of the Common Travel Area, which means that there are limited identity card checks before boarding a flight to the U.K. or Ireland. A full passport check takes place when traveling to or from other countries.

Jersey Airport represents an international facility located in the parish of Saint Peter, approximately 4.6 miles (7.4 km) west-northwest of Saint Helier in Jersey, in the Channel Islands. The street address of the property is St Peter, Jersey JE1 1BY, Jersey. 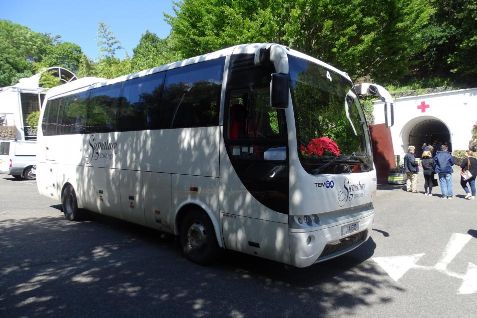 Public bus A public bus stop is available immediately in front of the Arrivals Terminal, offering a frequent service (bus number 15) to Liberation Station located in the Island’s capital, St Helier, via Red Houses and St Aubin. Journey time takes approximately 30 minutes. The next available bus departure time is available in ‘real-time’ on display that can be found at the bus stop. Commuters returning to Jersey Airport will be dropped off in front of the Departures Terminal. Timetables and fare information are accessible from the LibertyBus website, or telephone +44 (0) 1534 828 555. Private coach Tourists holidaying in Jersey with a Tour Operator often have a coach transfer included as part of their package. Private coach transfers can be booked upon arrival at Jersey Airport, subject to availability. The following coach companies are providing services from Jersey Airport and can arrange morning, afternoon, evening, and all-

Taxi A public taxi rank is available immediately in front of the Arrivals Terminal. Public taxis are meter controlled. Pre-booked cabs can be found in a designated area to the rear of the arrivals car park. There are three rate tariffs which may be applied by both pre-booked cabs and public rank taxis, depending on the time and day: Tariff 1 – Monday - Saturday, 07:00 am to 00:11 pm any day of the week after 07:00 am and before 11:00 pm. Tariff 2 – Monday - Saturday, 00:11 pm to 07:00 am; all day Sunday and Public Holidays Tariff 3 - Christmas Eve through to Boxing Day, 07:00 pm to 07:00 am and from 07:00 pm on New Year’s Eve until 07:00 am on 2nd January. These tariffs are set for all trips from a designated rank; rates may vary for pre-booked journeys by private cab. Passengers are recommended to confirm the tariff when making their reservation. Commuters can expect to pay approximately £15 for a taxi to St Helier ( 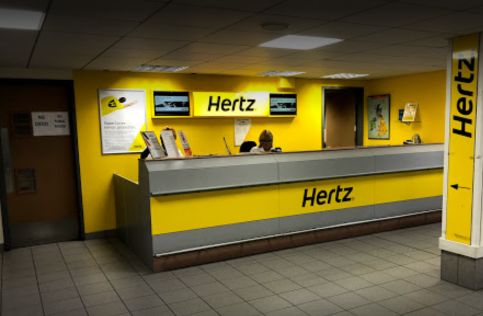 There are several cars hire agencies based in Jersey Airport, below is a list of companies that are based on-site inside the terminal building. Europcar, Hertz, and Avis have a dedicated counter in the airport arrivals terminal and cars based on site. 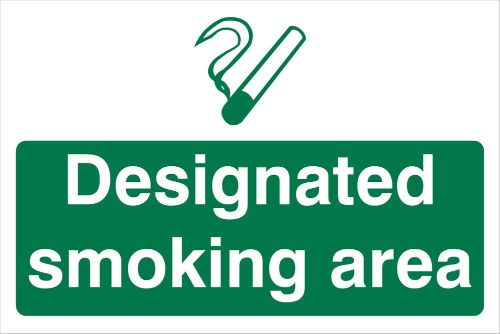 Wi-Fi Free Wi-Fi access is offered throughout Jersey Airport. To use, passengers should simply select ‘Sure Wi-Fi - Jersey Airport’ from the list of available service providers. Commuters should accept terms of use before having access, but no personal information is required. Baby Care Facilities Aero Zone children’s play area Available in the landside Arrivals Terminal, this aviation-themed zone, complete with its replica airplane and gadgets, is fitting for youngsters up to 6 years old. Adjacent to the Café, the area is free to use, but an adult must supervise kids at all times. Height restrictions do apply. Baby changing facilities Facilities can be accessed in the Departures Terminal, adjacent to the Coffee Shop in the check-in area, as well as in the airside Departures Lounge, after clearing the central security search. Baby products The retail outlet WHSmith is located in the airside Departures Lounge, stocks a s 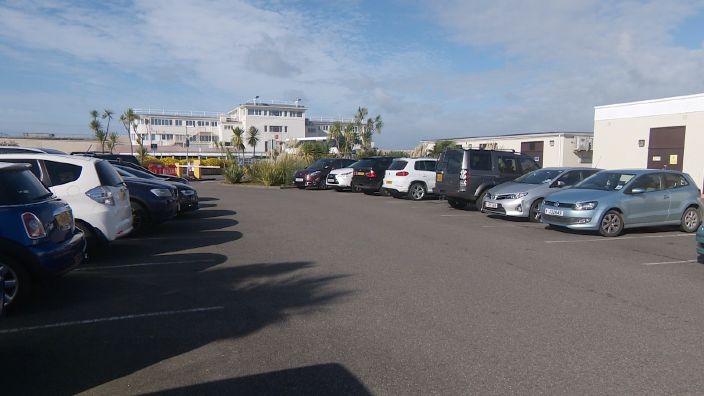 Car parking Two public car parks are available at Jersey Airport. The long-stay car park can be found opposite the Departures Terminal, and another one is located directly in front of the Arrivals Terminal. Both car parks offer designated parking spaces for disabled drivers. Parking rates Mainstay car park - 80 pence per hour or part thereof ‘Arrivals’ cark park costs 80 pence per half hour or part thereof Payment for parking can be made by using the automated pay machines, which are placed in both the Departures and Arrivals terminal. Motorbike parking Complimentary designated parking is available for motorbikes. It is located on the north side of the ‘hire car’ slip road. However, passengers should consider that the lot is not covered. Bicycle parking When arriving at the facility with bicycle commuters are free to use complimentary covered bicycle parking, which is conveniently available behind the Alares House buil 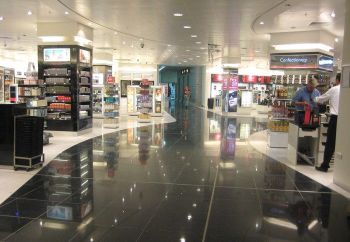 World Duty-Free Group stores offer passengers the ultimate airport shopping experience. As the U.K.’s leading travel retailer, the company provides an unparalleled selection of premium products, like cosmetics, confectionery, fragrances, fashion accessories, spirits, souvenirs, skincare, sunglasses, fine foods, fine wines, champagne, cigars, and tobacco. World Duty-Free works to offer passengers the latest products at great value prices. For travelers who are heading away on holiday to Barbados or jetting off to Boston for business, World Duty-Free represents the place to purchase any of thousands of items at great savings against the U.K. High Street prices. Food and drink concessions at the airport Jersey Airport offers a wide range of hot and cold food options, either ready-made or cooked to order from one of the catering facilities. Passengers are welcome to relax and enjoy a great range of hot breakfasts and all-day meals in The Jerse

Jersey Airport represents an international facility located in the parish of Saint Peter, approximately 4.6 miles (7.4 km) west-northwest of Saint Helier in Jersey, in the Channel Islands.

Air service to Jersey before 1937 included biplane airliners and some seaplanes that landed on the beach at Saint Aubin’s bay. Imperial Airways and Jersey Airways were among those who managed to the Island before the Second World War, but situations were challenging as tides governed timetables. It was also hard to prevent members of the public from moving across the landing area, and any aircraft which had mechanical difficulties had to be dragged up the slipways until the tide receded.

The States of Jersey determined to build an airport which opened on 10 March 1937 and included four grass runways, the most extensive being 2,940 ft (896 m) that includes a concrete centreline. Concrete taxiways were added during the Second World War occupation by the Luftwaffe.Several hangars were built, one of which, the Jersey Airlines hangar, still exists even though it is no longer used. A 4,200 ft tarmac runway was opened in 1952, and the grass strips were closed. A feature of the facility in the 1950s represented the traffic control system. The runway was extended a few times over the years before it reached its current length of 5,560 ft. in 1976. The current runway is 150 ft (46 m) wide. Several years later, additional taxiways were added to develop access to the one end of the runway. In 2012, led by a Group Chief Executive, the successful finish of an integration program with Jersey Harbours saw the creation of Ports of Jersey. The States of Jersey passed a business case in early 2015, and the organizations were joined on 1 October 2015.

There were about 47,000 aircraft movements and approximately 1.6 million passengers at the airport during 2016