Glacier Park International Airport; IATA: FCA, ICAO: KGPI, FAA LID: GPI, is a public airport located in Flathead County, Montana. The airport is approximately 6 miles northeast of Kalispell. FCA is under the public ownership, and the Flathead Municipal Airport Authority operates it. The Flathead county created this federal agency in 1974. 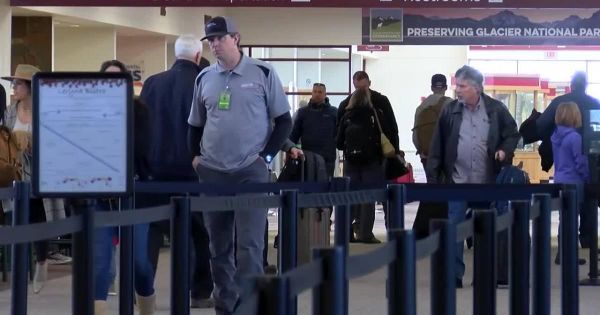 TSA checkpoint Security measures at Glacier Park International Airport are done by Transportation Security Administration, also known as TSA. At TSA checkpoints, all security procedures, screening, and identification control are guided by TSA officers. At the checkpoint, travelers are asked to take off their jackets, belts, and shoes, and put these things in the TSA containers. After that, travelers need to go through the full-body scanner. The regulations also work on carry-on bags. Passengers are required to take any electronic item more significant than a cell-phone out of the carry-on bag. Scanners will alert if the bag contains any metal items, so TSA officers are allowed to ask passengers to open up their luggage. After going through the screening process, travelers are required to provide valid identification forms, such as government-issued ID, U.S. passport, driver’s license, and so on. The full list of accepted identification for 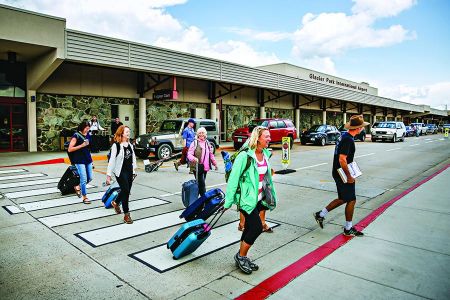 After landing at Glacier Park International Airport, passengers are required to go under the security screening due to their arrival in the U.S. territory. The security procedures and measures are similar to the ones on departure. Visitors are asked to go under the Transportation Security Administration screening, and also they must face the CBP. All traveler needs to answer CBP officers’ questions truthfully and provide their identification documents. After this procedure is done, travelers are welcome to go on their way into the baggage claim area, where they will get their checked-in bags back. In the baggage claim area, there are located a tourist information center and car rental company counters. Visitors will find it easy to get to know the city better and decide which transportation option to take from the airport. 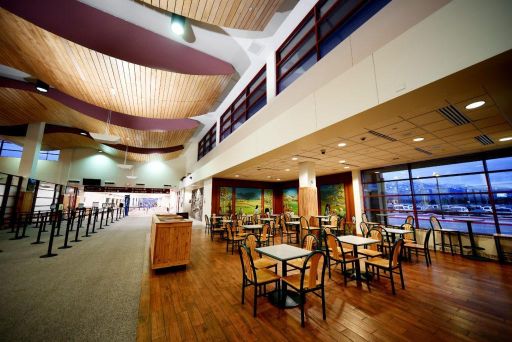 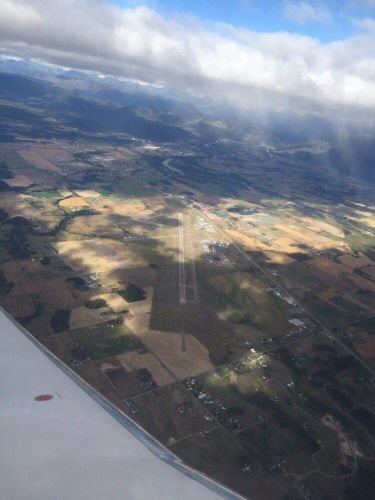 Glacier Park International Airport( FCA) is located six miles northeast of Kalispell, in Flathead County, Montana, United States. The precise address of the airport is 4170 Highway 2 East, Kalispell, Montana. The postal code of this area is 59901. Glacier Park International Airport is on the GPS, and interested people can simply find the directions and location of this airport by merely typing the name of the facility of its code-FCA. The telephone number of the airport is +1 406 257 5994, and the fax number is +1 406 257 5960. 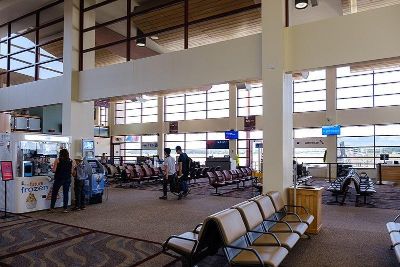 Avis Avis car rental company counter is conveniently located in the baggage claim area, next to the three other car rental companies. Avis rental cars are parked outside the terminal within a short walking distance. The company has a wide range of rented vehicles, everything starting from pick-up trucks to luxury, SUVs, economy vehicles, and so on. At this location, Avis has a special discount for long-term renters. The primary payment method is by using a credit card, and the payment can be done daily and monthly, depending on the length of the rental. Address: 4170 U.S. Highway 2 East, Kalispell, MT, United States. Telephone number: +1 406 257 2727 Hour of Operation: Mon-Fri 8:00 AM - 8:00 PM, Sat-Sun 8:00 AM - 6:00 PM. Hertz Hertz counter is in the baggage claim area, in the car rental center, and the vehicles are parked outside the terminal building. At this location, Hertz allows after working-hour pick-up and drop-offs. If the renter wan

Glacier Park International Airport( FCA) is a small but convenient facility that provides many services for its passengers' better experience. The airport terminal offers many amenities on both floors. ATMs At Glacier Park International Airport, visitors can use ATMs at four locations: at the entryway, next to the door 3, post-security checkpoint, next to Gate 2, near the Leryna Bistro, on the ground level, and post-security near Montana Gift and Art shop. Food For hungry passengers, Glacier Park International Airport provides two Leryna Bistro locations, pre, and post-security. This bistro serves hot breakfast, lunch, and dinner menus. For beverages options, visitors can enjoy coffee and other drinks. Another option can be vending machines that are stocked with cold beverages and snacks. Vending machines can be found in the lobby, beyond the TSA checkpoint. Gift shop At the FCA terminal, visitors can buy some gifts and souvenirs at the Mon

Parking lot Parking at Glacier Park International Airport is convenient and very affordable. The airport offers a public parking lot, located next to the terminal building. The parking lot is a well-designed facility with three exit stations, well- lighted sectors, and adjoining to the terminal. The parking lot is automated, and the visitors can pay by credit cards. There also are pay stations available in the baggage claim area of the airport. Airport parking rates Parking rates at Glacier Park International Airport are low and affordable, and it depends on the duration of your stay. The first 5 minutes at the parking lot is free. After that, every 20 minutes cost 1 dollar. The maximum daily rate goes up to 9 dollars, and the weekly maximum charge for parking at FCA can be 54 dollars. 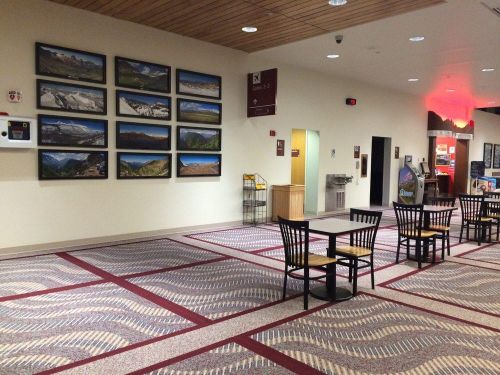 Gift Shop For visitors who want to buy the last-minute gift or a local souvenir Montana Gift & Art shop has a big range of Montana-themed items that also fit any budget. The gift shop offers its customers t-shirts, hats, books, magazines, snacks, and many other things. Food and Beverage There are a couple of options to get food or a snack at Glacier Park International Airport Duty-Free. One option is Leryna Bistro that serves fresh coffee, cold and hot drinks, also sandwiches, and a delicious gyro. The bistro also provides soft drinks and local meals. Leryna Bistro has two locations at the airport, one that is in the FCA Duty-Free is located next to Gate 2. At FCA Duty-Free, passengers can also get various snacks from the vending machines. They are full of sodas, sandwiches, chocolate, and other light meals.

Glacier Park International Airport; IATA: FCA, ICAO: KGPI, FAA LID: GPI, is a public airport located in Flathead County, Montana. The airport is approximately 6 miles northeast of Kalispell. FCA is under the public ownership, and the Flathead Municipal Airport Authority operates it. The Flathead county created this federal agency in 1974.

Glacier Park International Airport was built in 1942. The original name of the airport was Flathead County Airport, from which today IATA code was derived. From 1950 Northwest Airlines started operating flights at FCA, but for many years there was no significant passenger traffic. By the time of 1970, the airport became international, and in the late 1970s and early 1980s, the passenger amount increased. After the airport started serving international flights, many airlines such as Hughes Airwest, Western Airlines, Frontier Airlines, Delta Air Lines, and Horizon Air also began their service at FCA.

iN 1981 the airport administration upgraded the terminal, and later in the 1990s, they also renovated the runways and other facilities.

Glacier Park International Airport covers 1,525 acres, which is approximately 617 HA. The airport thas two runways, both of them have an asphalt surface. One of them is 9,006 feet long when another one is 3,504 feet in length.

According to the statistics given by the Federal Aviation Administration, in 2007, FCA had 51,925 aircraft operations, 142 transfers per day. At that time, there were 159 based aircraft at the airport, including 3% helicopter, 3% jet, 16% multi-engine, and 78% single-engine. In the year 2011, Glacier Park International Airport served 355,927 passengers in total.