Fairbanks International Airport is located in the city of Fairbanks North Star Borough, in the United States, State of Alaska. Fairbanks airport a state-owned, public airport which is located within 3 miles southwest from the business district of Fairbanks. The official codes are IATA: FAI, ICAO: PAFA, and FAA LID: FAI. 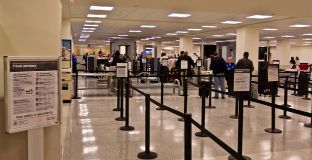 Transportation Security Administration rules Passengers arriving at Fairbanks International Airport should take into consideration that they should be at the airport at least two hours prior, before their departure flight. Transportation Security Administration officers must check all passengers who fly from/to Fairbanks International Airport. TSA agents check all needed documentation of each passenger, and if customers are not ticketed, they will not be allowed to go to the security screening point. Carry-on and Checked baggage limits at FAI There are special limits for carry-on and checked baggage. The following items should be packed in the carry-on bag: Films or Cameras Jewelry, cash, laptop computers Liquids and Gels should be placed in individual containers Also, gifts and packages must not be wrapped and taken on the board, as they are subject to check. Moreover, checked baggage is only accepted within 4 hours before departure. Online

FAI Arrivals U.S Customs and Border Protection officers have necessary checking measures at Fairbanks International Airport, and each passenger arriving at FAI will have to fulfill this procedure. But border control is quite easy for those customers who make up their minds to participate in the Global Entry Trusted Traveler Program, which is available at FAI airport. This program is for only pre-approved, low-risk passengers. They will have the advantage of passing CBP inspection lines and use the automated kiosk to complete their entry at Fairbanks International Airport. All they need is a passport and fingerprint. Afterward, customers will answer U.S customs declaration questions with the help of an automated kiosk's touch screen, and finally, they will be given a receipt. With it, they can go to the exit of the baggage claim area. Global Entry Enrollment Who can apply for the application for the Global Entry Program? First of all, citi 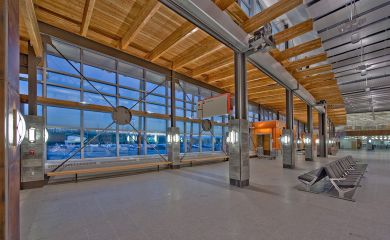 About FAI Terminal Building Fairbanks International Airport's terminal building is located in the southwest part of the airport. FAI has seven gates: five of them are for Larger carriers, and regarding the two ones, they are serving commuter carriers. Nowadays, the number of jet-bridges at Fairbanks International Airport is six. FAI is open seven days a week, 24 hours. Regarding the Security checkpoint, it opens at 4:00–5:00 am and finishes its work at 11:30 pm-2:30 am. The terminal building has been recently renewed, and as a result of the renovation, domestic, international, and regional air carriers are situated in one main building. Instead of the fact that the size of the terminal is quite small, it still perfectly houses the U.S. Customs and Immigration process and of wide-body international passenger aircraft arrival as well. Arrivals and Departures Levels at FAI There are two levels at Fairbanks International Airport. On the 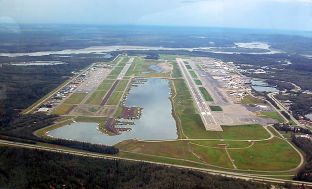 Fairbanks International Airport is situated in the west coast area of Central Alaska, which is also known as the gateway to Alaska's Interior and Denali National Park. The precise postal address of FAI is 6450 Airport Way, Fairbanks, Alaska 99709, the United States.

Fairbanks International Airport does not have a wide variety of transfer options. The hotels that are located near the FAI airport offer their transfer services, and passengers who want to use this service should call directly there. Also, at Fairbanks International Airport, on the first floor, near the baggage claim area, there is a list of hotel shuttles that customers can choose as well. Airlink Services FAI airport shuttle option includes Airlink services. This company will be preferable for those passengers who want to explore the Alaska Region and use either the Motorcoach or Shuttle service. The transportation options comprise the vans with14-seats, mini-coaches with 24-seats, and for larger groups, there are also motor coaches that accommodate more than 60 passengers. Airlink Service is the best idea to find out more about Alaska and its top popular destinations and activities. The list of local attractions that customers can visit w 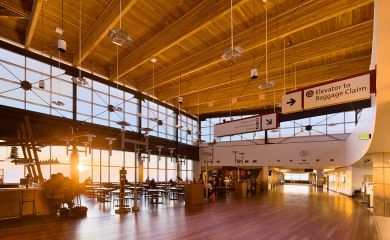 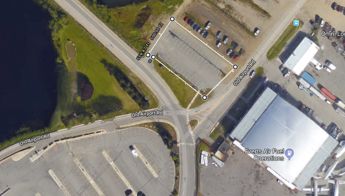 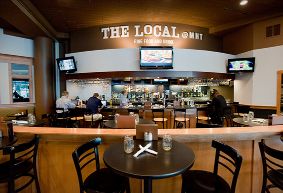 TWIGS Alaskan Gifts TWIGS Alaskan gifts shop is an excellent shopping option at Fairbanks International Airport. The shop is situated on both levels, as well as ups wants, also on downstairs too. The working hours are quite different, instead of the fact that the shop is the same. For instance, the gifts shop, which is upstairs, works every day, from 4:15 am to 1:45 am. Regarding the second place, downstairs, from Monday to Friday, the shop is open from 9:00 am to 11:00 pm, on Saturday and Sunday operations hours are 12:00 pm to 7:00 pm. TWIGS gifts shop has a wide variety of shopping ideas, starting with local handicrafts, clothing, books, magazines, jewelry, even snacks, and all the items that are useful for traveling. Only ticketed passengers are allowed to shop. Starbucks The well known Starbucks cafe works every day, from 4:00 am to 11:00 pm. The shop offers a wide selection of delicious coffee, espresso drinks, pastry, sandwiches, and

Fairbanks International Airport is located in the city of Fairbanks North Star Borough, in the United States, State of Alaska. Fairbanks airport a state-owned, public airport which is located within 3 miles southwest from the business district of Fairbanks. The official codes are IATA: FAI, ICAO: PAFA, and FAA LID: FAI.

The very first aviation service that was fulfilled in the area of Fairbanks, on the field of Weeks, was in 1923. The plans for the construction of an international airport date in 1948. The opening date was actually in 1951, but the terminal building was only finished in 1954. At this time, Fairbanks International Airport was the central hub for Alaska airlines that had flights to Seattle, Portland, and Anchorage as well. FAI airport has experienced two significant traffic increases since its foundation. The first one occurred from 1974 to 1977, concerning the second traffic increase, it was in 1979.

The first attempt of the renewal terminal building was in 1984. After that, in 2009, another reconstruction project took part, and as a result, the very first, old terminal was demolished. The new building follows TSA standards and has better security and design nowadays than it used to have in the past.

The Authorities of FAI

From the very beginning, FAI airport was owned by the federal government, but the situation has changed, and in 1959, the airport was run by Alaska State. Nowadays, Fairbanks International Airport is operated by the Department of Transportation and Public Facilities.

The following domestic airlines are available at Fairbanks International Airport: