Pangborn Memorial Airport is located in Douglas County, Washington, approximately four miles east of Wenatchee, a city situated in Chelan County. The property is owned by the Douglas Counties and Ports of Chelan. 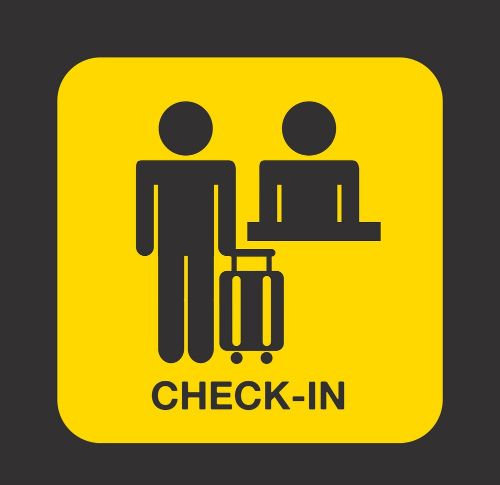 Airport Security The number-one priority for the airport is to guarantee the security and safety of all airport patrons. It is also essential for the facility that the safe travels of passengers be pleasant and enjoyable. For aiding and supporting this process, customers should review current security procedures and policies. The Transportation Security Administration (TSA) is accountable for operations at the security checkpoint. Questions and concerns regarding prohibited items, traveling with liquids, and traveling with children should be directed to the agency. The TSA website is also available full of helpful information aimed at easing the stress of travel. Besides, commuters are advised to remember to arrive and be checked in a minimum of one hour before their scheduled departure flight to make sure they will make it through the security checkpoint in a timely fashion. For complaints, comments, and information, customers should call 1.86 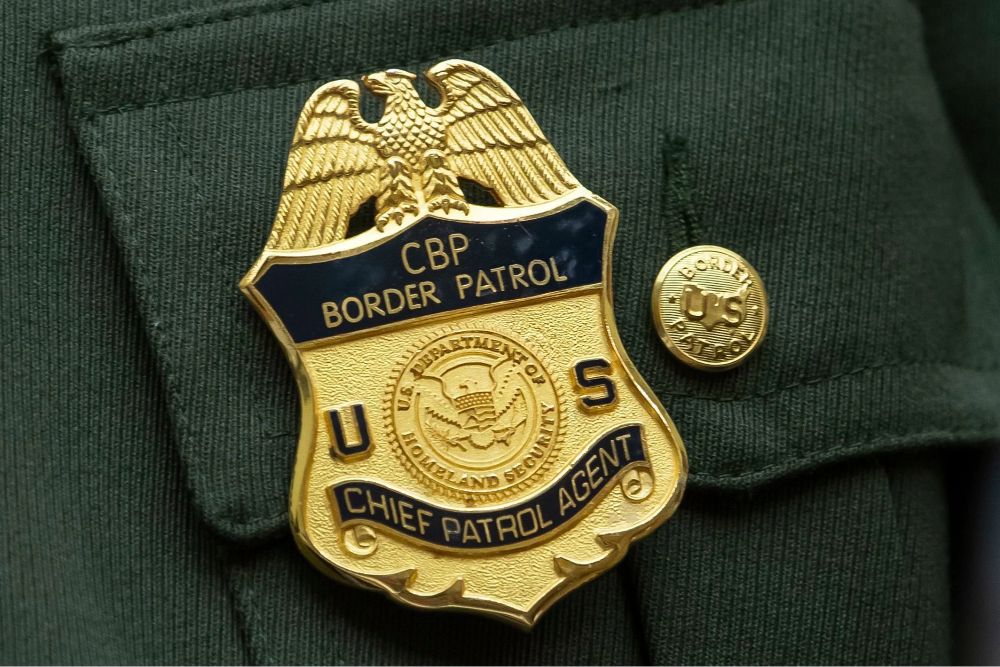 Customs and Border United States Customs and Border Protection (CBP) represents the unified border agency within the Department of Homeland Security (DHS). CBP employees are responsible for managing, controlling, and protecting the border of the nation. CBP’s two main objectives are to prevent any potential terrorism threats and facilitating legitimate travel and trade. Passengers at the airport are required to pass through the passport control border procedures, which may require them to answer several questions and to cooperate with CBP agents. Questions may require travelers to provide information about their reason for a visit, the time they are going to stay in the country, and other details. 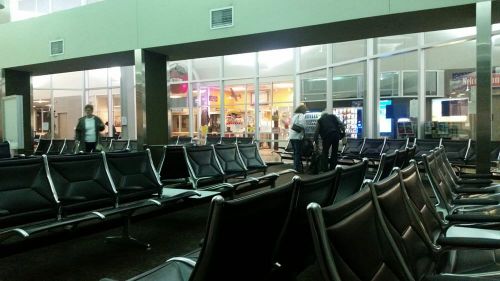 The passenger terminal at Pangborn Memorial Airport does not operate for 24 hours. The doors of the facility open at 3:30 am. Passengers are conveniently provided with vending machines and complimentary Wi-Fi available throughout the terminal. 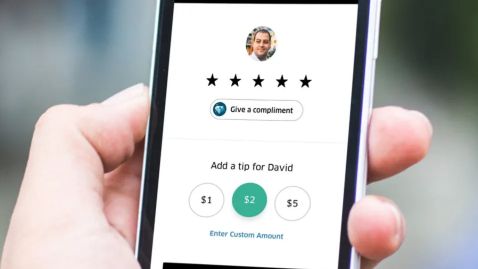 After-hours Leavenworth Shuttle & Taxi is available to come out any hour of the day or night. Passengers should remember that after-hours service usually requires advance notice. There is a minimum cost of $20 for after-hours service. It can be waived with reservations, in the advance office available from 08:00 am to 05:00 pm, or if the agency is already on duty. Operating hours Sunday - Thursday: 08:00 am to 12:00 am; Friday - Saturday: 08:00 am - 02:00 am; Rates for the service costs $2 per person pick up and $3.00 per mile. Standby is available $.50 per minute. The wheelchair boarding fee is available at $5 per wheelchair. Pets are welcome but are required to be in a carrier or under the command of the owner. Kayaks, bicycles, skis, and over-sized items can also be transported. Commuters are advised to let the agency know in advance so the company can bring the appropriate vehicle. The company offers airport service to Pangborn and SeaT

Avis Avis car rental desk is conveniently available in the baggage claim of the airport and guarantees to provide the ideal vehicle to accommodate its clients. All the car options are comfortably positioned outside the terminal building. Commuters are welcome to proceed to the desk where, after showing their valid driver’s license, they will be provided with preprinted hire documents and keys. After-hours returns are accessible at the agency. The drop off locations is the same as pick up. When returning a car during after-hours, after parking and locking a car, clients should place the completed contract together with keys in the special dropbox, which is placed in the returns area. Operating hours: Sunday: 11:00 am - 12:30 pm and 02:00 pm - 06:30 pm; Monday - Friday 09:30 am - 12:30 pm and 02:00 pm - 06:30 pm; Saturday 10:00 am - 02:00 pm; Contact information: (1) 509-884-5235 Website: https://www.avis.com/en/home Hertz Hertz desk is acc 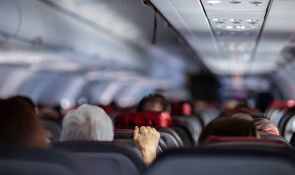 Wi-Fi Pangborn Memorial Airport recognizes the necessity always to stay connected, especially when traveling. Therefore the airport makes every effort to make the experience of commuters as comfortable and remarkable as possible. The facility conveniently provides complimentary Wi-Fi which is available throughout the terminal building. Lost And Found Losing an item while traveling is always an inconvenience. If it happens at the airport, the team is available to help find it. There are several ways to recover missing belongings, depending on where and when it went missing. Lost during screening If the item were lost during the screening process, TSA would be the best bet in recovering it. For further information can contact 509.884.2494 to reach a service agent. Lost in the terminal If the item was lost in the terminal, commuters are recommended to approach it by the online form below or feel free to reach the agency during the regular busine 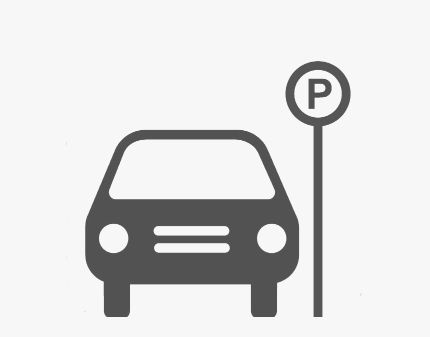 Republic Parking manages short-term as ell as the long-term parking lots at the facility. Both parking lots are pre-paid parking only and are required to be paid in advance at the self-serve kiosks that can be found outside the main entrance or center terminal entrance. The self-serve kiosks accept cash, credit, and debit cards (no checks). Passengers should note that machines do not dispense change, so it is advised to remember to bring exact change if they intend to use cash. Republic Parking Republic Parking also offers monthly and annual parking permits as a convenience to frequent passengers. Questions or concerns related to these costs should be directed to Republic Parking at 509.881.8395. Rates Short-term Lot is available for commuters for free during the first four hours. For leaving a vehicle in a lot from four to 24 hours, the price is $13.00. Long-term Lot for 0 – 24 hours costs $10.00. 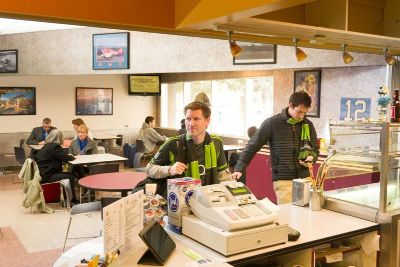 Because Pangborn Memorial Airport represents a relatively small facility, it does not include the Duty-Free area inside the terminal. The property, however, conveniently provides a cafe available inside the building, which invites commuters to visit and try out different options offered.

Pangborn Memorial Airport is located in Douglas County, Washington, approximately four miles east of Wenatchee, a city situated in Chelan County. The property is owned by the Douglas Counties and Ports of Chelan.

The facility is used for general aviation and is served by one airline (Horizon Air), offering in-state service. SeaPort Airlines provided services for the airport until winter 2012.

Pangborn Memorial Airport is named in honor of Clyde Pangborn, who, in 1931, was the first pilot to fly non-stop across the Pacific Ocean. Taking off from Aomori, Japan, with an intended destination of Seattle, Clyde, and his co-pilot, Hugh Herndon Jr., instead landed in Wenatchee.

Pangborn Memorial Airport was established in 1941 and operated since then. In 1945, Northwest Airlines launched the first commercial passenger air service to and from Pangborn Airport, and the rest is history. Its air service is currently provided by Alaska Airlines and its regional subsidiary Horizon Air. With daily flights to Seattle and connections beyond, the world has never been more accessible from the Wenatchee Valley.

Under a joint operating agreement, the Port of Douglas County is in charge of the management of the airport’s business park. The Port of Chelan County is also responsible for aviation operations, and both Ports Commissioners make up the six-member Airport Governing Board. However, the picture wasn’t always this way. The property was initially governed by the City of Wenatchee, which, in recognition of the benefit and the regional importance of the Pangborn Memorial Airport, assigned ownership to the Port of Chelan County in 1965. The ports finished a terminal building project in 1992, and with significant assistance and support of Senator Patty Murray, obtained federal funds for the establishment of an instrument landing system, which became active in 2006.

The primary runway (Runway 12/30) of the airport was extended to 7,000 feet in 2016 to accommodate more significant aircraft. This multi-year, 30 million dollar project was financed with Airport Improvement Program funds and by the Ports of Chelan and Douglas Counties. The plan was no easy feat as it required the purchase of several orchards and homes, relocation of Grant Road, as well as several significant utilities. With the primary runway extension complete, the Pangborn Memorial Airport is at the moment equipped for a bright future.