EuroAirport Basel Mulhouse Freiburg represents an international facility approximately 3.5 kilometers northwest of the city of Basel, Switzerland, about 20 kilometers (12 miles) southeast of Mulhouse in France, and around 46 kilometers (29 mi) south-southwest of Freiburg im Breisgau in Germany. The facility is available within the Alsace region, in the administrative commune of Saint-Louis close to the border tripoint between France, Switzerland, and Germany. The property serves as a base for EasyJet Switzerland and mostly features flights to the European metropolitan and leisure destinations. 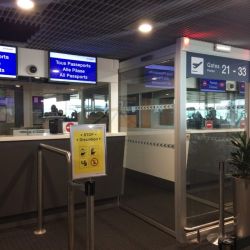 Passing through the security checks The security staff carries out checks for the safety of passengers concerning them. The airport recommends that passengers double-check the information that indicates when they should be at the security checkpoints before take-off, to provide themselves sufficient time to pass through the checkpoints and allow them to reach the departure gate in good time. Commuters can learn about a few recommendations about passing through security at the airport described below. Travelers are advised to make sure that their hand luggage contains no objects prohibited in cabin luggage. The boarding pass should be shown to the security representative. Hand luggage should be placed on the conveyor belt of the X-ray machine. Passengers are required to remove the plastic bag containing liquids, cameras, laptop computers, and any other large electrical appliance and place them in the bins. Travelers should also remove their jack 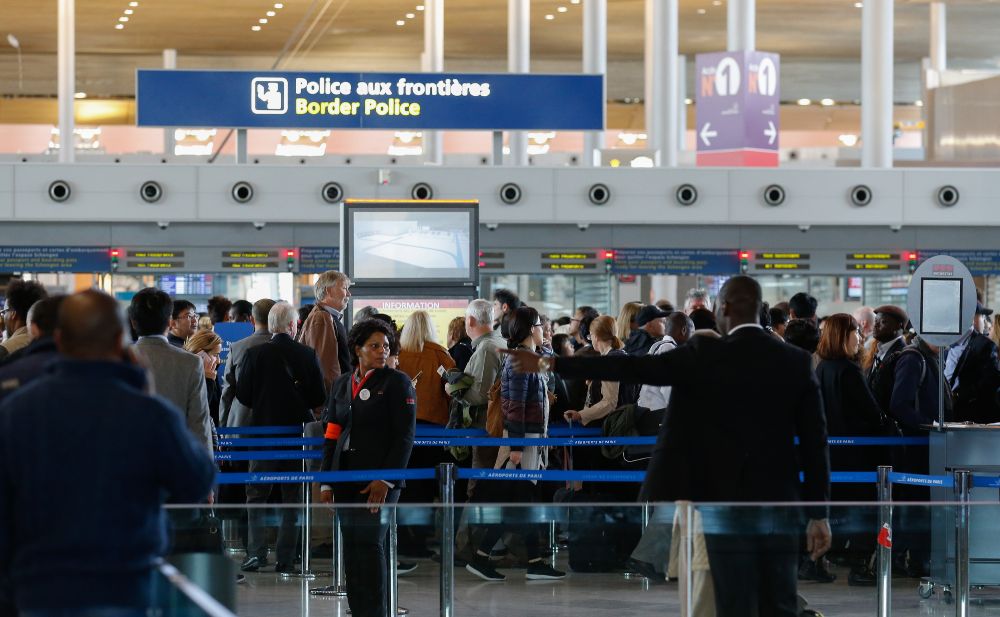 Simplified control procedures for more than 70% of travelers are now possible thanks to infrastructural adjustments at the airport. The following infrastructural adjustments are new: on the departure level of the boarding area: two passport control points have been installed for the Swiss border guards and the French airport police before entry to the non-Schengen area on the arrival level: new doors that separate the flow of arriving non-Schengen and Schengen commuters have been added, and two new passport control points have been provided for the French airport police and the Swiss border guards before baggage collection on arrival partitions fully separating the non-Schengen and Schengen zones on the arrival and departure levels: additional control areas have been established to allow other travelers to proceed unrestrictedly if individual questioning should be necessary Border police controls for non-Schengen passengers Since 2007 the Swis 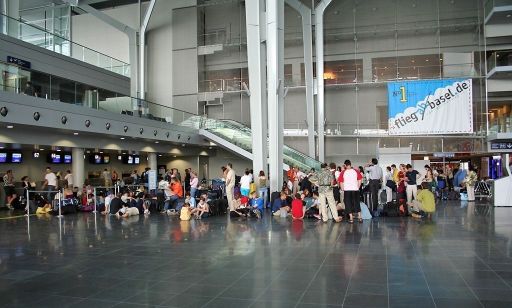 The 5-level passenger terminal at the airport is divided into Arrivals and Departures and non-Schengen and Schengen zones. Reconstructions on the old part of the facility building have been finished, re-opening the cross-border passageway between the second Hall on the French side and the third Hall on the Swiss side. The passenger terminal is available from 04:30 am until midnight. The information counter on level 2 opens 05:30 am. Arrival level of the terminal includes two new doors that were added, separating arriving Schengen/non-Schengen riders, and two new passport control points for the Swiss border guards and the French police were established before luggage collection on arrival. Both Departure and Arrival levels added security control areas which allow other passengers to proceed unrestricted, in case of individual questioning become necessary. Check-in level 3 houses the check-in desks; this level currently includes an enlarged cross

EuroAirport Basel Mulhouse Freiburg is located approximately 3.5 kilometers northwest of the city of Basel, Switzerland, about 20 kilometers (12 miles) southeast of Mulhouse in France. The exact street address of the property is 68300 Saint-Louis, France. 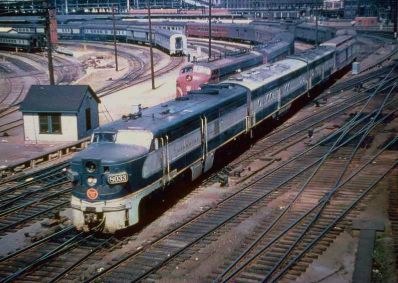 Bus to Basel BVB buses operate between Basel Bahnhof SBB and Basel Mulhouse Freiburg Airport, one of the two main railway stations in the city, together with Basel Badischer Bahnhof. Tramlines two and trains (S-Bahn S6, among others) provide services by connecting the train stations in Basel. The trip by bus line 50 from Basel Mulhouse Freiburg Airport to Basel Bahnhof SBB takes approximately 17 to 18 minutes. The bus departs from Monday to Sunday including public holidays at least every 10 minutes in the direction of Basel and the facility, in the early morning and late evening bus line 50 operates less frequently. Commuters are recommended to consult the website and timetable bus line 50, for more information. If passengers booked a hotel in Basel, they could use public transport for free during their stay. On the way to their accommodation, travelers only have to show the hotel’s reservation confirmation to the bus driver. Bus tickets

Taxi The EuroAirport Basel Freiburg airport is unique because it represents the only airport in the world divided into two countries, France and Switzerland. Traserbas is the top-rated private car service agency in Basel, Switzerland. The company offers affordable Taxi Basel airport and private transportation with minivans, limousines, and minibusses at fixed prices. Passengers can find Basel airport transfers without any hidden fees to or from the EuroAirport Basel (EAP, BSL, MLH). Commuters are welcome to book their taxi in one step, by calling or sending an email and informing the agency regarding: Flight details Drop off location The number of passengers The amount of luggage. 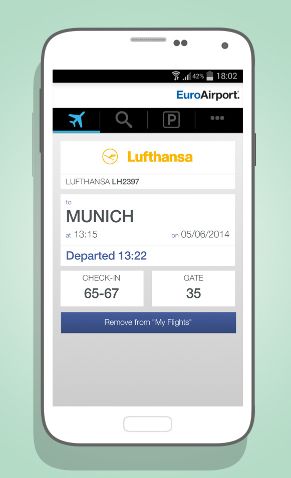 Wi-Fi EuroAirport provides passengers and visitors with unlimited and free internet access throughout the entire airport terminal. The facility is proud to announce that customers have ranked it No. 1 airport in France and Switzerland for its Wi-Fi service in 2017, For using the complimentary Wi-Fi, travelers should: Connect their laptop, tablet, or smartphone to the wireless network "Free_EuroAirport_WiFi." In case the welcome page does not open automatically, commuters should launch a web browser On the displayed portal page, users should press the green button to accept the terms and conditions and receive free internet access Mobile App Passengers can now download the official mobile app of Basel-Mulhouse Airport for Android and iOS. The app provides users with information about current arrivals or departures on launch. Besides, travelers can add individual flights to a favorites list, allowing direct access to the status of the 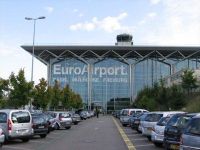 The international aspect of the airport is also reflected in the parking options. Parking is possible in the Swiss and French sector, and prices are almost equal. The French vehicle parks are divided into Short-stay parking (F1) and Long stay parking (F4, F3, F5, and F6). Parking on car park F3 Res@park is only available after an online reservation. The same partition applies to the Swiss car parks, that are split into Short-stay parking (S1 and S2) and Long stay parking (S3, S4, S12, and S13). Drivers who are interested in bringing or picking up passengers can use F1 (French), P Departures, or P Arrivals (Swiss). How to park After entering the parking of their choice, passengers will have to take a ticket marked with date and time. This ticket should be kept during their trip and used to pay fees at one of the ticket machines upon their return. Commuters are recommended to keep the parking ticket with them and pay the price at the facility ter 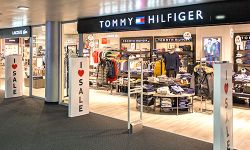 Travelers are welcome to discover the Duty-Free shops at the Basel airport, where they can purchase the best tax-free products as they pass through this Swiss border city, available in a privileged area between Germany and France. Duty-Free includes a store inside the Basel-Mulhouse-Freiburg Airport, where they will find an excellent selection of tax-free cosmetics, souvenirs, food items, and liquor. The Basel Airport’s only terminal is shaped in the form of a "Y," and at the base next to the south gate, commuters will find the Duty Free Basel store. If passengers are going to pass through Basel airport, the facility invites them to visit the tax-free store so they can purchase discounted items, or they can even buy a last-minute gift. The Duty-Free store at the Basel airport remains open between the first and last flights that operate in the terminal, so commuters can make purchases with absolute convenience and comfort without

EuroAirport Basel Mulhouse Freiburg represents an international facility approximately 3.5 kilometers northwest of the city of Basel, Switzerland, about 20 kilometers (12 miles) southeast of Mulhouse in France, and around 46 kilometers (29 mi) south-southwest of Freiburg im Breisgau in Germany. The facility is available within the Alsace region, in the administrative commune of Saint-Louis close to the border tripoint between France, Switzerland, and Germany. The property serves as a base for EasyJet Switzerland and mostly features flights to the European metropolitan and leisure destinations.

Development in the 2000s

A decision was made to expand the terminals again with a new "Y-finger" dock. The first phase was finished in 2002, and the second phase in 2005.

Crossair was based at Basel and represented the biggest airline at the facility. Following the liquidation of Swissair that took place in 2001, the ending of services in early 2002, and the transformation of Crossair into Swiss International Air Lines, the number of flights from the airport decreased, and the new terminal was underused. In 2004 the low-cost carrier easyJet opened a base at the airport, and the commuter totals rose again, reaching 4 million in 2006.

From 2007 until 2009, Ryanair also flew to the EAP for the first time. However, as a result of a conflict over landing fees, the airline stopped the operation of all eight routes. Later, Ryanair stated it would return in April 2014, with the resumption of Basel–Dublin route and the addition of the new course Basel – London–Stansted.

In December 2014, Swiss International Air Lines announced it would stop all operations at the airport by 31 May 2015 because of the heavy competition from low-cost carriers. Swiss faced competition on five out of its six Basel routes, all of which were managed by Swiss Global Air Lines. The Lufthansa Group announced the setup of Eurowings' first base outside Germany at the EuroAirport as a replacement. However, these plans were later canceled in favor of Vienna International Airport.

In 2017, the removal of Basel/Mulhouse from Air Berlin and its Swiss subsidiary, Belair's route networks, was declared.