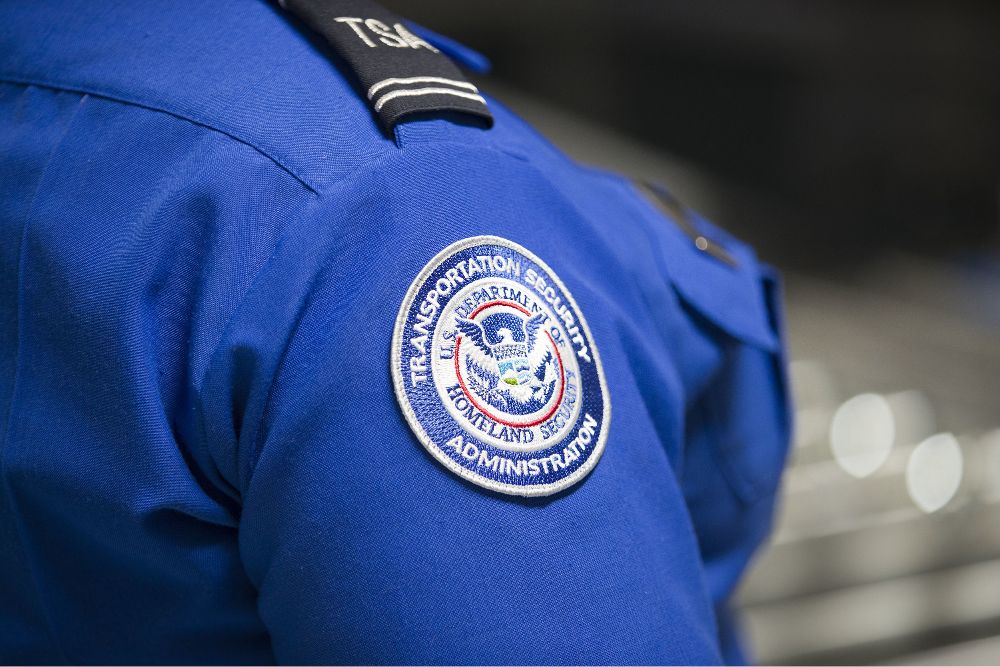 Waiting times at the airport Security wait times at BLV are approximate and significantly based on a few different factors such as TSA staffing, weather, airport constructions, etc. TSA security wait time predictions are calculated by using TSA staffing models and considering flight volume data. TSA recommends all travelers to arrive well in advance of scheduled flight departures. For receiving more precise information about recommended arrival times, commuters should contact the relevant airline and ask about approximate wait times at the ticket counter as well as possible changes in flight schedules since both of these factors may strongly affect the decision. All travelers should consider that each airline has a particular recommended arrival time and even stricter required arrival time. TSA Transportation Security Administration is responsible for developing policies to protect passengers by implementing security measures that are aimed t

Baggage Claim After arriving at MidAmerica St. Louis Airport, passengers are welcome to proceed to the baggage claim area, which can be found inside the terminal building. In the area, travelers can find their luggage and then leave the facility whenever it is convenient for them. 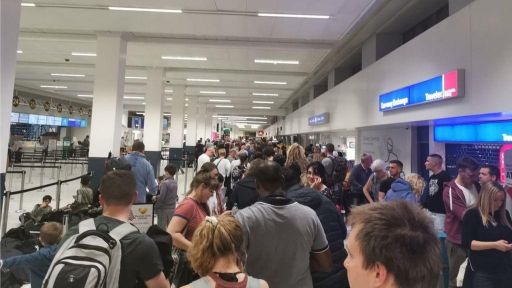 From the onset, the passenger terminal building was planned as an expandable facility that would accommodate passenger services for the initial opening of MidAmerica Airport and permit easy expansion if necessary. The terminal can be found in a 250-foot-wide by 700-foot-long terminal building expansion envelope, bounded by a parking lot and a runway. The initial build-out includes two upper-level departure gates (both have jet bridges) with additional ground-level gates that serve smaller commuter aircraft. 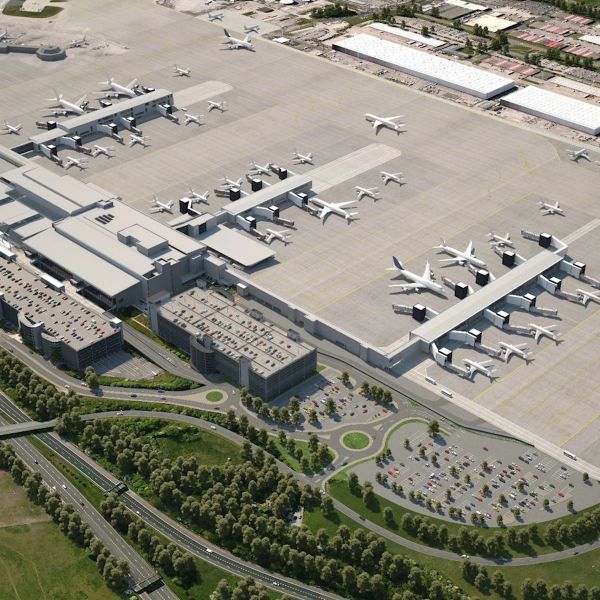 Bus ​​The bus serves as a link between Metrolink & MidAmerica St. Louis Airport. Fares at this public transportation mean cost $3 per one-way trip from Shiloh-Scott station and can only be paid by cash. In case travelers are interested in any additional information, they can dial its office number: 618-239-0749 x 8106. Passengers should expect approximately an eleven-minute trip from the Shiloh-Scott Metrolink stop to MidAmerica. The bus departs from the station every 20 minutes, starting three hours before the first scheduled flight of the day. The last bus leaves MidAmerica approximately 35 minutes after the last flight of the day. Hence, final passengers have time to retrieve their belongings and catch a ride back to the Metrolink station. Bus capacity is twelve passengers per trip, so passengers are required to plan accordingly. 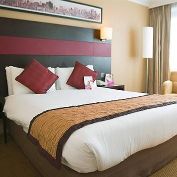 Rideshares When passengers arrive at MidAmerica St. Louis Airport, they can count on popular rideshare agencies that are available to make traveling experience less stressful by offering their services locally. Both Uber and Lyft agencies are available to provide drop off as well as pick up services at the designated departure area. Several recommendations are advised to be considered before ordering services. The first important aspect to remember about before ordering a car refers to the luggage requirements and the number of passengers. For example, standard economy rides offered by Lyft and Uber normally are operated with cars that can fit a maximum of four passengers and two to three suitcases, depending on the size. Typically these cars are Toyota Camry, Toyota Prius, and other similar models. Of course, in the case of two to three passengers using a cab, it is possible to fit in more luggage. The XL Ride services are dedicated to serving l

Enterprise Enterprise car rental counter located at MidAmerica St. Louis Airport only provides services to airport customers, who have de-planed a scheduled flight. The shuttle is not required. The desk is conveniently located near the baggage claim area of the main terminal. The vehicles are parked outside within walking distance. Once getting into Scott AFB/Midamerica Airport, travelers won’t have to travel far to start their vacation. Instead, they will discover their Enterprise available at the terminal. For rentals originating in the United States, most cars rented in the US can be driven throughout the US and Canada. Some vehicle classes like Large Passenger, Exotics, or Cargo Vans, and other specialty cars may not be permitted to travel outside of the US. Customers are asked to reach the renting location directly for details regarding cross-border restrictions. Customers who reside in the US, US Territories, or Canada, must show a

Wi-Fi MidAmerica St. Louis Airport understands passenger’s need to always stay connected and is offering wireless internet services for everyone at the airport. Travelers can connect wirelessly while they are waiting for their flight or ride. Complimentary Internet is available throughout the terminal building. Lost & Found The whole traveling process can be very stressful. Losing your belongings can ruin the entire experience. For all of the lost and found questions or inquiries, travelers are welcome to contact the number indicated below. Contact Information: 618-566-5265 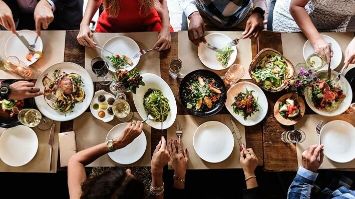 Parking With about 1,300 parking spaces, the MidAmerica St. Louis Airport parking lot offers a convenient and cost-effective option for travelers. Located in front of the terminal, the parking lot is well lit and patrolled by parking staff and Airport Public Safety. Rates The cost of parking a vehicle for less than one hour is complimentary. Subsequently, the price for each additional hour is only $1, with a maximum daily fee of $5. Parking Fees are estimated on a 24-hour basis, starting from the time the ticket is issued. After the first twenty-four hours, the rates are calculated hourly until the fee reaches the daily maximum. Automated Parking Procedures MidAmerica Airport’s parking lot is controlled by automated parking equipment. Traveler’s ticket is dispensed upon entering the parking lot. Paying for parking is possible before the exit at one of the six (6) self-service Payment Stations conveniently located inside the Airport 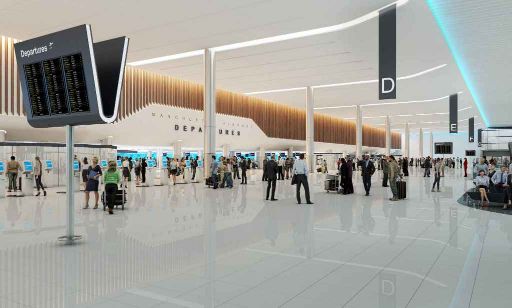 Because of being a relatively small facility MidAmerica St. Louis Airport does not include duty-free areas. However, passengers are welcome to visit Roy-el Catering, conveniently located inside the terminal building. Roy-el Catering Roy-el Catering is a family-owned and operated full-service facility with over thirty years of experience. The cafe provides high quality, great-tasting foods that are always beautifully presented. Clients are promised to be offered delicious food while serviced by friendly, professional staff, who strives to ensure that guest’s visit is unique.

Following Federal Aviation Administration records, BLV had 152,278 passenger enplanements in 2018. Introduced to the National Plan of Integrated Airport Systems, SIT is categorized as a primary commercial service facility based on enplanements (more than 10,000 per year).

It is the ninth busiest of the twelve commercial airports In Illinois.

MidAmerica St. Louis Airport was established to alleviate crowding at St. Louis Lambert International Airport but has been criticized as a project. Featured a few times as a “Fleecing of America” segment on NBC Nightly News, Tom Brokaw called it a “Gateway to Nowhere,” costing taxpayers $313 million. MidAmerica’s additional runway is credited with saving Scott AFB from closure during BRAC 2005. MidAmerica is currently often described as a “Gateway to the World,” citing a new cargo terminal and customs facility created to attract international cargo. Congestion at the airport has not been a problem because American Airlines reduced hub operations by 50% in 2003, and a new billion-dollar runway was opened in 2006.

Travelers’ service has increased since Allegiant Airlines restarted its services in 2012 with operations to nine destinations, and a further number increased in 2018.

MidAmerica was named “Airport of the Year” in the category for airports that see more than 10,000 passengers every year by the Illinois Department of Transportation in 2018.

Four airlines have started operations at BLV. While the three went out of business or stopped operations at the airport, Allegiant Airlines continued to offer eight destinations (nine beginning in November 2017):