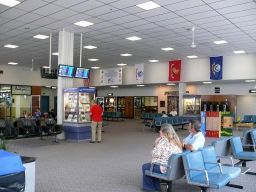 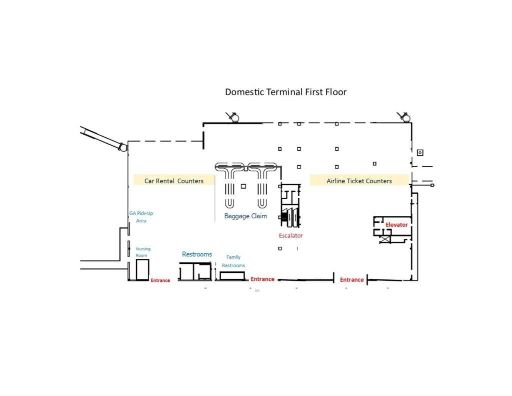 The domestic terminal covers both floors of the Bangor International Airport building. Altogether it has five gates. On the first floor, there are ticketing area, baggage claim, and car rental areas, and meeting space for arriving passengers. On the first floor of the domestic terminal, there also are restrooms, family toilets, and the nursing room for mothers. With escalators and elevators, passengers can go up to the second floor of the building. 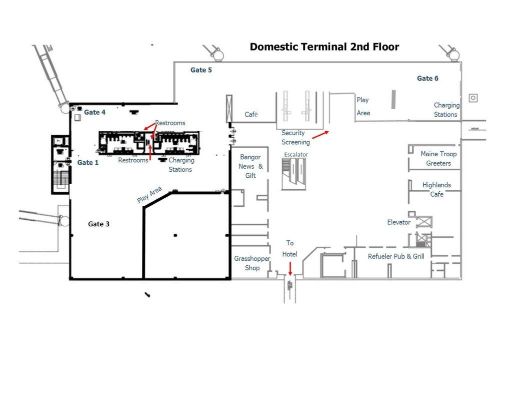 On the second floor of the terminal, there is the main area for the airport services. Including the boarding gates, there also are restrooms, cafes, charging stations, and play areas for the kids. 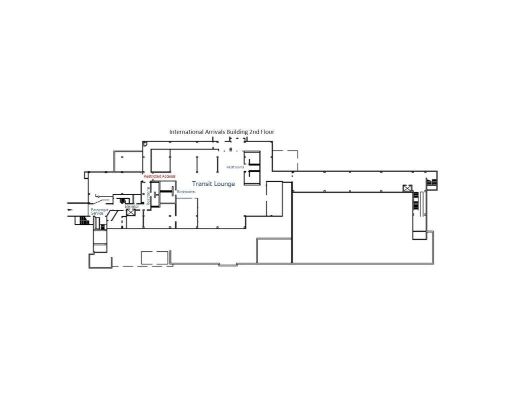 An international terminal of Bangor International Airport is located on the second floor of the airport building. With facilities such as restrooms, restaurants, play areas, and so on, there also is a tourist center where passengers can get any information about the city and surrounding areas. 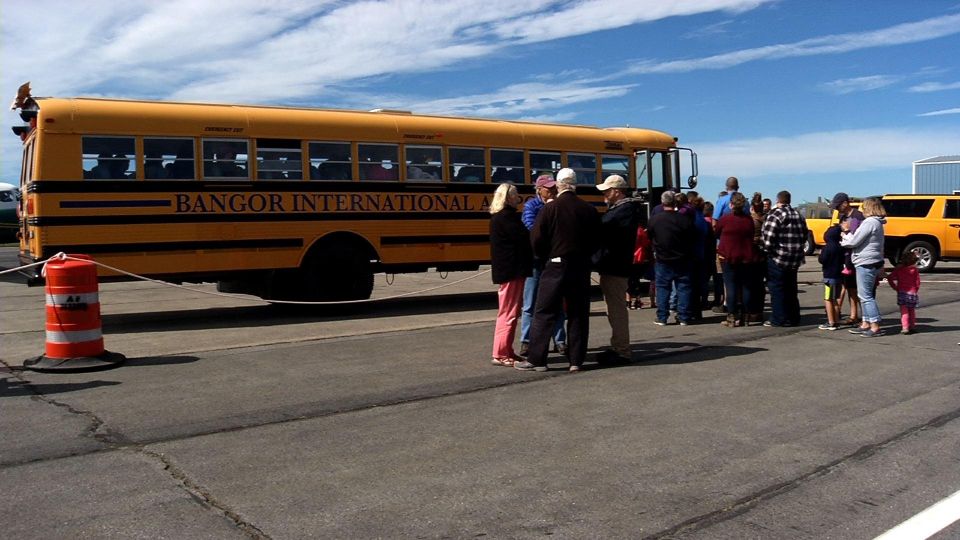 Bus service The Community Connector provides the bus service at the airport. It is a municipally-owned public bus system, which connects Bangor with outlying cities, such as Veazie, Old Town, Brewer, Orono, and Hampden. The City of Bangor operates the bus system. The bus line Capehart serves rides from Union St. to Bangor International Airport, also Airport Mall, and Capehart. The bus fees vary from the monthly pass( which is 45 dollars) to reduced fare ticket for students and seniors, that costs 0.75 $. About a mile away from the airport, there are also Concord Coach and Cyr Bus Lines, operating rides to Portland, Northern Maine, and Boston. Rideshare services From rideshare companies, Bangor International Airport is on the Uber and Lyft system. Both of these companies are operating rides from and to the airport. The vehicle type and the ride type( private or shared trip) is depended on the passenger’s will. 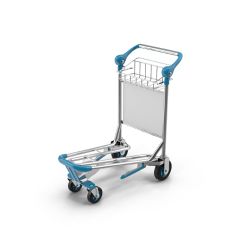 Shopping For the passengers who want to buy souvenirs and gifts at Bangor International Airport, The Grasshopper Shop is there in the travelers’ service. This shop provides items such as clothing, novelties, toys, accessories, jewelry, and so on. There also is the Bangor News and Gifts shop, which provides excellent reading material, anything from newspapers to bestseller novels. They also have a massive selection of local gifts. Restaurants Bangor International airport provides an excellent option for food and coffee to their visitors. Refueler Pub & Grill, located on the second floor of the terminal, offers daily specials, pub menu, and traditional dishes to its customers. The Highlands Cafe provides breakfast, lunch, and dinner menus, with a comprehensive set of coffees. Pets At Bangor International Airport, only enclosed emotional support animals are allowed. The pet relief area is on the second level of the domestic terminal in t 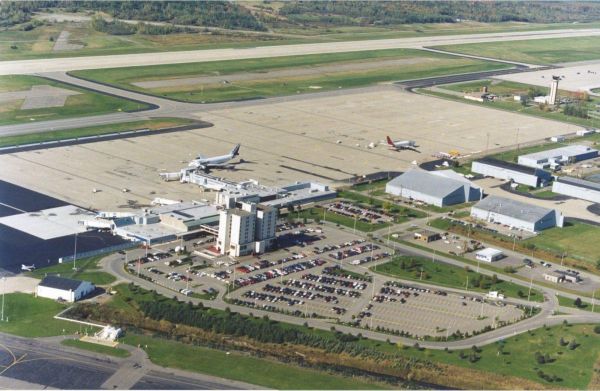