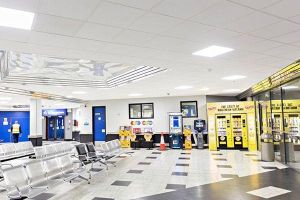 After 1963, the airport built a new terminal, as well as an apron. It included necessary passenger facilities, and it was opened on 28 October by Queen Elizabeth, The Queen Mother. Further developments in the terminal happened throughout the late 1980s and early 1990s. A new executive aviation terminal was established in 1987, and the new cargo center was created in 1991. 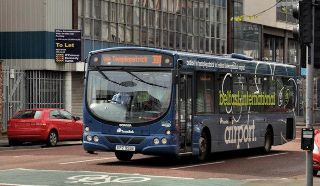 Regarding transportation means, a passenger can use many of them, and they can choose according to their preferences, budget, and many more things. The airport provides various services to make a comfortable atmosphere for passengers. Bus Services at BFS Translink serves there, their express bus service 300 works from its Europa Buscentre in the city center. Their service is accessible 24 hours a day, and every 15 minutes, they start a new road. The company also provides bus connections to Antrim station. Taxi Service at BFS The airport recommends Belfast International Airport Taxi, and it can be booked at +44 28 9495 9595. As an alternative can serve the company Belfast International airport, their number is +44 28 9448 4848. As for Airport taxi transfers, it can be reserved at +44 7532 776 621. 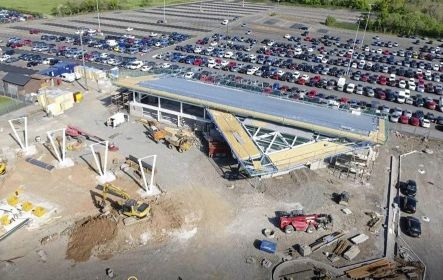 The airport provides 8,000 spaces outside the terminal, and there is the central car park, which is perfect for short break passengers, it is 2-3 minutes away from the terminal. The long-stay park is provided, as well as a short-stay park. Park and Fly are provided as well, and it has a low cost compared to other parking. BFSPayment method As for the payment method, the Belfast International airport gets cash, as well as all kinds of debit/credit cards. There are ATMs as well because passengers need to control their money quickly.