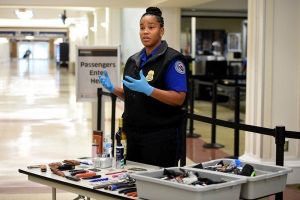 TSA checkpoints Transportation Security Administration operates security procedures at Augusta Regional Airport. TSA provides its service at the security checkpoints and also tries to ensure the secure environment in the whole airport territory. At the security checkpoint, TSA officers ask travelers to place their carry-on baggage on the table for the screening. Passengers must remember to take out laptops and other electronic devices that are more significant than a cell phone out of their bags. Mobile phones can stay in the carry-on bag. There is a long list of prohibited and allowed items on board, and everyone can see that list on the official website of TSA. Transportation Security Administration officers ask travelers to place jackets, belts, shoes in the containers for the screening, and the passengers go through the full-body testing too. To check passengers on weapons and guns is the number one priority for the TSA. In case if there app 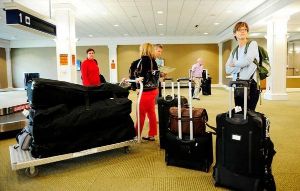 After landing at Augusta Regional Airport, passengers should check their seats for personal belongings, get their jackets, headphones, mobile phones, or other staff together and then leave the airplane. For the lost items, passengers can contact directly to their airlines. After leaving the aircraft, passengers go straight to the baggage claim area to get their checked-in bags back. There are free baggage carts available at the terminal. If visitors want to go to the City of Augusta from the airport, there are many options available for visitors. Several Taxi companies operate at the AGS, there also are car rental company counters providing the best services, and their vehicles are parked on-site too. Another way is to use the hotel shuttle service. 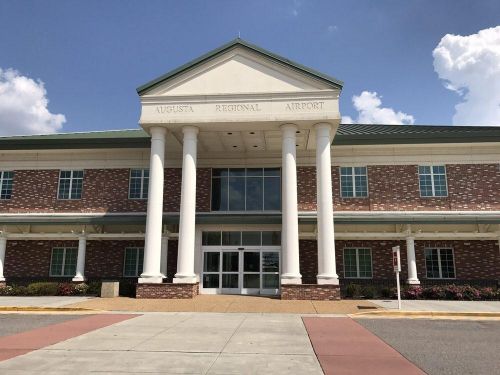 The new passenger terminal of the airport opened in 2007. The terminal building designed the LPA Group, and it is a renovated, modern building with every facility needed for the comfortable service. On the first level of the Augusta Regional Airport terminal, there is a car rental center, with the counters of Avis, Hertz, Thrifty, Enterprise, and so on. There is also the baggage claim area, which has two baggage belts and is located next to the car rental center. Terminal has an airport's lost and found center, an ATM, free Wi-Fi, and other facilities. Restrooms are available pre and post-security. Also, terminal facilities include a coffee shop, restaurant, and gift shops are also on-site. The terminal building is open 24 hours a day. For those passengers who need to stay at the airport longer, overnight stays are also permitted but only on landside. 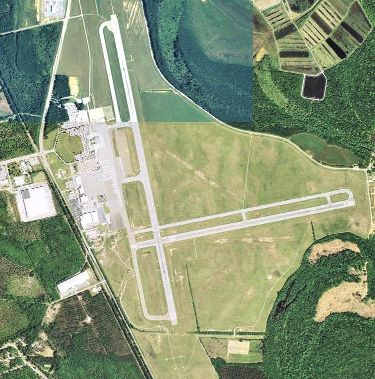 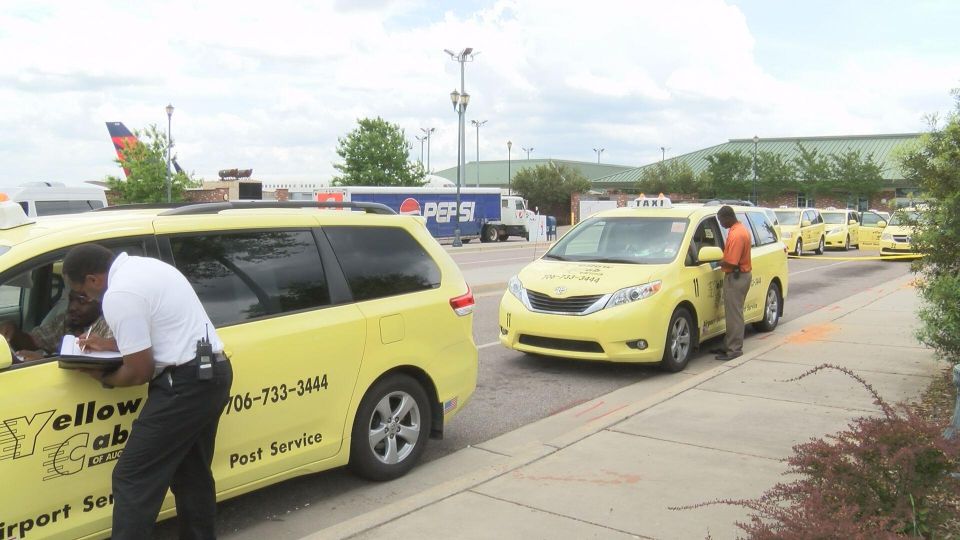 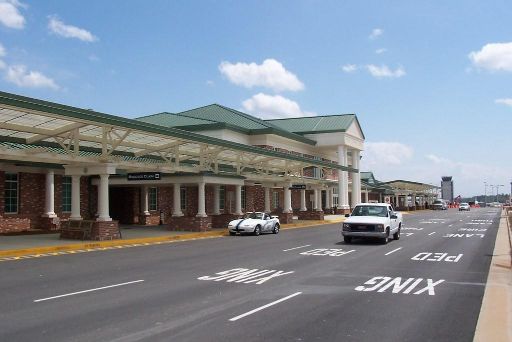 Avis Avi car rental company counter is located in the baggage claim area of Augusta Regional Airport. The company vehicles are parked outside the terminal, within walking distance. When visitors arrive at the Avis counter, they must present their Driver's license to receive their preprinted documents and to get the car keys. Avis employees will accompany the customers to their cars. The minimum age required to rent a car from Avis is 25. People in the age group of 21-24 can also rent a car from this location, but they will be charged an additional 27 dollars per day of rental. For military personnel, the minimum required age to rent a car is 18, and also these customers will not be charged with under-age charges. Renters must have their credit cards with them. At Augusta Regional Airport, Avis also accepts debit cards as payment methods, but only for those customers who are over 25. Address: 1626 Aviation Way, Augusta, Georgia, 30906, Unite 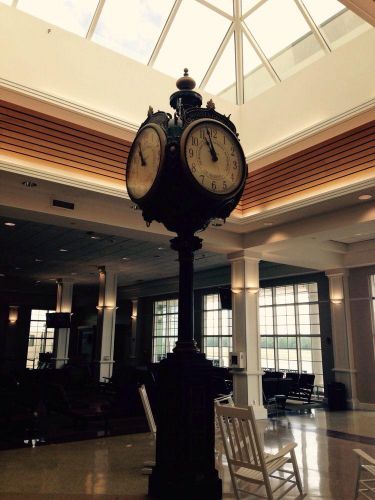 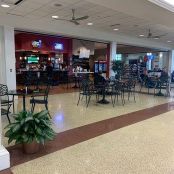 At Augusta Regional Airport, Duty-Free shopping is not available. For those passengers who want to buy souvenirs or gifts, there is a gift shop, located opposite Par 3 Bar and Grill. This gift shop sells clothing, snacks, accessories, and so on. For the food options, there are two options available at the airport. One of them is Wings Bistro, located on the first floor, serving coffee, and the other one is Par 3 Bar & Grill, located on the second floor. There are also vending machines post and pre-security, with sodas and snacks in it.

In 2007, the airport opened a renovated passenger terminal, and the LPA Group designed the project of the renovation. Augusta Regional Airport is served by Delta Air Lines, American Eagle, and Delta Connection. According to the FAA, passenger usage has significantly increased in the past two years.

Augusta Regional Airport is spanned on 1,1411 acres, which is approximately 571 Ha. At an elevation, the airport is on 144 feet above sea level. The airport has two runways, one of them is 8000 feet long concrete, and the other one is 6,001 feet long asphalt runway.

In the year 2017, AGS had 28543 aircraft operations, 78 operations per day. There are 12 based aircraft at the airport, including four multi-engine, two single-engine, two helicopters, and four jets.

The history of Augusta Regional Airport goes back to 1941. It was the year of opening the flight school in the City of Augusta for the United States Army Air Corps. The construction of the school started on April 1, 1941, and the Air Corps wanted to start the training no later than June 7. Building the flight school was proceeding very fast, and the first training began on June 10.

In 1950, airlines moved from Daniel Field to the City of Augusta Bush Fiel, and Bush Field became a commercial airport. From 1955, the airport also was selling fuel and provided services to the aircraft. During the next ten years, passenger traffic grew significantly, and for the year of 1964, Bush Field airport was named as the 135th busiest airport in the United States. In 1965. jet service began at the airport. The airport was, and until this day stays as a self-sufficient facility, that never used tax dollars. The airport changed its name in 2000 and became Augusta Regional Airport. In 2002, the airport completed the "Master Plan," the plan for the future development and economic growth of the airport.